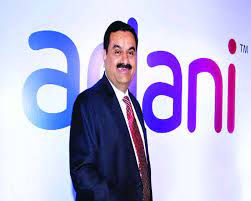 Shares of NDTV have jumped more than 16 per cent since the Adani group launched its takeover bid for the media group, a rally that also comes at a time when bullish sentiments are dominating the broader market.

The diversified Adani group started off with a hostile takeover bid for NDTV by indirectly snapping up 29.18 per cent stake in the broadcaster and followed up with an open offer to purchase an additional 26 per cent shareholding.

On the BSE, shares of NDTV have gained 16.19 per cent during the period from August 23, the day when the Adani group announced the takeover bid, till December 1. In between, the scrip touched its upper circuit limit -- the maximum permissible trading level in a single day -- on multiple occasions.

On Friday morning, the stock depicted volatile trend and were trading 2.23 per cent higher at Rs 435.

Besides, the shares have surged 44.72 per cent compared to Adani group's open offer price of Rs 294 apiece.

The open offer started on November 22 and would close on December 5.

Similar trends were witnessed over the next three trading sessions on the BSE. On December 1, the stock ended at Rs 425.50 on the BSE.

An analysis showed that since the open offer commenced on November 22, the scrip has climbed 13 per cent.

NDTV shares have been witnessing a bullish trend since early July when there was already buzz that the Adani group might be looking at takeover of the media group.

After seeing significant volatility in recent months, mainly due to uncertain global cues, the broader market is on an upswing now.

The 30-share BSE Sensex was on a record-making spree till Thursday. The BSE benchmark on Thursday settled at 63,284.19, its fresh record closing high.

A successful open offer will give Adani group a controlling stake of just over 55 per cent.