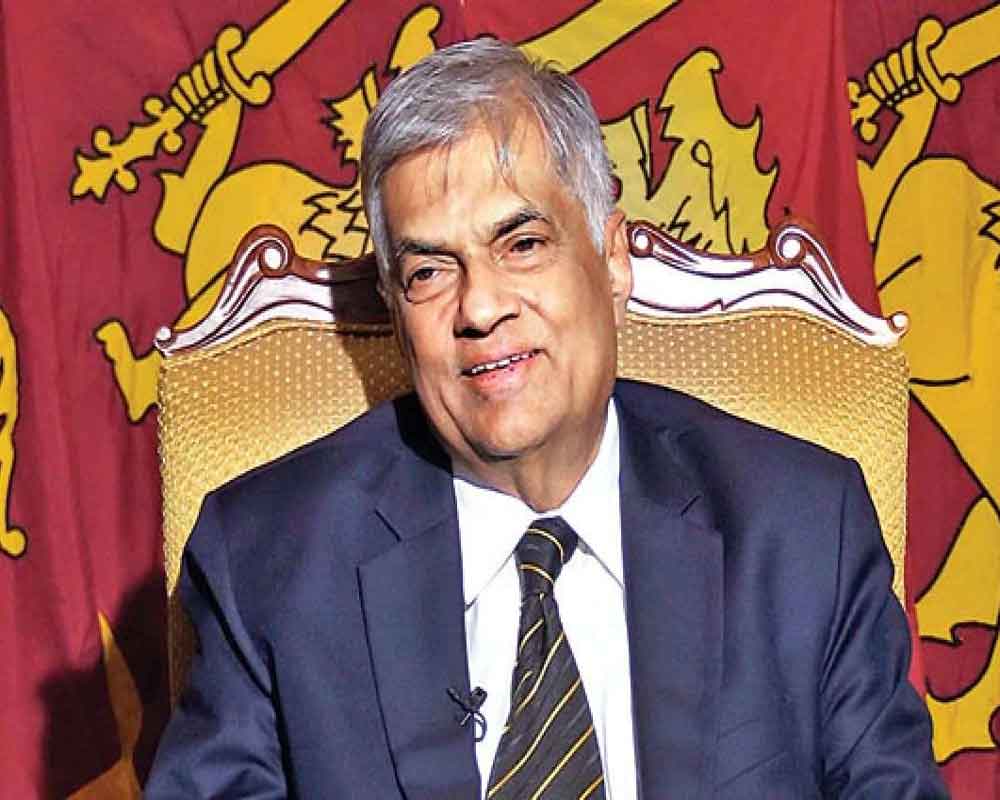 Sri Lanka's newly-appointed Prime Minister Ranil Wickremesinghe said on Monday that his aim is to save the crisis-hit country, and not a person, family or group, in an apparent reference to the Rajapaksa family and its former strongman Mahinda Rajapaksa.

In his first televised address to the nation after becoming the prime minister last week, the 73-year-old United National Party (UNP) leader also said that US dollars will be sourced from open markets to pay for petrol, crude, furnace oil shipments currently in Sri Lankan waters.

Wickremesinghe was appointed as Sri Lanka's 26th prime minister on Thursday as the country was without a government since Monday when prime minister Mahinda Rajapaksa resigned after violence erupted following an attack on the anti-government protesters by his supporters.

"My aim is to save the country," Prime Minister Wickremesinghe said. "I am not here to save a person, family or group."

He said a relief budget will be introduced to replace the 2022 Development Budget.

Prime Minister Wickremesinghe said he would propose to privatise SriLankan Airlines, which is making massive losses at present.

"Even if we privatise SriLankan Airlines, we will have to incur the losses. These losses have to be borne also by the innocent people who have never stepped inside a plane," said the Prime Minister.

Sri Lanka is going through the worst economic crisis since independence in 1948. A crippling shortage of foreign reserves has led to long queues for fuel, cooking gas and other essentials while power cuts and soaring food prices heaped misery on the people.

The economic crisis also triggered a political crisis in Sri Lanka and a demand for the resignation of the powerful Rajapaksas.

President Gotabaya Rajapaksa, who has refused to quit, appointed a new Prime Minister and a young Cabinet last week which would introduce key constitutional reforms to curb his powers, amid protests over the nation's worst economic crisis that ousted his elder brother Mahinda Rajapaksa who is under protection at a naval base following violent attacks on his aides.