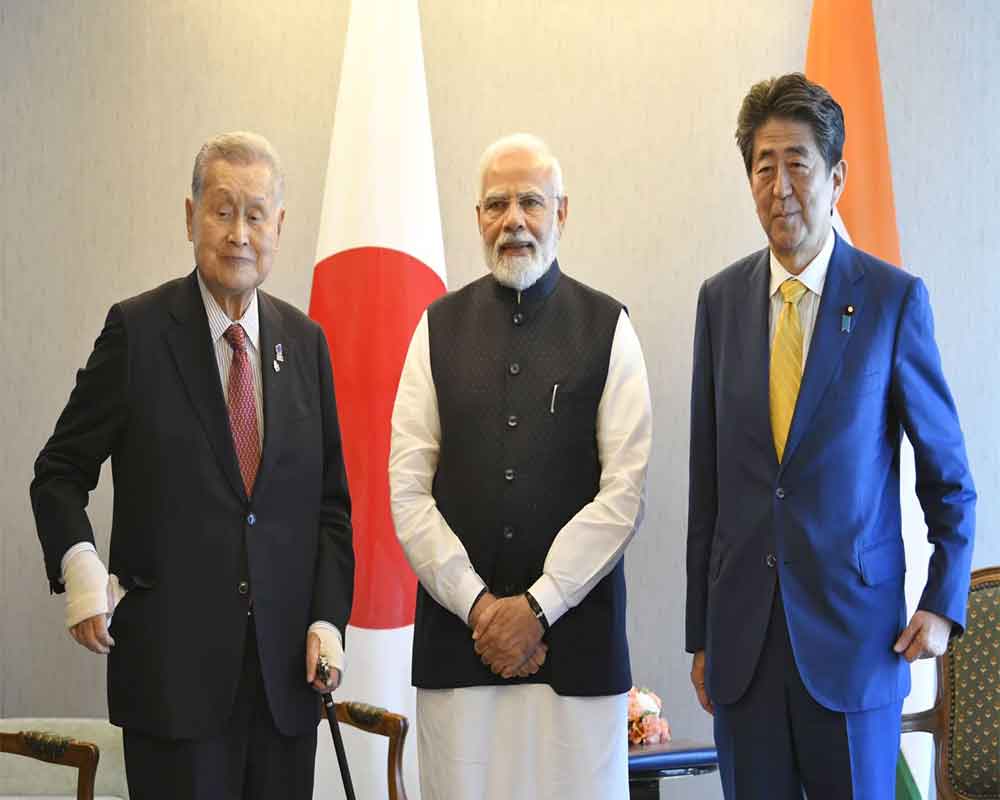 Mori is the current chairperson of the Japan-India Association (JIA) while Abe will be taking over this role shortly. The JIA, established in 1903, is one of the oldest friendship associations in Japan.

Prime Minister Modi appreciated the significant contributions made by JIA under the leadership of Mori in promoting exchanges between India and Japan in political, economic and cultural fields, the Ministry of External Affairs said in a statement.

Modi conveyed his best wishes to Abe on his new responsibilities and looked forward to the JIA continuing its important role.

The leaders also discussed the broad canvas of India-Japan Special Strategic and Global Partnership as well as the shared vision of India and Japan for a peaceful, stable and prosperous Indo-Pacific. Discussions were held on ways to further promote cultural and people-to-people ties.

"Met former PMs @AbeShinzo and Yoshiro Mori. We had wonderful discussions on various topics. The Japan-India association is playing a commendable role in boosting ties between our nations," Prime Minister Modi tweeted after the meeting.

Modi and former prime minister Suga recalled their previous interactions, including their bilateral meeting on the sidelines of the first in-person Quad Leaders' Summit in Washington D.C. In September 2021.

The two leaders exchanged views on on further strengthening the India-Japan Special Strategic and Global Partnership. The Prime Minister invited him to lead a delegation of Japanese MPs to India.