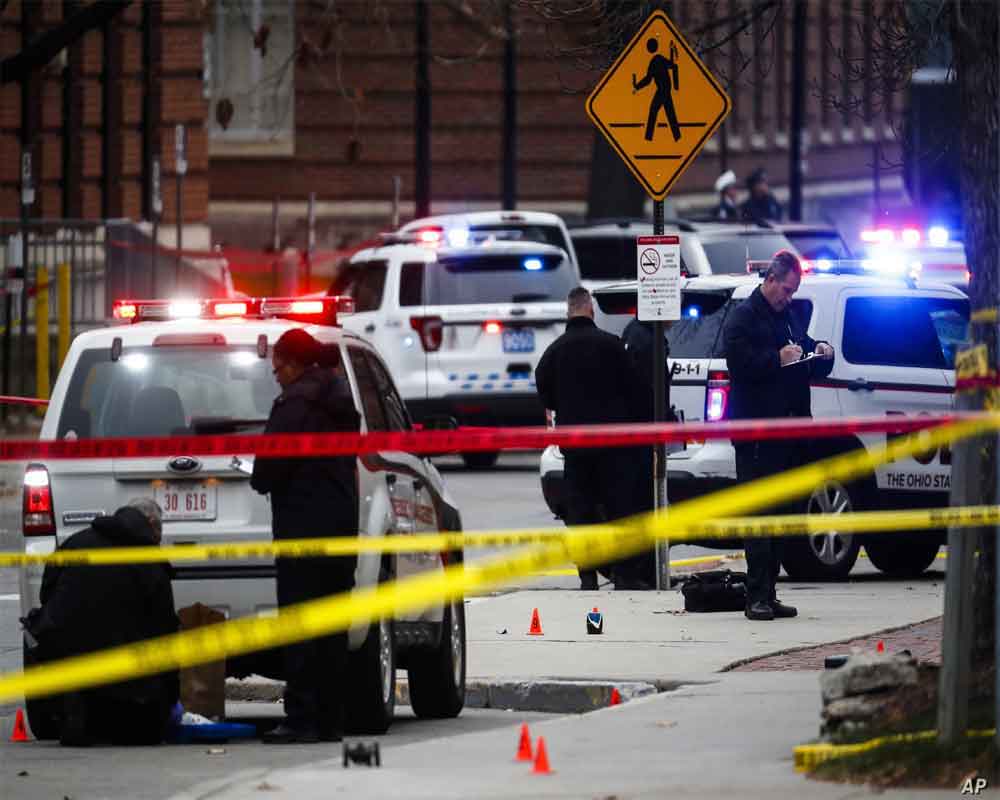 Nine people, including a teenager, were wounded Thursday evening in gunfire outside a neighborhood grocery shop in Newark, police said.

All of the victims are expected to survive and police are searching for a vehicle believed to have been involved in the shooting, Acting Newark Public Safety Director Raul Malave told reporters at the scene.

Five of the victims, including a 17-year-old, brought themselves to a hospital. Four other victims were taken to a hospital by emergency responders, Malave said.

Officers responded to the residential neighbourhood at about 6:19 pm after an alert from the city's ShotSpotter system, which can detect gunfire. Police were looking for a white Honda Pilot that was stolen in Jersey City, Malave said.

It wasn't immediately clear how many people were shooting or why the gunfire started.