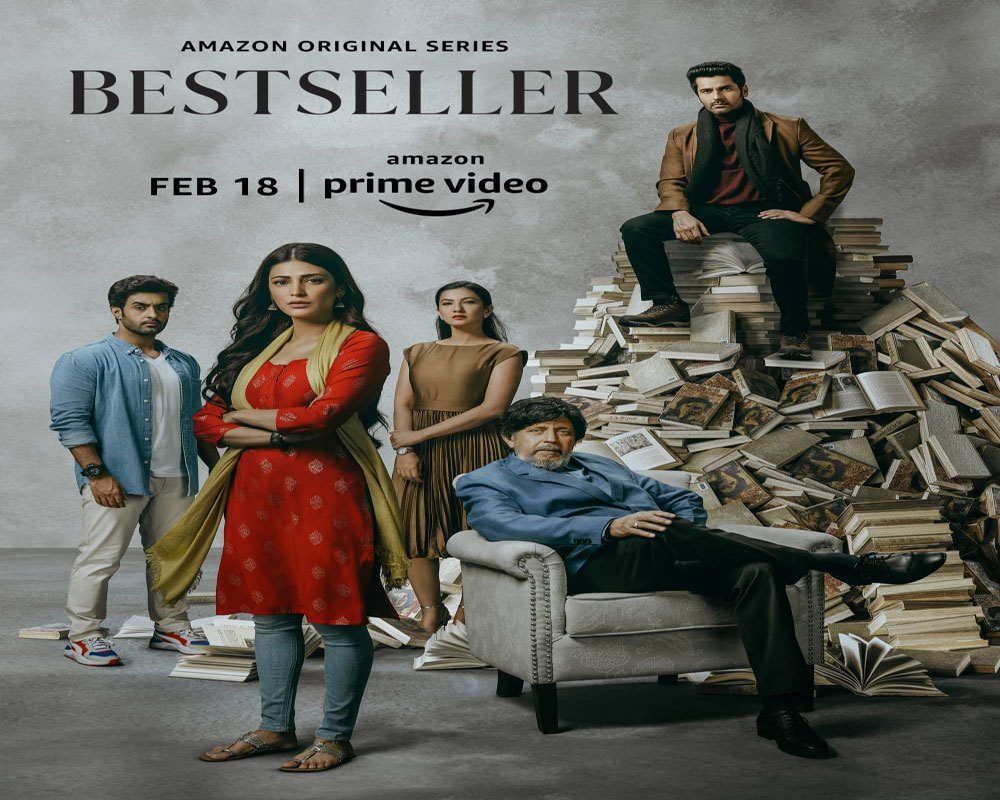 “Bestseller” has been directed by Mukul Abhyankar from a script by Anvita Dutt and Althea Kaushal.

The eight-episode show is billed as a nail-biting suspense thriller weaving a world where every action has multiple meanings.

Aparna Purohit, Head of India Originals at Amazon Prime Video, India said their endeavor has been to bring compelling, engaging and differentiated content to customers and they are thrilled about their latest project “Bestseller”.

“Our latest Amazon Original Series, ‘Bestseller', is a fast-paced, gritty psychological thriller that will pull viewers deep into a vortex of flawed human nature and leave them hooked. It's a complex world where nothing is quite as it seems, and the story gets darker,” Purohit said in a statement.

Siddharth Malhotra, Founder and CEO of Alchemy Production LLP said they are thrilled to partner with Prime Video and believe “Bestseller” is the beginning of a long collaboration with the streaming service.

Malhotra, who has helmed “Hichki” and “We are Family”, said “Bestseller” has been a dream project.

“I have had endless brainstorming sessions with my team nurturing, shaping and transforming this riveting story into a series that I believe will redefine psychological thriller as a genre. Mukul Abhyankar, the director, has tied the story together in an incredible way and the cast have breathed life into the script,” he said.

Produced by Alchemy Production LLP, “Bestseller” will stream from February 18.