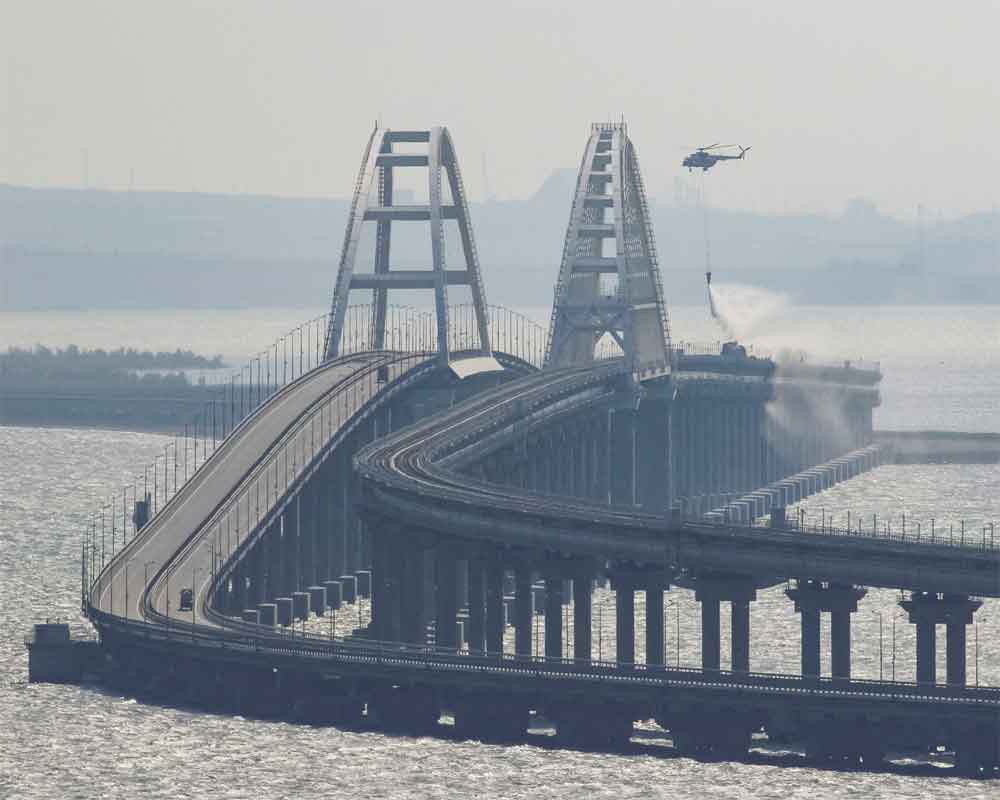 Russian President Vladimir Putin has driven a vehicle across a bridge to Crimea that was damaged by a truck bomb attack in October.

Putin on Monday took the wheel to drive across the bridge that links Russia's mainland with the Crimean Peninsula, which Moscow annexed from Ukraine in 2014.

He also spoke to workers and discussed the repairs of the Kerch Bridge with a senior government official responsible for the project.

The October 8 truck bomb attack disrupted travel on one of the two automobile lanes of the bridge.

Russia blamed the attack on Ukrainian military intelligence and responded with several waves of strikes on Ukraine's energy facilities and other key infrastructure, the latest of which was launched Monday.