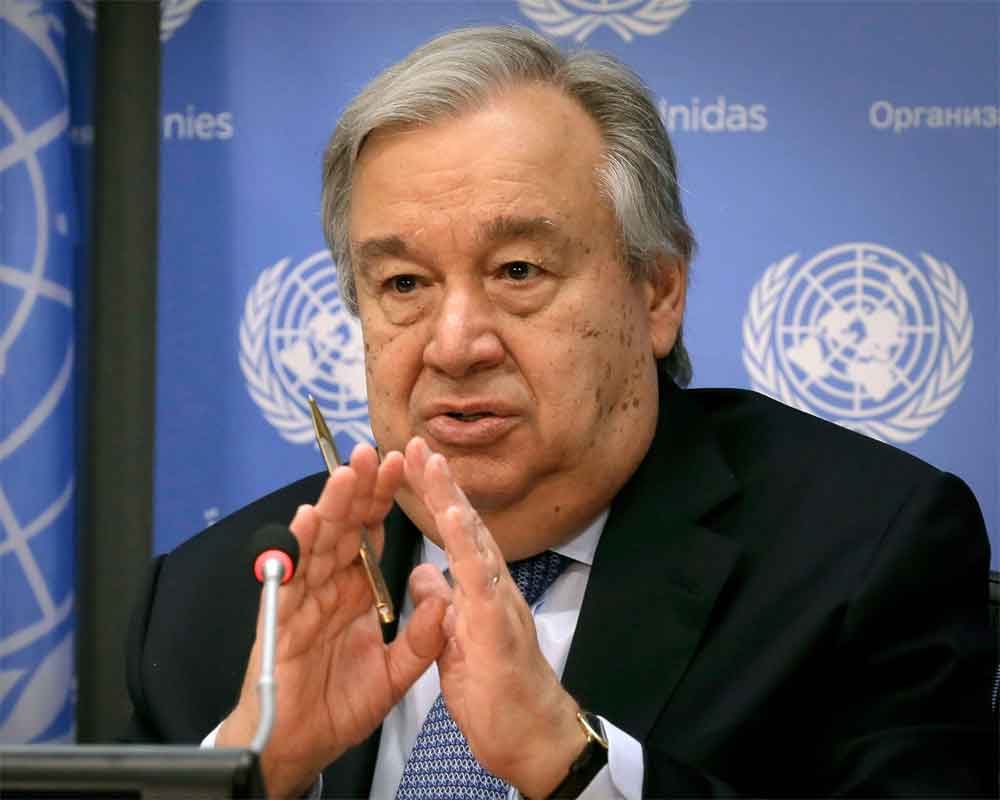 UN Secretary-General Antonio Guterres is “deeply concerned” about the escalation of violence in Sri Lanka and calls on all parties to exercise restraint and find a solution to the ongoing crisis through dialogue, his spokesperson has said.

“The Secretary-General is deeply concerned about the escalation of violence in Sri Lanka. He condemns all violence and calls on all parties to exercise restraint. He continues to encourage all Sri Lankan stakeholders to find a solution to the current challenges through dialogue,” Farhan Haq, Deputy Spokesman for the Secretary-General, told PTI.

On Monday, following Sri Lankan Prime Minister Mahinda Rajapaksa's resignation amid the ongoing crisis, Haq had said at the daily news briefing here that the UN has taken note of the resignation of the Prime Minister.

“We continue to encourage all Sri Lankan stakeholders to find a solution to the current challenges through dialogue and with the interests of the country and the people in mind,” Haq said.

“At the same time, we've also been concerned about the recent violence against peaceful protesters, and we urge calm and restraint, as well as respect for democratic rights, including the right... The freedom of expression and the right to peaceful assembly,” Haq said.

Sri Lankan authorities on Wednesday deployed troops and military vehicles in the streets to ensure public security in the Capital amidst nationwide protests over the government's failure to tackle the worst economic crisis.

The deployment came a day after the country's Ministry of Defence ordered the Army, the Air Force and the Navy personnel to open fire on anyone looting public property or causing harm to others amidst violent protests in the island nation over the unprecedented economic crisis.

Mahinda, 76, resigned as prime minister on Monday amid unprecedented economic turmoil in the country, hours after his supporters attacked anti-government protesters, prompting authorities to impose a nationwide curfew and deploy Army troops in the capital. The attack triggered widespread violence against pro-Rajapaksa politicians.