A hospital too far

A hospital too far 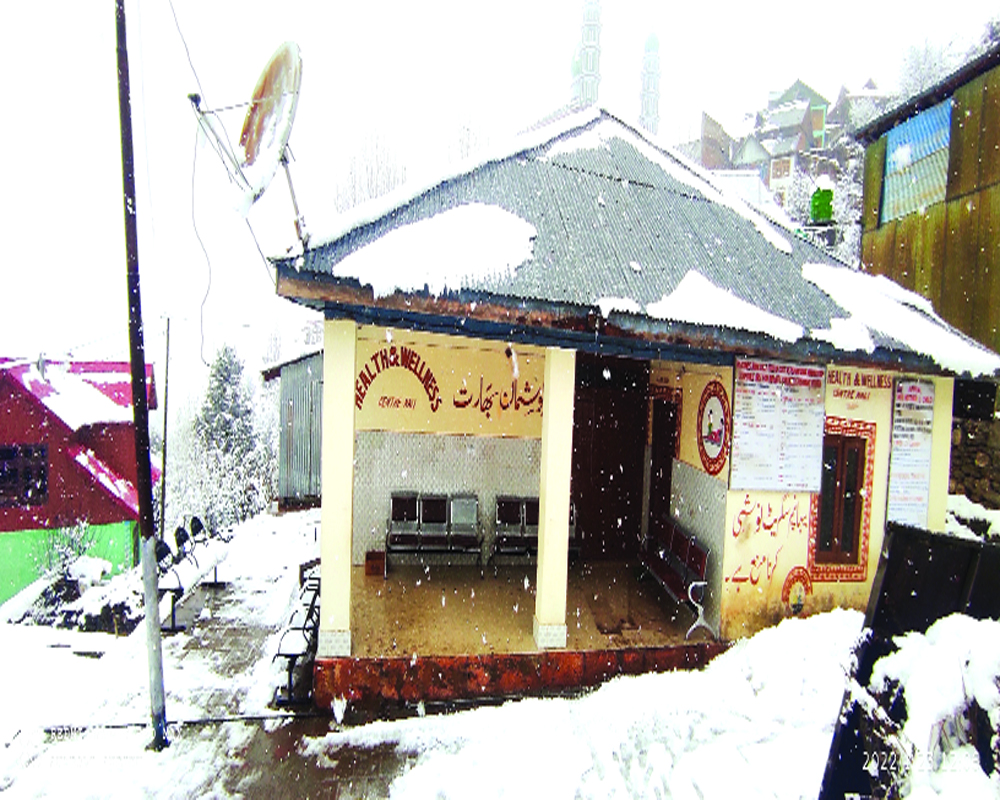 The lack of medical facilities in several remote villages in the Kishtwar district of Jammu and Kashmir has made the lives of its residents difficult, says Shafqat Sheikh

The lack of proper healthcare infrastructure — centres, doctors and paramedical staff — in several remote villages in the Kishtwar district of Jammu and Kashmir has made the lives of residents of this hilly region difficult. Left with no option, they are forced to travel 200-250  km to Jammu, even for basic treatment.

In the Primary Health Centre (PHC) Nali in the Bunjwah region of this district patients are treated in an open area as it lacks basic built infrastructure, staff and medical equipment to cater to people.

The PHC Nali was set up in 1980 in a small space. It took authorities almost two decades to expand the infrastructure. Some rooms were added to the centre in 1999. It's been over two decades since the infrastructure remains as is. It is running with limited, old facilities making it almost impossible for the existing employees and doctors to handle the increase in a patient rush.

At present, the PHC has five rooms — a medical officer's room, a labour room, a laboratory, one dental section and an emergency room. Besides, the beds are often shared by two to three patients at any given time. Even after so many years, the PHC still lacks the ability to provide proper services without compromising the dignity of the people of this distant region.

Expressing the difficulty faced while catering to the needs of the patients, Dr Haroon Rashid Bhat, the medical officer of PHC Nali, said, "With the current strength of staff members and accommodation, it is difficult to run the PHC at night and during sudden emergencies. Moreover, the rise of Covid-19 has further highlighted the gaps in the PHC's operations.”

Noor Din, a local from the region, recalls how as a young child he would visit the PHC with his parents. “Today, I bring my child to this centre but, unfortunately, nothing has changed. In 2012-13, the administration had announced to provide a 20-bed hospital while also improving the existing health centres in Bunjwah on a priority basis. But to our dismay, nothing has happened,” he rued.

Social activist, Ashiq Wani, informed that during 2010-11, 10 kanal of land was acquired for the construction of a separate block, but, to date, no action has been taken. Moreover, according to him, the district administration has been requested to upgrade the PHC to a Community Health Centre and to add more staff, separate blocks, X-rays, ECG, blood bank, and other health facilities.

“During the Covid-19 pandemic, the shortage of space, medicine, and oxygen cylinders hampered the life of a common public in rural regions, as they were at the mercy of God,” Wani further added.

Complaints are regularly made by the people, social activists and NGOs, but the concerned administration is yet to address the issue. During disasters, people need immediate treatment, but without any proper medical arrangements, their lives are often at stake. Moreover, the unwillingness of health professionals to work in remote areas also affects the functioning of an adequate health centre. This requires the administration to take appropriate steps to improve the healthcare facilities of people living in far-flung areas of Bunjwah. Locals should also be consulted while strategising the action plan to address the issue.

(The author is a freelance journalist, columnist and socio-political activist from Kishtwar, Jammu and Kashmir.)