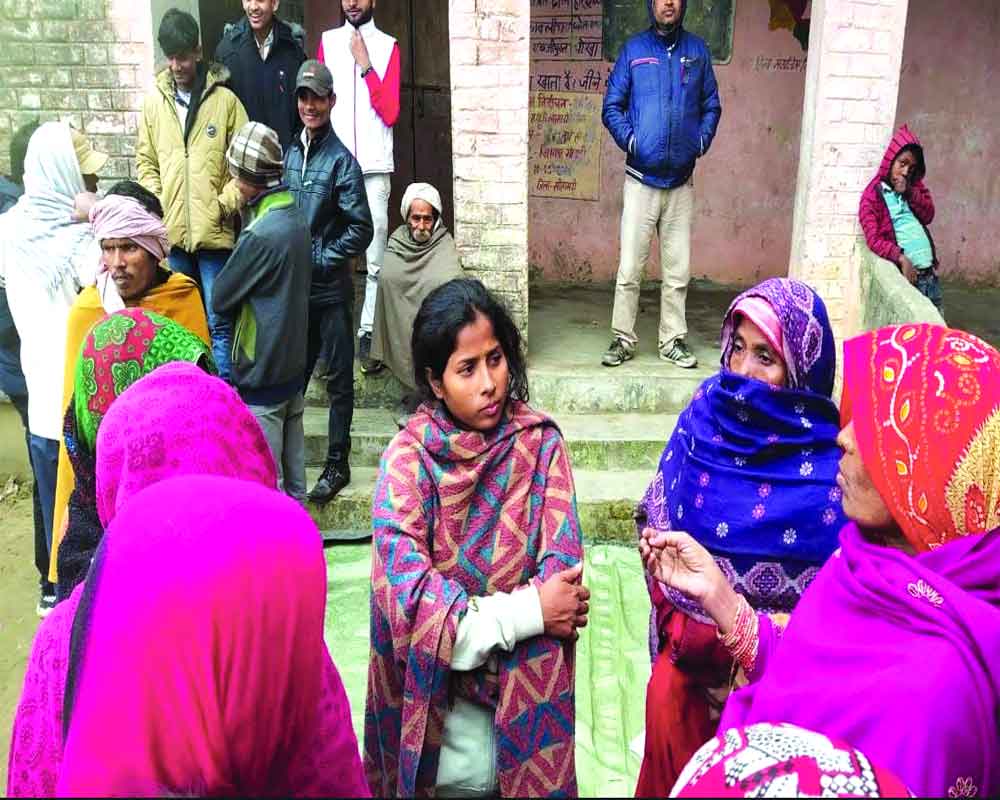 Saumya Jyotsna delves into the effects of more women participating in the electoral process in Muzaffarpur, Bihar

The Government of Bihar has reserved 50 per cent of the seats in the panchayat election for women to motivate them to enter politics. These provisions have helped in increasing women’s participation in decision-making and strengthening women’s empowerment. In the recent panchayat election in Bihar, women from different rural areas have ensured their participation through their candidature. Interestingly, women who have studied at prestigious colleges in the country and worked in multinational companies have also contested the elections.

Take the case of 31-year-old Dolly, who completed her MBA from Symbiosis International University in Pune and worked in several multinational companies before deciding to enter the fray in the recent panchayat elections. Not only did she participate, but also won by receiving 2,600 votes in her favour and is currently the sarpanch in the Shadi Pur panchayat of Manpur block situated in the Gaya district of Bihar. “I started working after I passed my XII standard in 2008. I wanted to get back to my village and work for its development. With this vision in my mind, I finally left my job in 2018,” said Dolly.

In 2014, she got married and has a four-year-old daughter. Her mother-in-law was the sarpanch of Shadi Pur panchayat for eight years but, unfortunately, died during her tenure in November 2018. “The death of my mother-in-law was a huge loss. An educated and responsible person was required to take her place and carry out the duties. This is when I decided to contest in 2018. With everyone’s support, I won the election,” she expressed. Ever since she has been working towards the development of the village and won the panchayat election for the second time.

While talking about her initiatives, she said, “I want to establish a cottage industry in the village so that more women can get work and become financially strong. As women in this village take an active part in agricultural work, they will benefit from this initiative.” On the other hand, talking about the challenges, Dolly informed that the biggest one in the village is domestic violence, which needs to be curbed. Although women in the village complain about it, they are afraid to take action. Over the years, Dolly has been able to bring several positive changes to the village. She has also received the Aparajita Award for Women Empowerment in Excellence of Gram Kachhari by Dainik Jagran for establishing the first digitised village office in Bihar.

Similarly, Priyanka, from Bishanpur Gonahi panchayat in Sonbarsa block of Sitamarhi district in Bihar, is driven towards breaking stereotypes through taking part in politics. However, her journey was not easy. Coming from an average family, her parents did not want to spend on her education and preferred to save money for her dowry. Despite several hurdles, she managed to take tuition and get an education. Even though she had started getting proposals when Priyanka was young, she did not want to get married.

“I told my brother about the situation, who was studying in Delhi. He did not just stop the wedding but also helped me complete my X  standard. I became the first girl from my family to get a first division in the exams,” Priyanka informs gladly.

In 2013, she came to Delhi with her brother, completed her XII and got admitted to Miranda House. Coming from a village with a low literacy rate and getting admission to a prestigious college in the country’s capital is indicative of Priyanka’s grit and spirit. She completed her education in Philosophy. During her course, she came to know about India’s first MBA degree holder sarpanch, Chhavi Rajawat, which motivated Priyanka to become one herself.

“In 2017, I got an opportunity to participate in the Gramya Manthan programme — a 10-day rural immersion initiative — by the Youth Alliance of India. And in 2018, I was entrusted by the organisation with the responsibility of Nibada, Kharagpur, Badi Palia and Chhoti Palia villages in Uttar Pradesh’s Kanpur district, where I started a campaign named Sham Ki Pathshala for the children in the villages and did other developmental works,” she informed.

Inspired by these works, she returned to her village in April 2020 and started working on awareness. Currently, there are four members in her team, who are running the Chetna Choupal programme under the Gram-Chetna-Andolan initiative. Under the programme, they visit different villages and inform people about social issues. She aims to become the sarpanch of her village and, therefore, participated in the recent panchayat elections. Despite her loss in the election, she did not lose her zeal to work towards developing her village.

Women in decision-making positions not only leads to increasing women’s representation but also bridges the gender gap in political decision making. Given the right support and access to resources, these women can undertake outstanding work. And most importantly, society has to do away with conservative notions and discourage those who work relentlessly towards the greater good. As Priyanka puts it, “A woman has to struggle more than a man to get into politics because society wants to only see a woman making bread and this situation is more prevalent in rural areas.”

(The author has been a grassroots journalist for five years and is the winner of the UNFPA Laadli Media Award for Gender Sensitivity 2020 and 2021.)