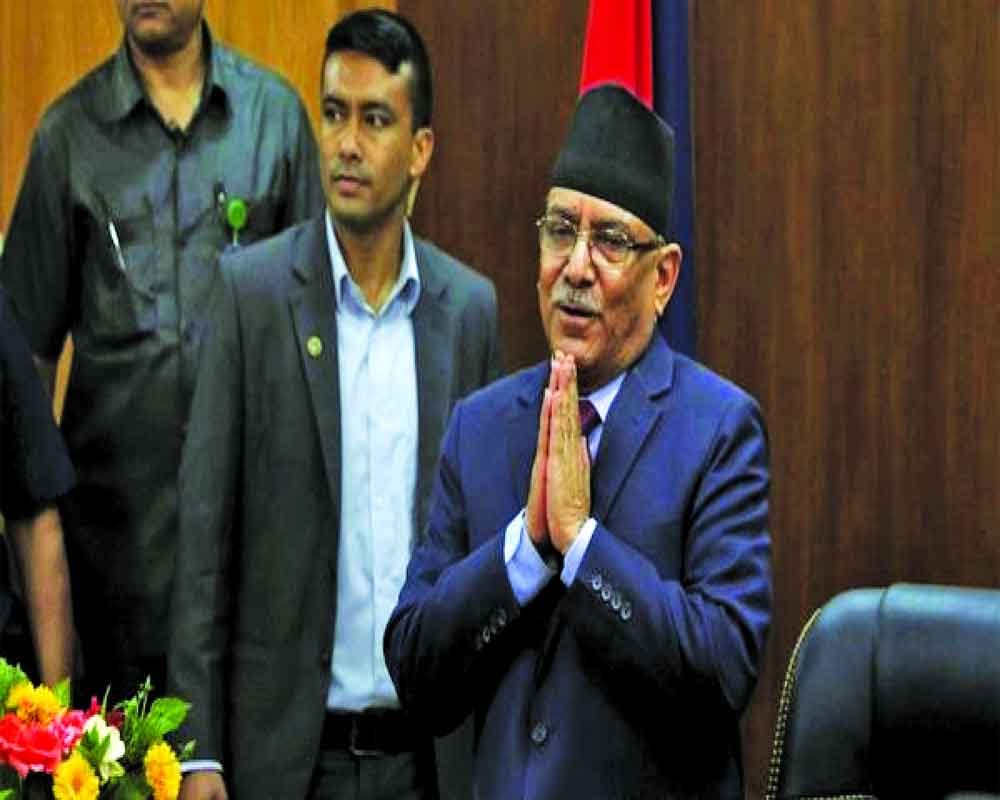 Never before in the history of Nepali politics has a convicted politician been visited in Kathmandu’s jail by a parade of luminaries like former Prime Minister Madhav Nepal, Nepali Congress stalwart Arzu Rana (wife of former Prime Minister Sher Bahadur Deuba), emissaries of Prime Minister Prachanda and many others. Resham Chaudhary of the Nagarik Unmukti Party is in jail for life for inciting fellow Tharus in the killing of seven policemen in 2015 at Tikapur (No 7 province). To obtain his party’s support (three seats) now run by his wife and father, leaders have promised to get his release by ordinance. Everyone knows that will not happen. But such was the desperation of the two primary coalitions led by NC and CPN(UML) and Prachanda especially to add weight to his 32 seats in order to cobble together 138 seats to form the government.

Never before has a single biggest NC- Deuba-led coalition that included Prachanda snatched defeat from the jaws of victory. Clearly, Deuba underestimated the awesome Prachanda who undauntingly led the revolution against the state and monarchy. An ambitious Deuba (89 seats) wishing to be Prime Minister a sixth time (astrologers have predicted he will be PM seven times), refused to yield the first premiership to Prachanda with just 32 seats in a power-sharing agreement that has become the new normal in Nepal. The doubtful locus standi of such agreements and their non-implementation have led to bad blood and revolt. Prachanda, who had done his math and sent adequate signals to Deuba, immediately walked out of Baluwatar to Balakot to join the CPN(UML) alliance of former Prime Minister KP Oli, turning the tables on Deuba. Prachanda’s Plan B has caused a revolt in NC against Deuba for failing to preempt it.

Fire-fighting operations led by Rana (Deuba had no real Plan B) included breaking the Oli—led alliance that included Rajendra Lingden, RPP (14), Upendra Yadav, Janata Samajwadi Party Nepal (12), Rabi Lamichhane RSP (21), Resham Chaudhary Nagarik Unmukti Party (3), CK Raut Janmat Party (5) and several independents claiming 166 seats. It was this grand coalition that Rana attempted to fracture after Prachanda and six ministers had been sworn in on 26 December. In a last-ditch attempt on the week-end before Prachanda’s vote of confidence Tuesday (10 Jan) NC offered one year each as Prime Minister to Lingden and the suspended in-animation CPN (United Socialists) of Madhav Nepal (10 seats). NC made a similar offer to Lamichhane who said he was already deputy prime minister and home minister. An offer was made to Yadav (JSP-N) of Deputy prime minister and home minister and election to the House within six months. When Lingden refused the offer after Oli’s intervention the operation was aborted as arithmetic to disrupt the confidence vote did not work out. Otherwise, as leader of the single largest party, Deuba could have been invited by President Bidya Debi Bhandari to form the government.

The RPP and JSP(N) agreed to support the vote of confidence last Saturday after the Common Minimum Programme prepared by Prachanda was handed over to a high-level political mechanism led by Oli. It was not easy for Prachanda to accommodate the political demands and ambitions of a coalition as bizarre as the one that won the vote of confidence. Third-time Prime Minister Prachanda is no novice in successfully managing contradictions, He learned the tricks on the job as Prime Minister.

President Bhandari’s term expires in March. CPN (UML ) will take the posts of President and Speaker. The name of former Speaker Subhash Nembang is doing the rounds for President though there is a minor domestic glitch. Had Madhav Nepal joined the Oli coalition it would have been a homecoming - like Prachanda’s return - and a possible shot at the presidency. The agreement has also been reached within the winning coalition of government formation in the provinces. Of the seven provinces, ( CPN UML) has bagged four chief ministers in provinces 1, 4, 5, and 7. In Number 7 province no government can be formed without the redoubtable Resham Chaudhary, Maoists will form government in No 3 and No 6 provinces. Ironically, in the No 3 province, no govt formation is possible without RPP. Anti-monarchists will cohabit with staunch supporters of Panch Sarkar, In no 2 provinces, only Madhes Pradesh, JSP (N), and Janmat Party will share chief ministership.

Making the best of a bad job NC Alliance with India’s prodding supported Prachanda in yesterday’s trust vote in unity and also magnanimity in adversity by the party with the largest mandate of the people. They will sit in the opposition with undecided Mr. Nepal and another dwindling Madheshi party, Loktantrik Samajwadi, led by the aging Mahanta Thakur (4 seats). Having missed power by a whisker, NC can claim it has stuck to democratic polity and principles and not chased power. Within sections of NC, the view is different. As for Prachanda, his third innings is fraught with the unknown. But at least for the next year, a vote of no confidence is inadmissible in Parliament. But the threat to Prachanda is from within.