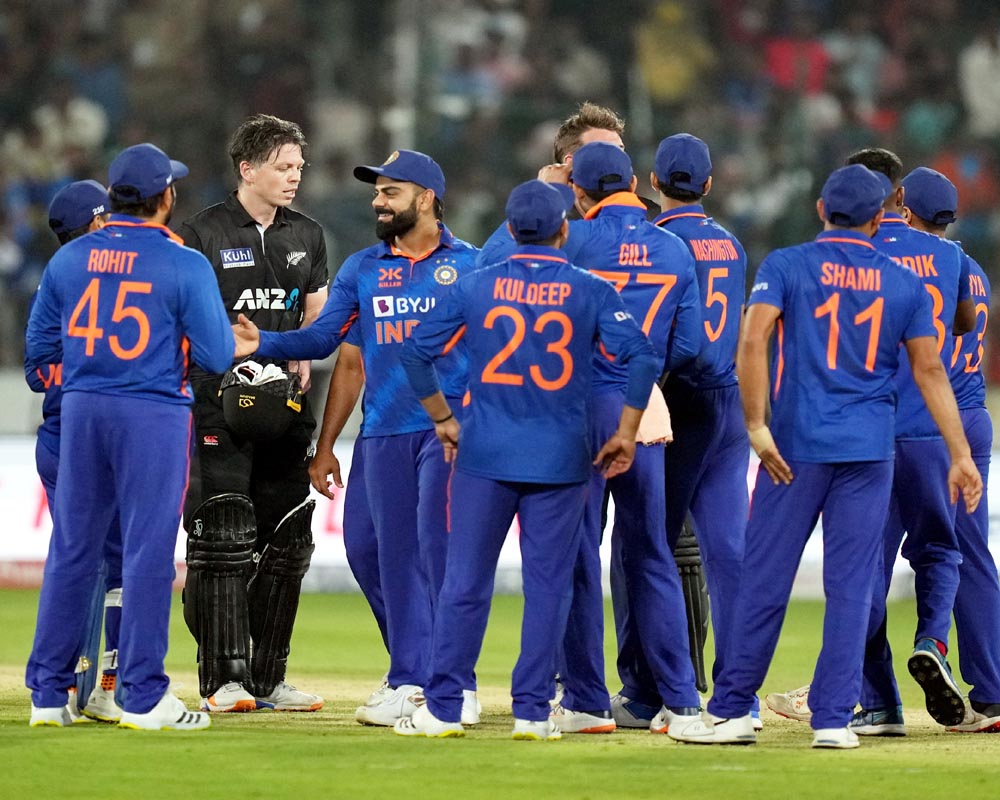 India will be expecting more runs from the middle order and discipline in the death overs as they look for a series sealing win against New Zealand in the second ODI here on Saturday.

With the city hosting its first-ever international game, a sell out crowd of 60,000 plus is expected to cheer the home team.

After being down and out at 131 for six, New Zealand were allowed to score another 206 runs in the chase of 350 and that should worry India.

The visitors looked like getting a remarkable come-from-behind win but the individual brilliance of Mohammed Siraj stopped them.

With the bat, Shubman Gill, who scored a scintillating double century, had singlehandedly taken India to a competitive total with the others falling by the wayside. Virat Kohli's individual effort had stood out in the previous game against Sri Lanka.

Hardik Pandya, who has not been at his belligerent best of late, will be expected to give final flourish to the innings. Accommodated in the middle-order following his double hundred performance in Bangladesh, Ishan Kishan would be itching to make the most of the opportunity after an off-day in Hyderabad.

Skipper Rohit Sharma has looked good and got starts but has not been able to convert, and Saturday could his day.

However, bigger concerns lie in the bowling department after the hiding the bowlers got from Michael Bracewell, who put the Indian attack to sword on Wednesday.

India brought Shardul Thakur into the team at the expense of the super quick Umran Malik considering his batting abilities. But the management needs to decide quickly if it wants a bowler who can bat or a specialist who can rattle the opposition with extra pace and get wickets in the middle overs.

Siraj has developed into an all phase bowler but others need to step up. Mohammad Shami was brilliant with the new ball but was taken to the cleaners by Bracewell. Hardik too was expensive.

In the spin department, Washington Sundar had a game to forget while Kuldeep Yadav continued his impressive run. The team also has the option playing Yuzvendra Chahal and Kuldeep together but it has stuck to one wrist spinner and one finger spinner policy.

New Zealand's never-say-die spirit came to the fore in the series opener and they would take a lot of heart from that. It won't be a regular occurrence that a number seven in Bracwell and number eight in Mitchell Santner will bring back the team from a hopeless situation.

Finn Allen played some bold strokes but could not make it big. And in the absence of Kane Williamson, New Zealand need someone to anchor the innings.

The pace trio of Henry Shipley, Lockie Ferguson and Blair Tickner will be looking for more accuracy after being mercilessly attacked by Gill. It remains to be seen if Ish Sodhi regains full fitness for the must-win game for his team.