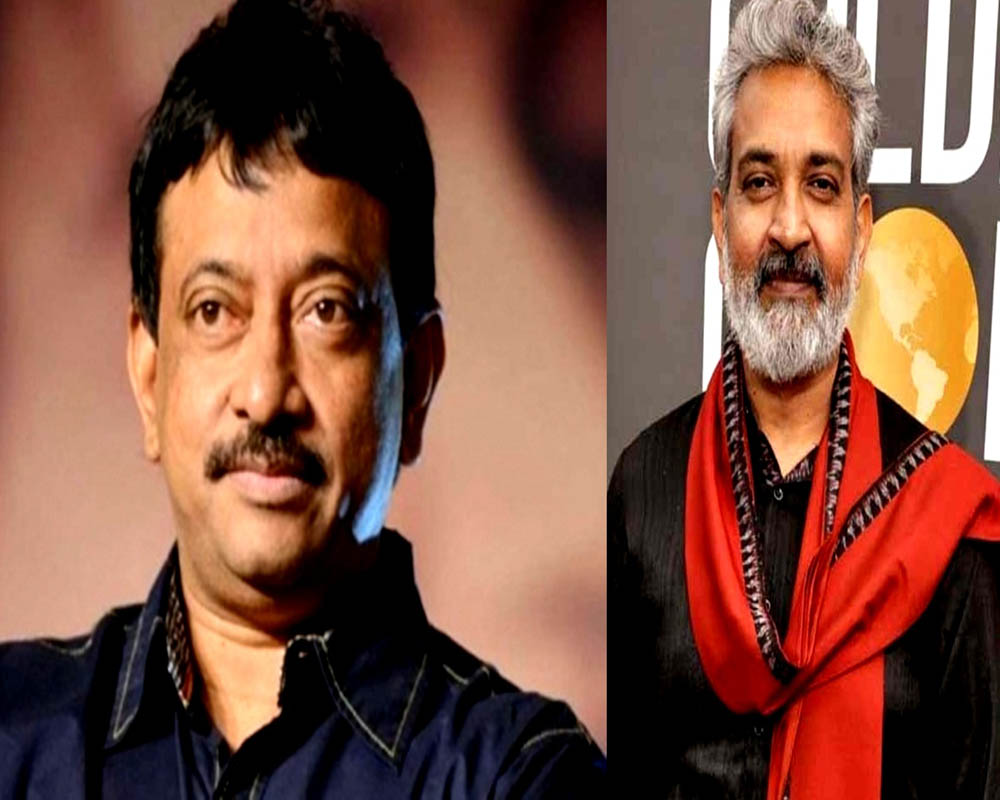 In a string of tweets, director Ram Gopal Varma has praised filmmaker S.S. Rajamouli, whom he says is jealous of, and joked that he is a part of an "assassination squad" of filmmakers set to kill the 'RRR' helmer.

In a banter, Ram Gopal Varma asked Rajamouli to increase his security.

RGV took to Twitter, where he re-shared a video of Rajamouli in a conversation with James Cameron from the 28th Critics' Choice Award where 'RRR' won Best Foreign Language Film.

He captioned it: "From Dada Sahab Phalke onwards till now, no one in the history of Indian cinema including @ssrajamouli could have imagined that an Indian director someday will go through this moment."

"Hey @ssrajamouli U basically SURPASSED every filmmaker from #KaAsif who made #MughaleAzam till #RameshSippy who made #Sholay and also the likes of Aditya Chopras, Karan Johars and the bhansalis of India and I want to suck ur little toe for that."

"And sir @ssrajamouli, please increase ur security because there is a bunch of film makers in india who out of pure jealousy formed an assassination squad to kill you , of which I am also a part ..Am just spilling out the secret because I am 4 drinks down."