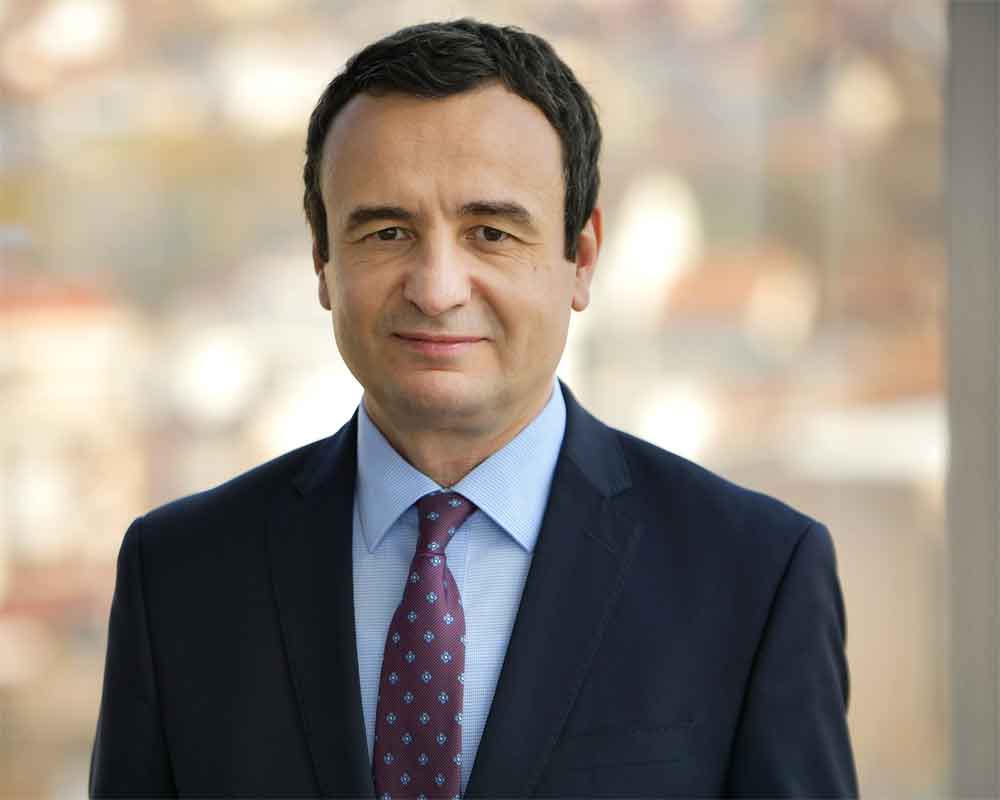 Western envoys on Friday were visiting Kosovo and Serbia as part of their ongoing efforts to defuse tensions and help secure a reconciliation agreement between the two.

Envoys from the United States, the European Union, France, Germany and Italy met with Prime Minister Albin Kurti in Kosovo.

They plan to move to Belgrade later in the day to meet with President Aleksandar Vucic to discuss possible next steps toward normalising relations Serbia and Kosovo.

After more than two hours of “long, ... Not easy, but ... Very honest, very open” talks with Kurti, EU envoy Miroslav Lajcak said it was too soon to announce any dramatic developments on a proposal presented to Pristina and Belgrade last year.

“We had expected better understanding of the opportunities this proposal offers," Lajcak, a former foreign minister of Slovakia, said.

"I hope we will get there, to full understanding and full use of the potential of this proposal.”

The EU has spent more than a decade mediating dialogue between Pristina and Belgrade. No details of the latest proposal have been made public.

“We are in the middle of our mission, and we continue to Belgrade,” Lajcak said.

Last month, the Western powers participated in resolving a tense situation in northern Kosovo, where Serbs erected barricades on the main roads to protest the arrest of a former Serb police officer.

The situation in the north remains volatile. Only a few dozen police officers of the European Union rule of law mission, known as EULEX, are taking care of the area's security after all ethnic Serb representatives resigned from their posts in November.

Kosovo declared independence from Serbia in 2008.

Serbia, with support from allies Russia and China, has refused to recognise Kosovo's statehood, which is accepted by the U.S. And much of the West.

Serbia's bloody crackdown against Kosovo Albanian separatists in 1999 ended with a 78-day NATO bombing which also pushed Serbian troops, police and paramilitary forces out of Kosovo.