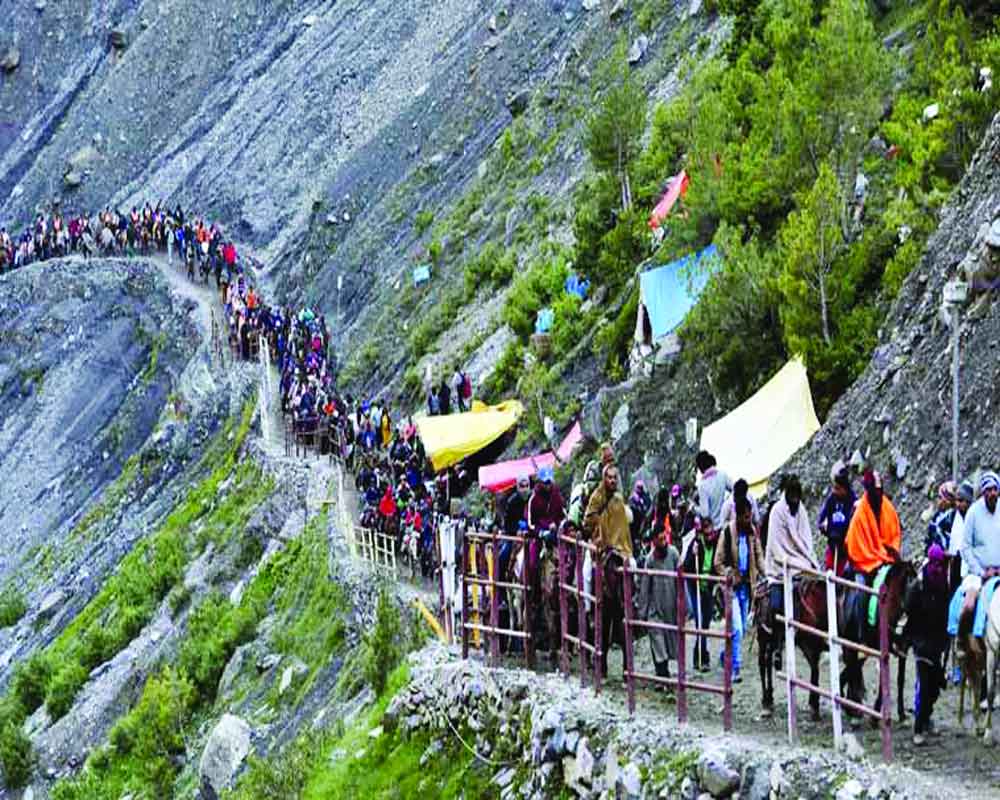 The re-opening of new pilgrimage routes can strengthen people-to-people contacts between India and China. The present scope of the Kailash-Manasarovar Yatra must be extended

A first meeting of the newly constituted India-China High Level Mechanism on Cultural and People-to-People Exchanges will be held on December 21 in New Delhi. It will be co-chaired by External Affairs Minister Sushma Swaraj and Wang Yi, State Councillor and Chinese Foreign Minister. The decision to establish this new mechanism arose during the post-Doklam encounter between Prime Minister Narendra Modi and President Xi Jinping in Wuhan this April.

Both sides are now keen to build a greater synergy through people-to-people ties in order to enhance “exchanges in areas such as tourism, art, films, media, culture, sports and academic and youth exchanges.” This sounds good; though in the past, India has been put to sleep by promises of ‘greater synergy.’ New Delhi should certainly not forget the fact that China relentlessly enhances its presence on the Indian frontiers, particularly north of Arunachal Pradesh and near Ladakh.

A report tabled in the Lok Sabha by the Parliamentary Committee on External Affairs pointed to the dichotomy: “It comes as a matter of concern to the committee that even when India is overtly cautious about China’s sensitivities while dealing with Taiwan and Tibet, China does not exhibit the same deference while dealing with India’s sovereignty concerns.”

For the committee, given China’s muscular approach, it is difficult “to be content with India continuing with its conventionally deferential foreign policy towards China.” But the mandarins of South Block are absolutely unable to see this. It has been one of the greatest tragedies of modern India. There are, however, ways for India and China to build the trust long-cherished by Indian leaders.

Since the end of the 1950s, the Tibet issue has been an impediment to better relations between the two countries. Why is it so? There are many reasons but the most obvious one is simply because before the occupation of Tibet by the People’s Liberation Army in 1950/51, India had a special bond with that region which had different facets: One religious (the Buddha dharma is born in India); one cultural (the Himalayan belt in India shares many values and affinities with the northern neighbours); another is economic (for centuries India and Tibet traded across the passes).

Pilgrimage played an important role in this special relationship. New pilgrimage routes can strengthen people-to-people contacts and become a true Confidence Building Measure (CBM) between China and India. For this, the present scope of the Kailash-Manasarovar Yatra (KMY) needs to be extended. The 1954 Panchsheel Agreement lapsed in April 1962 and six  months later, India and China fought a bitter war over Tibet, the main subject of the agreement. The objective of the accord was to regulate trade and pilgrimage from India to Tibet and vice-versa.

The agreement specified a few points of entry into Tibet: “Traders and pilgrims of both countries may travel by the following passes and routes: Shipki-la pass, Mana pass, Niti pass, Kungri Bingri pass, Darma pass and Lipulekh pass.” Apart from the first one located in Himachal Pradesh, the other passes lie in today’s Uttarakhand.

It is only in the early 1980s that Beijing officially agreed to reopen the KMY. Since then, the yatra is being organised every year by the Ministry of External Affairs. Yatris have to walk via Pittoragarh district before crossing into Tibet at Lipulekh pass. In 2014, a second extremely long route was opened via Nathu-la pass in Sikkim. As a CBM, other traditional yatras could be reopened — one of them is the Tsari pilgrimage.

In the Tibetan psyche, Tsari has always been synonymous with a ‘sacred place’. With the Mt Kailash and the Amye Machen in eastern Tibet, the pilgrimage around the Dakpa Shelri, the ‘Pure Crystal Mountain’, has for centuries been one of the holiest of the Roof of the World. The ‘Pure Crystal Mountain’ lies at 5,735 metres above the sea, north of today’s Upper Subansiri district of Arunachal Pradesh.

The yatra has the particularity to cross over from Tibet to Arunachal Pradesh and return to Tibet. Toni Huber, one of the foremost scholars on the subject, wrote: “The large-scale, 12-yearly circumambulation of Tibetan Buddhist pilgrims around the mountain known as the Rongkor Chenmo had the character of a state ritual for the Ganden Phodrang [Tibetan Government] …Pilgrims in this huge procession crossed the McMahon Line below the frontier village of Migyitun in Tsari district.”

After crossing the Tibet-India border, the pilgrimage proceeded southwards along the Tsari Chu (river) and then turned westwards to follow the Subansiri, to finally cross back into Tibet to reach the first frontier village in Chame county. The southern leg of the Rongkor procession used to pass through the tribal Tsari/Subansiri areas.

Despite the fact that it crossed into India, New Delhi always facilitated the Tsari pilgrimage on the Indian side of the border till 1956. Today, with no solution in sight to solve the border dispute between China and India, the re-opening of the Rongkor pilgrimage could be a significant CBM between India, China and the Tibetan Buddhist population from both sides of the border.

Regarding the logistics, it should be much easier since India has been working on infrastructure in the area, while China has already undertaken development on its side, particularly in Yumed region.  Another area of possible contact is between Ladakh and western Tibet. For centuries, the trade and pilgrimage route for the Kailash-Manasarovar region followed the course of the Indus, passed Demchok, the last Ladakhi village, and then crossed the border to reach the first Tibetan settlement, Tashigang, some 15 miles inside Tibet.

A way forward could be to re-open this route for the KMY pilgrims in a first step; the next one should be to re-open the border for trade. Remember the skirmishes at the end of the 1960s in Sikkim! When the Nathu-La pass was officially re-opened to trade in July 2006, it had the effect of ‘fixing’ the border, drastically reducing tensions in the area. Considering the ‘Nathu-La’ effect, re-opening the Demchok route could be an efficient CBM between India and China.  There would be an additional benefit — it would stop smuggling between China and Ladakh, which poses serious security risks of infiltration for India. We could add to the list the re-opening of the KMY via Mana in Uttarakhand — it would probably be the easiest route. If China is interested in creating a good feeling among the Indian population, it should agree to this small gesture.