Why suppress right to historical knowledge?

Why suppress right to historical knowledge? 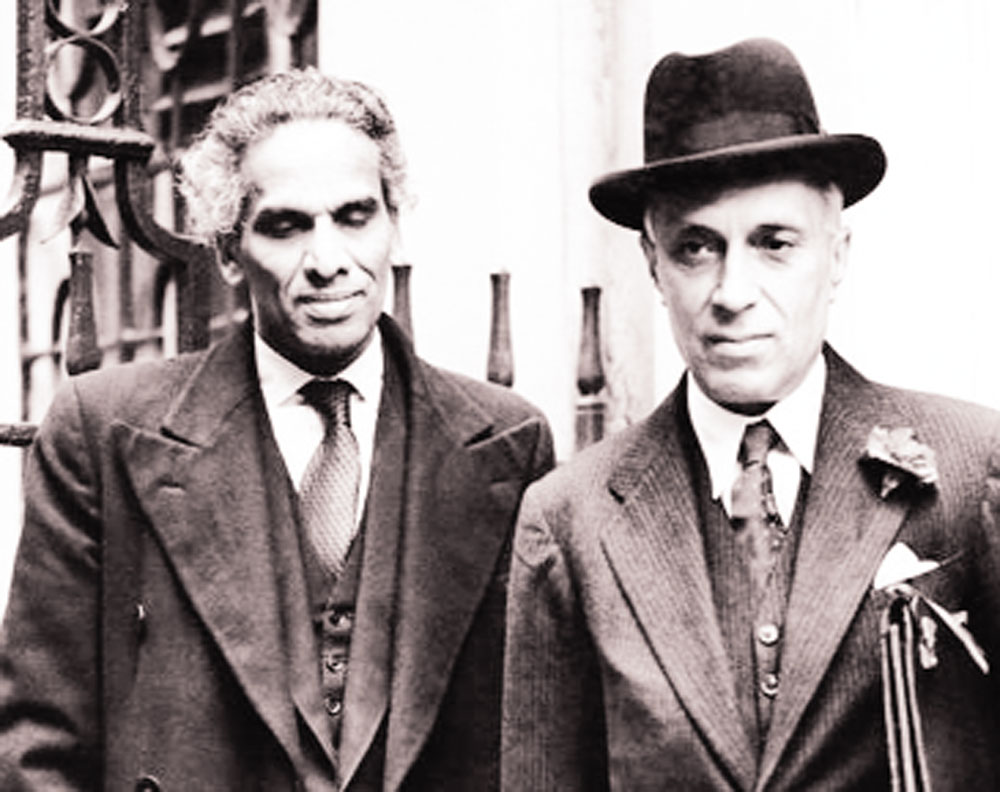 While India has touched benchmarks in many fields, the fact that the Government continues to confiscate modern Indian history not only demonstrates immaturity but shows lack of self-confidence

One of the biggest failures of the present Government has been its ignorance of the importance of post-Independence history. Four years after it was elected to bring about some transparency, hardly anything has changed in this field. Take for example the VK Krishna Menon Papers, held at the Nehru Memorial Museum & Library (NMML); they are still kept under wraps and remain inaccessible to researchers and scholars.

The situation is so ridiculous that when the Selected Works of Jawaharlal Nehru published a large corpus of historical documents (more than 300 pages) related to Zhou Enlai’s visit in India in April 1960, the crucial meetings with Menon were unavailable. Why should the fact that Menon often humiliated competent Armed Forces’ officers, in some cases with the backing of the Prime Minister, be kept secret?

In many ways, Menon with his well-known arrogance and brashness was responsible for the debacle against China in 1962, but nothing has been done to unearth the ‘truth’. Why has the Government not bothered to open the Krishna Menon Papers? The reality is that very few politicians or bureaucrats are interested in modern history (it has sadly been true for all Governments since Independence); the distant past of the Mahabharata is perhaps too attractive.

More than four months after the Central Information Commission (CIC) directed the Prime Minister’s Office (PMO) to make public the records of the Raj Narain Committee — constituted in 1977 to look into the mysterious death of former Prime Minister Lal Bahadur Shastri in 1966 in Tashkent — nothing has happened.

We are facing two issues here: One, no interest of the Government (this includes the Ministry of External Affairs) about modern history; two, very few scholars have the necessary knowledge to go through the files to decide if there is anything which can jeopardise India’s ‘security’ or ‘national interests’. In my experience of years of working in the archives, particularly with the Jawaharlal Nehru Collection (known as Nehru Papers and available at the NMML), very few documents (perhaps one out of tens of thousands) would need to remain ‘classified’. Another irony, the famous Henderson-Brooks report, which for years has been circulating freely from the Internet, is still classified. What does it mean? Nobody in the Government has taken the time to go through it. Why? Because it is so much faster and easier to put a blanket ‘classified’ tag on everything than to make the effort to look into, keeping in mind the ‘national interests’ and blackened a few sentences, if necessary.

In fact, it would be in the ‘national interests’, if most of these so-called secret papers, including the Krishna Menon Papers, were put in the public domain or at least opened to genuine researchers. Interestingly, the CIC recently held that the “people’s right to know the truth …cannot be brushed aside”. In its September 24 order, the Commission said that “in view of the startling incidents that followed (Shastri’s) mysterious death, such as killing of his personal doctor and assistant in two separate ‘accidents’, disappearance of records of the Rajya Sabha committee’s probe, and various significant points raised by journalists…and Shastri’s wife Lalitha Shastri and other family members, the Union Government has a duty to explain to the nation why and how Lal Bahadur Shastri died in Tashkent”.

The same ‘right to know’ should apply to all papers more than 25-years-old. It is not that India has no law; the Public Records Act exists, but laws seem to have been made more for the ‘common man’, than for Government offices. In the Shastri case, the Government was ordered “to place all the so-called ‘classified papers’ before the Prime Minister and the Home Minister and recommended that they “consider the fundamental right to know and demand of the people, (and) to declassify (them), either through an expert committee or by any other process, to get the mystery probed and resolved”.

Probably nothing will happen, like in the case of the Sikkim Papers, where the entire record of the Political Officer in Sikkim between 1895 and 1975 had ‘disappeared’. While India has reached a great maturity in many fields, the fact that the Government continues to confiscate the history of modern India not only demonstrates immaturity but also shows lack of self-confidence. I personally believe that the study of history of the subcontinent could be one of the keys to disentangle difficult problems such as the Kashmir issue and the border row with China. Unfortunately, it is practically impossible to access genuine historical records.

Without rewriting history, it is important to learn from past successes, victories, as well as defeats. In fact, there is certainly more to learn from blunders than success. A case worth citing is Lt Gen SPP Thorat’s report about the ‘Chinese threat’ on India’s borders. On October 8, 1959, Thorat, then responsible for the Eastern Command, sent a paper on the defence of the North-East Frontier Agency (NEFA) to the Army Chief who forwarded it to the Minister. Thorat’s findings were outrightly rejected by Menon, and worse, Thorat was accused of being an ‘alarmist and a warmonger’. Maj Gen VK Singh, who wrote Thorat’s biography, noted that the latter had provided a time-table showing “how the defences would fall day by day in case the Chinese attacked”. He had also advocated the use of the Air Force to counter China.

Sometimes, one is lucky. I recently came across a file of the visit of Kushok Bakula Rinpoche to Tibet in 1956; his secretary DD Khosla brought to the notice of the Government, the existence of the Aksai Chin road: “The Chinese Government have secretly circulated a new map of Tibet among their official organisations and the pro-Chinese Institutions — in which they have shown the whole of Aksai Chin (Soda Plains) hump as a part of Tibet.” The information was dismissed by the Indian Embassy in Beijing, but the point is that it was known to the Nehru Government that China had built road on the Indian territory several years before the issue came to Parliament.

Why is the present Government protecting the Congress for blunders committed more than 60 years ago? This, I am unable to understand. The only solution would be to create under the PMO, an office of the historian, which would make sure that the Indian laws pertaining to records are scrupulously respected. Just a Dream!