Bajrang becomes number one in world in 65kg

Bajrang becomes number one in world in 65kg 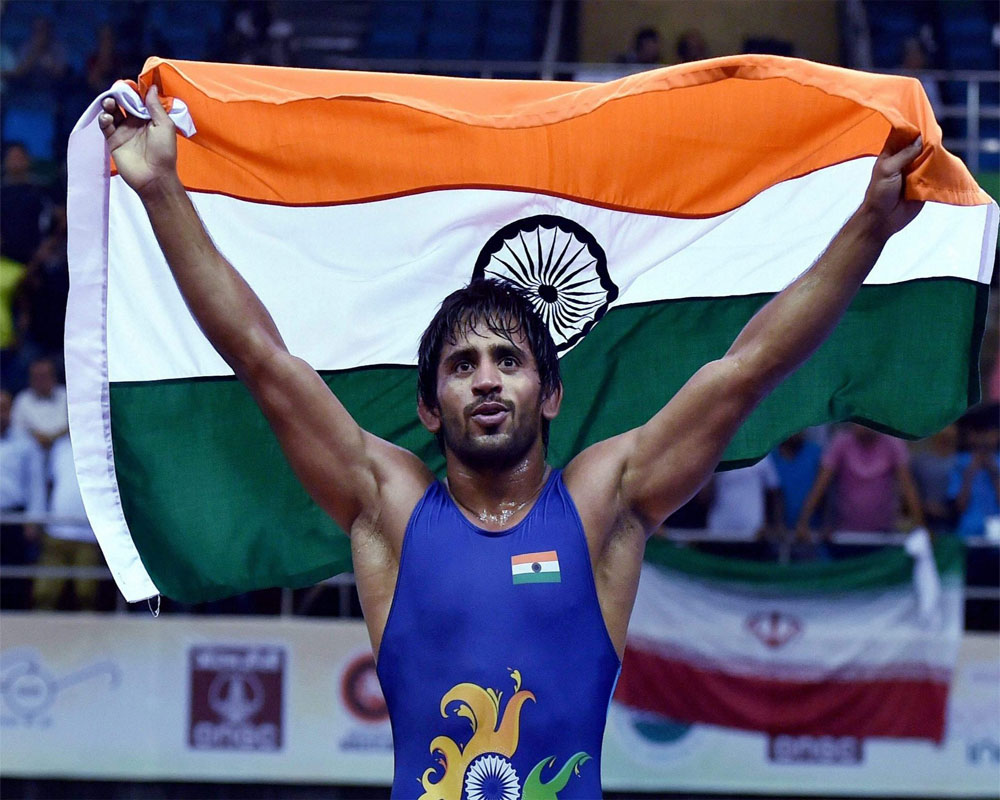 Star Indian wrestler Bajrang Punia on Saturday touched a new high in his career by achieving the number one rank in the world in the 65kg category.

The 24-year-old Bajrang, who has won five medals this season, including CWG and Asian Games gold and a silver at the World Championship, was placed atop the ranking table with 96 points in the UWW list.

It has turned out to be a remarkable season for Bajrang, who was also the only Indian grappler to be given a seeding at the Budapest World Championship.

Bajrang is comfortably leading the table and Cuban Alejandro Enrique Vlades Tobier is a distant second with 66 points. Bajrang had won a close semifinal against Tobier in the Budapest Worlds.

Russia's Akhmed Chakaev (62) is in third place and the new world champion Takuto Otoguro (56) is at number four, followed by Turkey's Selahattin Kilicsallayan (50).

Interestingly, Bajrang is the lone male Indian to figure in top-10 but the country has five female wrestlers who are in top-10 bracket in their respective categories.

Pooja Dhanda, who became only the fourth Indian woman to win a World Championship medal, is now ranked sixth in the women's 57kg with 52 points. She had taken a bronze.

Sarita Mor is ranked seventh in 59kg with 29 points while Navjot Kaur (32) and Kiran (37) are ninth in 68kg and 76kg category respectively.