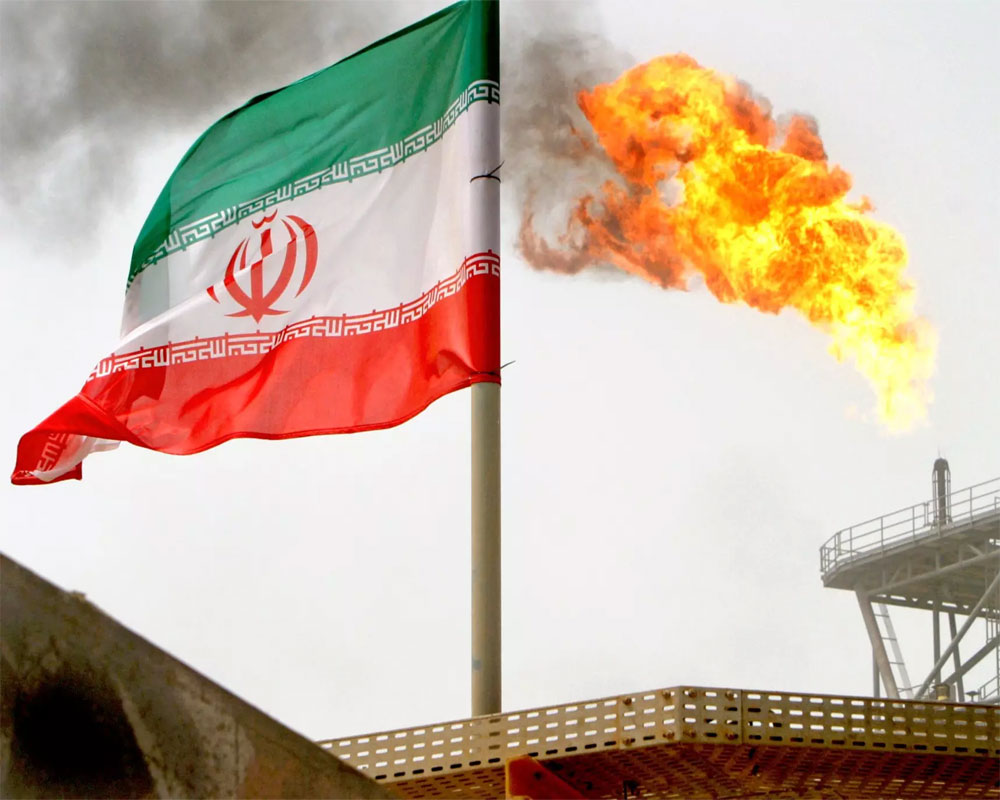 In the first clear indication of India's willingness to continue trade with Iran despite US sanctions, state refiners have contracted import of 1.25 million tonnes of crude oil from the Persian Gulf nation and is preparing to replace dollar payments with rupee trade.

While India wants to continue importing Iranian oil, albeit a reduced volume, US Secretary of State Mike Pompeo last month stated that Washington would consider waivers on the embargo but made clear that these would be time-limited, if granted.

US sanctions against Iran kick in from November 4, which will block payment routes.

Sources said India and Iran are discussing reverting to rupee trade after November 4.

"Iran has been off-and-on taking rupee payments for oil it sells. This rupee it uses for paying for imports of medicines and other commodities. A similar arrangement is in works," a source said.

Details of the payment mechanism would emerge in the next few weeks, he said.

Oil refiners such as state-owned IOC and MRPL could use UCO Bank or IDBI Bank to route oil payments to Iran, sources said.

India had planned to import about 25 million tonnes of crude oil from Iran in the current fiscal, up from 22.6 million tonnes imported in 2017-18. But the actual volumes imported may be far less as companies like Reliance Industries have totally stopped buying oil from Iran and others too are scaling it down in hope of winning a sanction waiver from the US.

US President Donald Trump in May withdrew from the 2015 nuclear accord with Iran, re-imposing economic sanctions against the Persian Gulf nation. Some sanctions took effect from August 6 while those affecting the oil and banking sectors will start from November 4.

Sources said Iran is open to accepting rupee payment for oil and may use the money to pay for equipment and food items it buys from India.

UCO Bank and IDBI Bank have been identified to route the payment as the two have no exposure to the US financial system.

UCO Bank had in the previous round of sanctions handled rupee payments.

During the first round of sanctions when EU joined the US in imposing financial restrictions, India initially used a Turkish bank to pay Iran for the oil it bought but beginning February 2013 paid nearly half of the oil import bill in rupees while keeping the remainder pending opening of payment routes. It began clearing the dues in 2015 when the restrictions were eased.

Besides, New Delhi sought to get around the restrictions by supplying goods including wheat, soybean meal and consumer products to Iran in exchange for oil.

Sources said this time around the entire 100 per cent of Iranian oil import bill can be paid in rupees.

Iran is India's third-largest oil supplier behind Iraq and Saudi Arabia. It was India's second biggest supplier of crude oil after Saudi Arabia till 2010-11 but Western sanctions over its suspected nuclear programme relegated it to the seventh spot in the subsequent years. In 2013-14 and 2014-15, India bought 11 million tonnes and 10.95 million tonnes respectively from it.

Sourcing from Iran increased to 12.7 million tonnes in 2015-16, giving it the sixth spot. In the following year, the Iranian supplies jumped to 27.2 million tonnes to catapult it to the third spot.

Iranian oil is a lucrative buy for refiners as the Persian Gulf nation provides 60 days of credit for purchases, terms not available from suppliers of substitute crudes -- Saudi Arabia, Kuwait, Iraq, Nigeria, and the US.

Besides blocking of banking channels from November, the absence of payment mechanism may pose a challenge to the transportation of the oil as Iranian crude is bought on a CIF basis and shipped on Iranian tankers.

Under Cost, Insurance and Freight (CIF) mode of shipping, the seller assumes the responsibility of transportation and insurance. The liability and costs associated with successful transit are paid by the seller until the goods are received by the buyer.