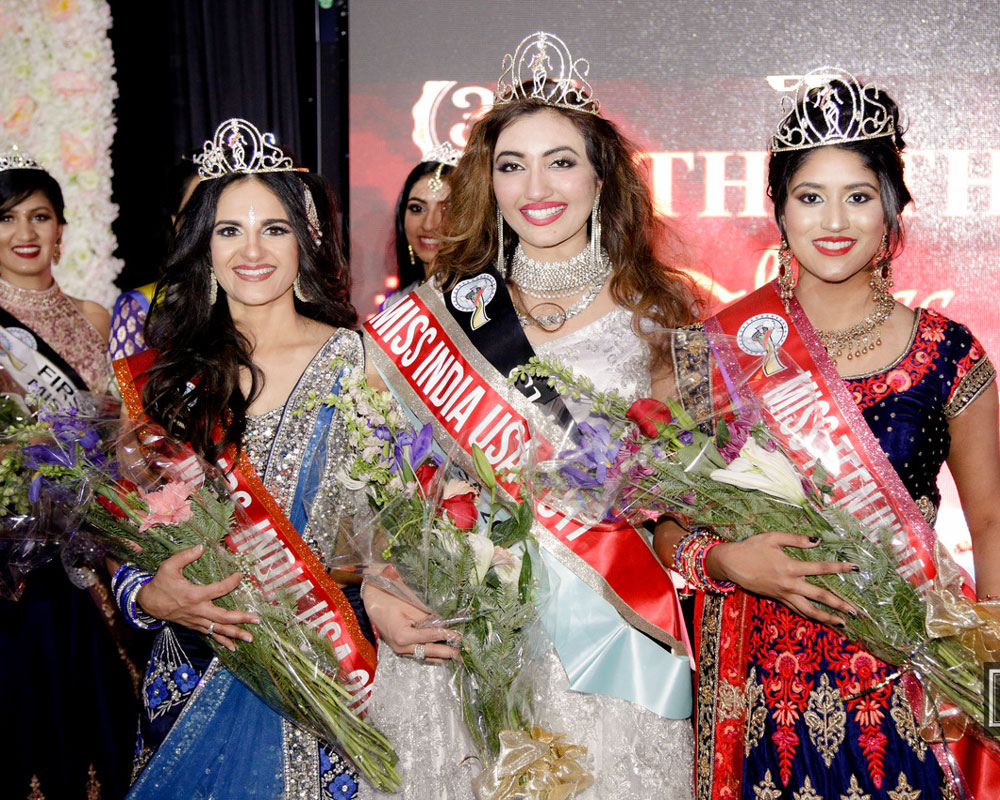 Indian-American Shree Saini has been crowned Miss India Worldwide 2018 at a pageant held in the Fords City of New Jersey.

Sakshi Sinha from Australia and Anusha Sareen from United Kingdom were respectively declared first and second runner ups in the 27th annual global pageant for people of Indian origin.

Organised by the New York-based India Festival Committee (IFC), the pageant is said to be the oldest and largest event for the Indian Diaspora community.

Shree, 22, who was told by the doctors that she can never dance after being installed with a pacemaker at the age of 12, said one should never give up.

"I truly believe your legacy is defined by how you make others feel and the positive difference you make in your lifetime," said Shree, who started her non-profit organisation, when she was 15.

Shree said it was her dream to compete for a world title, which was started when she was in the elementary school.

Indian-origin girls from as many as 17 countries participated in the annual beauty pageant.

India's Mandeep Kaur Sandhu, who hails from Haryana, was crowned Mrs India Worldwide 2018. A mother to a boy, she lost her husband in a road accident in the first year of her marriage.

"I decided to stay single to show to all those who told me that I cannot raise a child alone being a widow. I am here to represent all the widow women. If I can do it, you can do it,” Mandeep said.

Jeya Priya Pandian from Malaysia and Kavita Malhotra Pattani from USA were declared the first and second runner ups of the Mrs India Worldwide 2018 respectively.

The next edition of the Miss India Worldwide will be held in Mumbai in 2019, said Dharmatma Saran, chairman and founder of the India Festival Committee that organises the pageant.

"We are proud of the fact that we have been able to imbibe Indian values, tradition and culture among Indian origin youths across the world,” he said. “We have also been successful in promoting Indian performing arts in the world," Saran said.