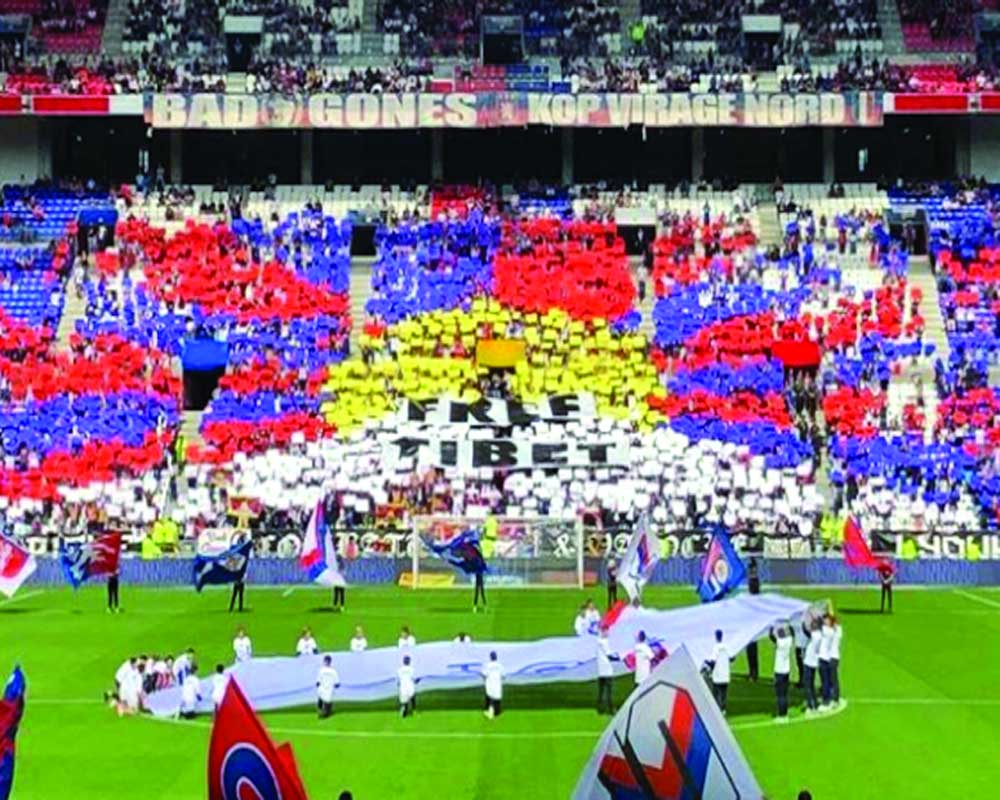 The nation is mighty but also fragile because it has not been able to take the masses and the world along. Xi’s dream of a new era will remain if people are not granted some freedoms

China is a mighty country; we saw it on October 1 at the Tiananmen Square. On the occasion of the 70th anniversary of the People’s Republic of China (PRC), President Xi Jinping was on the same wavelength as his predecessor Mao Zedong 70 years ago, when he announced the foundation of the PRC. The morale of the parade was: “Power comes from the barrel of the gun.”

“No force can ever undermine China’s status or stop the Chinese people and the nation from marching forward,” said President Xi from the rostrum of the Tiananmen Square.

The Chinese Premier reminded those who were present or watched the function that “70 years ago, Comrade Mao Zedong solemnly declared to the world that the PRC was founded and the Chinese people had stood up. This great event completely reversed China’s miserable fate born from poverty and weakness and being bullied and humiliated over more than 100 years since the advent of modern times.” The Chinese State media was ecstatic as it said, “China had reaffirmed its commitment to global peace and development.” It added, “We will continue to work with people from all countries to push for jointly building a community with a shared future for humanity.”

Many doubted as they watched in awe the DF-17 hypersonic ballistic missile (a hypersonic glide vehicle that can deliver both nuclear and conventional payloads) and the new-generation road-mobile DF-41, which made its debut in an official parade. Some 15,000 troops from 59 units, 47 belonging to the ground forces and a dozen air-borne squadrons, participated in the parade. Xi inspected 580 new weapon systems, almost all of them were “Made in China”, proving that Beijing’s military industry is truly becoming self-sufficient. It is a lesson that India has hopefully noted a few days before the Chinese President visits Mamallapuram.

However, a backlash to China’s might has started to manifest. A few days before the parade in Beijing, a telling incident took place in France, which showed that it is not just China’s or the US’ neighbours who have to face difficulties to accept the so-called peaceful rise of the Middle Kingdom. It looked innocuous but at the start of the French Ligue One’s football match between Olympique Lyonnais (OL) and Nantes, an entire wing of the Gerland stadium in Lyon displayed a tifo, a gigantic graphic display organised by thousands (or tifosis) of fans.  A Tibetan flag. Why? Simply because China is the club’s second shareholder and the OL management had decided to reschedule  the match to 13:30 hours for a broadcast in China (matches usually take place at 17:30 or 21:00 hrs). China is simply mighty.

The supporters, known as the “bad gones” (“gones” is the OL supporters’ nickname) wrote on their Facebook page: “At the kick-off, we deployed a tifo representing the Tibetan flag accompanied by a free Tibet banner. Beyond the crypto-politic aspect of this tifo, our objective was to remind everyone that the spectators and supporters are also actors of the match and respect is due to them as much as to a few hundred thousand viewers at the other end of the planet.”

The message to Beijing continued: “These Tibetan flags can piss off the League and its new shareholders, which are under the control of the Chinese State. But we will be delighted to renew the experience…”

It is, perhaps, a sign of what the Financial Review calls a dangerous decade ahead as China’s rise falters: “Economists, defence planners and security strategists have begun testing the consensus around China’s inevitable rise and have come up with some surprising predictions.”

ANI said it in different words: “China exhibits Cold War mentality with huge military parade.” It added: “China regularly likes to point the finger at the US for harbouring a ‘Cold War mentality’ but nothing speaks of militaristic ambitions and martial glory as a large military parade. And no military spectacle comes close to the size of the event held in Tiananmen Square on October 1.”

It is not only the Gaulish tribes who are revolting against the Chinese hegemonic mindset in Hong Kong; lakhs of young people refused to slip under the yoke of Beijing. The former British colony has witnessed defiant protesters for several weeks. Interestingly, Hong Kongers took their campaign against Beijing to their stadium, booing the Chinese national anthem before the city’s soccer team lost to Iran in its first home qualifier for the 2022 World Cup.

The European Union  (EU) recently issued a statement: “The escalation of violence and continuing unrest in Hong Kong, including the use of live ammunition, resulting in critical injuries to at least one person, are deeply troubling. The EU maintains its position that restraint, de-escalation and dialogue are the only way forward.” It further observed: “Fundamental freedoms, including the right of assembly of Hong Kongers, must continue to be upheld and the possibility to hold peaceful demonstrations must be ensured. These rights must be exercised peacefully.”

It is clear that the world will not accept another Tiananmen massacre. Though foreign officials and experts applauded a speech by Chinese President Xi, as Beijing reaffirmed its commitment to world peace and development, one cannot forget that communism killed millions of its own citizens during the past 70 years.

A French book, The Black Book of Communism — Crimes, Terror, Repression, calculated that more than 94 million people were killed by different communist Governments around the world since 1917. The statistics of victims include deaths through executions, man-made hunger, famine, war, deportations and forced labour. In China alone, 65 million people died while the Soviet Union accounted for 20 million. Cambodia and North Korea accounted for two million each. The list is long.

Meanwhile, the propaganda machine of the communist regime in Beijing works in full steam. It published a White Paper entitled, “Seeking Happiness for People: 70 Years of Progress on Human Rights in China.” One of the chapters is on the “Splendid History of China’s Human Rights Protection.”

The restive population of the western Muslim province of Xinjiang or the Tibetans, whose religious freedom has been ruthlessly stifled, will tell you another story.

All this should be kept in mind when President Xi arrives in South India to “informally” meet Prime Minister Narendra Modi. China is mighty and innovative but it is fragile simply because it is unable to take the masses and the world along. Xi’s dream of a new era will remain as long as the Middle Kingdom does not allow a minimum freedom to its own people.