End the culture of silence

End the culture of silence 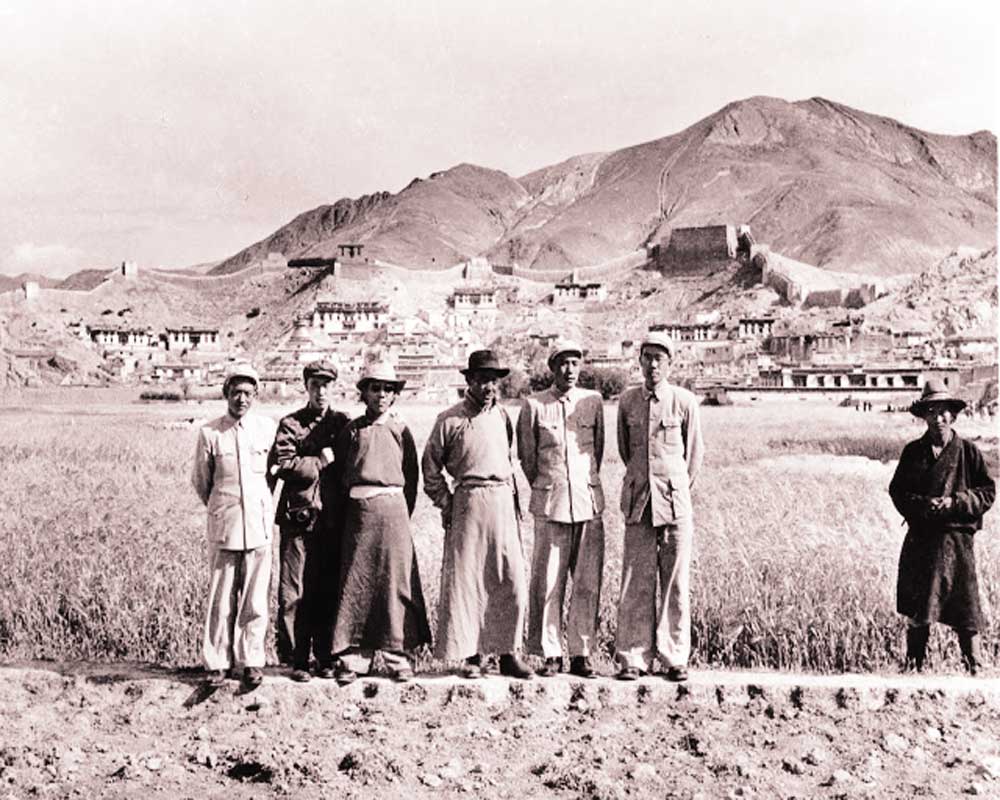 It is surprising that successive Indian Governments preferred to remain mum even as China kept on making advances towards the border. If this continues, a new disaster may unfold

Recently, Sun Weidong, the Chinese Ambassador to India, declared that the positive effects of the second informal summit between Chinese President Xi Jinping and Prime Minister Narendra Modi were gradually showing. He further said that China was keen to promote defence and security cooperation with India for regional peace and stability. This declaration, however, does not tally with the facts. Though he asserted that China’s position on Kashmir was “consistent and clear”, Beijing is planning to raise the Kashmir issue when the Special Representatives (SRs) of India and China meet to discuss the boundary issue on December 21.

It is doubtful if any progress can be made during these talks between Ajit Doval, the Indian SR and Wang Yi, his Chinese counterpart, especially after China requested the UN Security Council (UNSC) to discuss the situation in the Valley again. According to Reuters, Pakistan’s Foreign Minister Shah Mahmood Qureshi said, “China would like to echo the request of Pakistan and request a briefing of the Council ...on the situation of Jammu & Kashmir.” (On France’s insistence, the move was, however, dropped later).

In these circumstances, it is not only difficult to believe that the effects of the Chennai Connect are positive but to trust its hurtful actions such as internationalising an internal issue of India. Unfortunately, successive Indian Governments have not articulated a proper response to this doublespeak.

Take Tibet with its centuries-old relationship with the Himalayan belt, which faded away at the end of 1950s for no fault of India. It brought unbelievable hardship to the local Indian frontier population. In the years preceding the arrival of the Dalai Lama in March 1959, traditional trade as well as cultural and religious contacts between Tibet and India gradually collapsed due to the harsh Chinese occupation of Tibet. By early 1962, the situation was so bad that India had to refuse to prolong the “Agreement on Trade and Intercourse between Tibet Region of China and India”, infamously known as the Panchsheel Agreement. The principles of the lofty Preamble have never been respected by China. Recently, I came across a telling “Monthly Report from Tibet for October 1960” sent by Apa Pant, the Political Officer (PO) in Sikkim to the Ministry of External Affairs in New Delhi. At that time, the Chinese were fast consolidating their presence on the plateau and Indian interests were dismissed. The report says, “The programme of mass settlement of Chinese in Tibet has started. There are rumours in Lhasa that about two-and-a-half lakh Chinese civilians will be brought in and settled in Tibet in the near future. At the moment, the Chinese population, both in Lhasa and Gyantse, has increased considerably.”

While traditional trade with India was progressively stopped, infrastructure along the Indian borders was built on a war-footing (probably to prepare for the border war, which erupted two years later). Though New Delhi pretended to have been taken “by surprise”, reading Pant’s report, one realises that the Indian Government had all the necessary information to see the writing on the wall.

In the report, Pant notes that Chinese cadres continued to pour into Tibet in increasing numbers. Slowly, the demography of the plateau changed and put India and the world in front of a fait accompli. Tibet was Chinese.

Women cadres were also brought in from the mainland: “Lhasa now looks like a Chinese city where Tibetans form only an insignificant minority. The lamas have been taken out of the monasteries and put to work as labourers and the monasteries are being used as public offices by the Chinese.”

If this was the situation in October 1960, one can imagine how the Tibetan capital resembles today. The report continues,  “The Ramoche Monastery in Lhasa is now the headquarters of the traffic police, while the Kundeling Monastery, which had been damaged in the March 1959 struggle (at the time of the uprising against the Chinese occupation), is being utilised to house the Chinese cadres after repairs. The houses vacated by the Kashmiri Muslims have also been occupied by the Chinese cadres.”

Pant asserts that the Chinese “now appear to be in complete control of the administration.” The members of the former Tibetan nobility “are in concentration camps, except for those who had cast their lot with the Chinese Communists prior to the March 1959 conflagration. The latter have been given official positions and can be seen moving about in motor vehicles in Lhasa.” It was a luxury at that time.

What is surprising is that New Delhi kept quiet all these years, trying to negotiate with China an elusive agreement on the border, (still elusive 59 years later). In 1960, the Tibetans in Lhasa were made to adopt the Chinese dress, “the close collar coat and trousers, while the traditional Baku is being discarded… sartorial reforms were being ushered on grounds that they are more economical on clothing material.”

Tibetan children above the age of 12 were sent “in large numbers for education and training to China, which is to last for a period between three and five years… these Tibetan children would be systematically indoctrinated.”

The border trade, formerly carried out by Indian and Nepalese traders, was gradually taken over by the Chinese through restrictive policies and heavy taxation. The Kashmiri Muslims were particularly targetted: “A large number of Kashmiri Muslims have already left Tibet or are on the way out to India,” writes Pant but New Delhi remained silent.

At the same time, troops kept arriving from China: “About 60 vehicles ply each way daily between Lhasa and the Chinese mainland. There are reports of considerable movement of troops on the new Lhasa-Gyantse road. All these troops appear to be fresh arrivals from the mainland. About 10,000 of them have passed through Gyantse during the course of a few days. It is suspected that this movement is towards Bhutan.” Many of the new roads led to Tawang in the North-East Frontier Agency (today Arunachal), says Pant. China was advancing towards the border but probably not to hurt the Chinese feelings, India was keeping mum. When today China continues to hurt Indian interests and feelings, should it continue to keep silent? It can only lead to a new disaster.