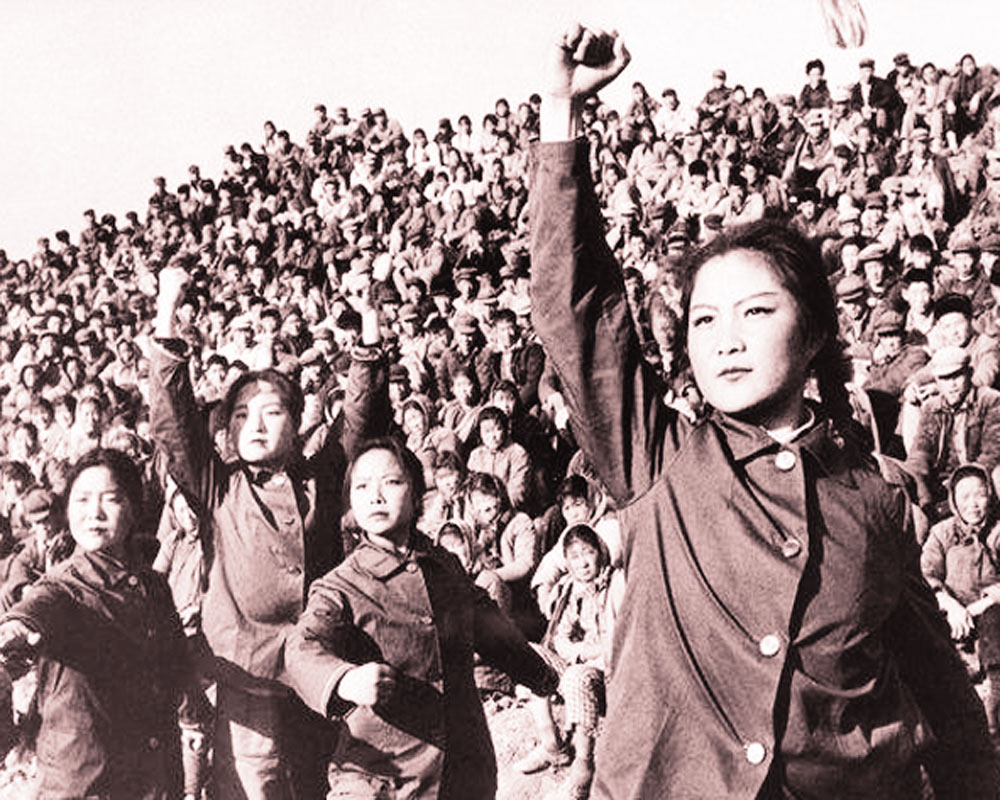 While remembering the events of 1919 and seeking to better integrate the spirit of May 4 into the party’s narrative, the student revolt of 1989 has been completely blacked out

China is suffering from a strange disease, a sort of selective amnesia — certain things from the past are clearly remembered, while other events seem to have been completely erased from the nation’s collective memory (or at least from the party’s annals). Take the May Fourth Movement, which was recently celebrated with much fanfare in every corner of the Middle Kingdom. In this case, the memory of the event, which occurred a hundred years ago, is absolutely clear.

Following the 1911 Revolution in China, the Manchu (Qing) dynasty disintegrated, triggering the fall of imperial rule. Eight years later, the May Fourth Movement took place in the Chinese capital where students started protesting against the nationalist Government’s weak response to the Treaty of Versailles, allowing Japan to control the territories surrendered by Germany in Shandong.

On the morning of May 4, 1919, student representatives from 13 different local universities met in Beijing and drafted five resolutions, in particular, to oppose the granting of Shandong to the Japanese and the creation of a Beijing student union. Later in the afternoon, some 3,000 students of Beijing University marched to Tiananmen Square, shouting slogans such as “struggle for the sovereignty externally, get rid of the national traitors at home” and “don’t sign the Versailles Treaty.”

Nobody can deny that it was a true revolution. Hundred years later, Chinese President Xi Jinping affirmed that patriotism was the core spirit of the 1919 event. He added that the May Fourth Movement inspired the ambition and confidence of the Chinese people and the nation to realise national rejuvenation. “It was also a great enlightenment and new cultural movement of disseminating new thought, new culture and new knowledge,” Xi said.

The President urged Chinese youth “in the new era” to love the country, the party and adhere to the leadership of the Communist Party of China (CPC)…by the way, where was the party in 1919? Seventy years later, another student revolution took place on Tiananmen Square in Beijing and the Communist Party has no remembrance of it.

The aspiration of the students may have been very similar: A craving for a fairer world, more freedom for the youth to express themselves, a more democratic system (termed the ‘Fifth Modernisation’) and greater transparency and participation in the state’s affairs. A power struggle at the top of the party ended with the decision to send tanks on to the Square on June 4, 1989, which  resulted in the death of some 3,000 youths.

The Tiananmen papers, prefaced by a Chinese scholar, Andrew Nathan, gave a clear picture of the decision process inside the Politburo, which led to the massacre. Nathan wrote: “For the first time ever, reports and minutes have surfaced that provide a revealing and potentially explosive view of decision-making at the highest levels of the Government and party in the People’s Republic of China (PRC)…the protests were ultimately ended by force, including the bloody clearing of Beijing streets by troops using live ammunition. The tragic event was one of the most important in the history of communist China and its consequences are still being felt.”

This has completely been blacked out by Beijing. In May 1968, students in France and elsewhere in Europe also dreamt of a better world, but the two-month revolution, often violent, did not result in any casualty, neither from the students nor the police side.

Wang Xiangwei, a former editor-in-chief of the South China Morning Post, wrote an editorial piece for the Hong-Kong newspaper. After mentioning the similarities between the student movement in 1919 and 1989, he commented: “But the Government will disregard the 30th anniversary of another student demonstration in 1989 that preceded its bloody crackdown on June 4. The latter protest may be less seminal in China’s modern history, but its core spirit should not be obscured.”

Wang also noted that before the beginning of the May 4 celebrations, Xi chaired a meeting of the Politburo “to discuss ways to enhance study into the movement’s history and significance. The President seeks to better integrate the spirit of May 4 into the party’s narrative that only it can lead the country’s youth to his goal of national rejuvenation.”

The sad fact is that today, China is probably worse off than in 1989. Sycophancy and repression have reached new heights. Recently, the regime re-established an alliance of nine colleges, called the “Yanhe University Talent Training Alliance,” in order to perpetuate what is called the Yan’an Red DNA. Yan’an was the place where the Long March ended; it later became the centre of the Chinese communist revolution. In the early years, nine university institutions were set up to train the next generation of communist cadres. It was called the ‘Red DNA college’, responsible for spreading the “fire of the Chinese revolution” to the whole country.

Another instance, during the cultural revolution, party committees in universities made the students report on the anti-party faculty members.

After the 1989 Tiananmen massacre, the regime systematically established student informants in key Chinese universities. In 2005, the arrangement was expanded to almost every university and even some high schools explained the well-informed site Chinascope: “Although on the surface, the purpose is to collect information on academic activities, the student informants are the ears and eyes of the communist party authorities in the universities.” One could multiply the examples. One can just guess that China’s freedom-loving students will again revolt one day.

Incidentally, in 1989, the Indian Government ordered the state television to pare down the Tiananmen coverage to the barest minimum. Analyst C Raja Mohan explained: “The Government’s monopoly over television helped Prime Minister Rajiv Gandhi signal Beijing that India would not revel in China’s domestic troubles and offer some political empathy instead.”

Rajiv Gandhi had travelled to China barely six months earlier. Sometimes, it is easier to be Alzeimerish.