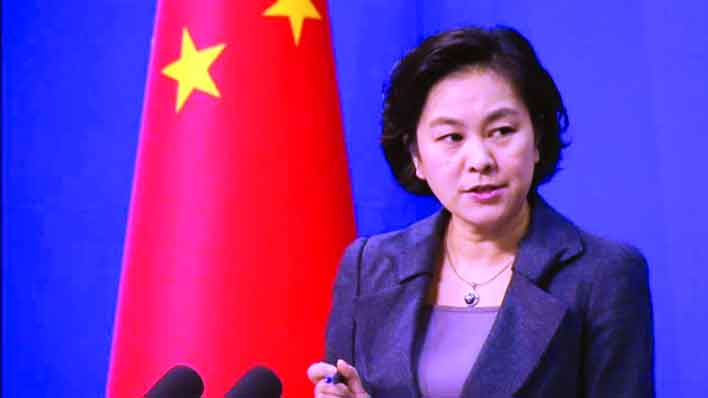 Before making any outrageous claims on border issues, Chinese officials are better advised to do their homework well about history and geography

As usual, South Block issued a weak rebuttal. One wonders why can’t New Delhi speak of the “so-called Tibetan Autonomous Region” or lodge a strong protest each time China does repair work on the road cutting across the Aksai Chin region of Ladakh? Indian diplomats are probably too shy for this. But we should learn from China to defend our interests more vociferously.  Hua’s sharp tongue expressed hopes that “India will cherish the momentum of warming bilateral ties and not take any provocative action.” What provocative action? Just the Prime Minister’s visit to an Indian state? Hua may not be aware but China’s refusal to acknowledge the McMahon Line is a relatively new phenomenon.

Let us go back to 1956. As India prepared to celebrate the 2,500th anniversary of the birth of Buddha, communist China was extremely nervous; eastern Tibet was on fire with the Khampa rebellion, while central Tibet was slowly getting contaminated by the revolt. After months of prevarication, Beijing finally allowed the Dalai Lama and the Panchen Lama to visit India for the celebrations. But Chinese premier Zhou Enlai was really febrile, he was aware that many Tibetans wanted the Dalai Lama to stay on in India; as a result, he visited Delhi thrice in a period of two months.

During one of his numerous encounters with Zhou, Prime Minister Jawaharlal Nehru asked him: “But I do not quite understand what you meant when you said that Tibet in the past had not become a province of China?” The premier answered: “That Tibet is part of China is a fact but it has never [been] an administrative province of China and has kept an autonomous character.” For Beijing, the autonomous character would remain on paper only. Zhou even admitted that India knew more about Tibet’s past history: “For example, I knew nothing about McMahon Line until recently when we came to study the border problem after the liberation of China.”

Hua would be surprised to learn that China’s premier did not know about the line delineating the border between Indian and Tibet till the early 1950s. Nehru unnecessarily asserted that historical knowledge was not important: “History is gone.” He, however, added: “My impression was that whatever it may be in theory, for all practical purposes, Tibet has all along been autonomous.”

The clever Zhou repeated that though people like him never knew about the McMahon Line till recently, the Kuomintang regime knew about it. Referring to the McMahon Line, he spoke of a “secret” pact between British India and Tibet at the time of the Simla conference.

To come back to the Nehru-Zhou meeting, the Premier continued on the McMahon Line: “And now that it is an accomplished fact, we should accept it. But we have not consulted Tibet so far. In the last agreement, which we signed about Tibet [in 1954], the Tibetans wanted us to reject this Line but we told them that the question should be temporarily put aside.”

The Chinese Premier bluffed: “But now we think that we should try to persuade and convince Tibetans to accept it.”

Then, Nehru went on his favorite argument: “The border is a high mountain and sparsely populated.” He further asserted: “Apart from the major question, there are also small queries about two miles here and two miles there. But if we agree on some principle, namely, the principle of previous normal practice or the principle of watershed, we can also settle these other small points.”

It is a fact that it is the nationalist government which made the communists realise the extent of the Chinese territory in the area. It is Ren Naiqiang, an influential scholar during the Republican era, who first included parts of the north-eastern borders of India into the Chinese territory. In 1926, long before the beginning of the Japanese war, Ren had started wandering through Kham. In 1936, as the Nationalist Government formally established the new province Xikang (corresponding to Kham province of Tibet), Ren Naiqiang was encouraged by Liu Wenhui, the Governor of the new province, to produce a map of the area. Though the Chinese had never set a foot in the area, the new map included the North East Frontier Agency (NEFA) in China.

At the end of 1949, Ren Naiqiang met Marshal He Long, one of the seniormost generals of the People’s Liberation Army (PLA) and explained why his map was dependable; the Marshal was convinced and ordered the distribution of copies. On January 10, 1950, He Long sent his report to Mao Zedong strongly recommending that Ren’s map should be accepted and circulated amongst the PLA. It is after this encounter that China started “claiming” India’s NEFA (today Arunachal Pradesh). Before making outrageous claims, Hua should do her homework and know her country’s history. China has not always claimed NEFA.

(The author is an expert on India-China relations.)