Not a recipe for disaster

Not a recipe for disaster 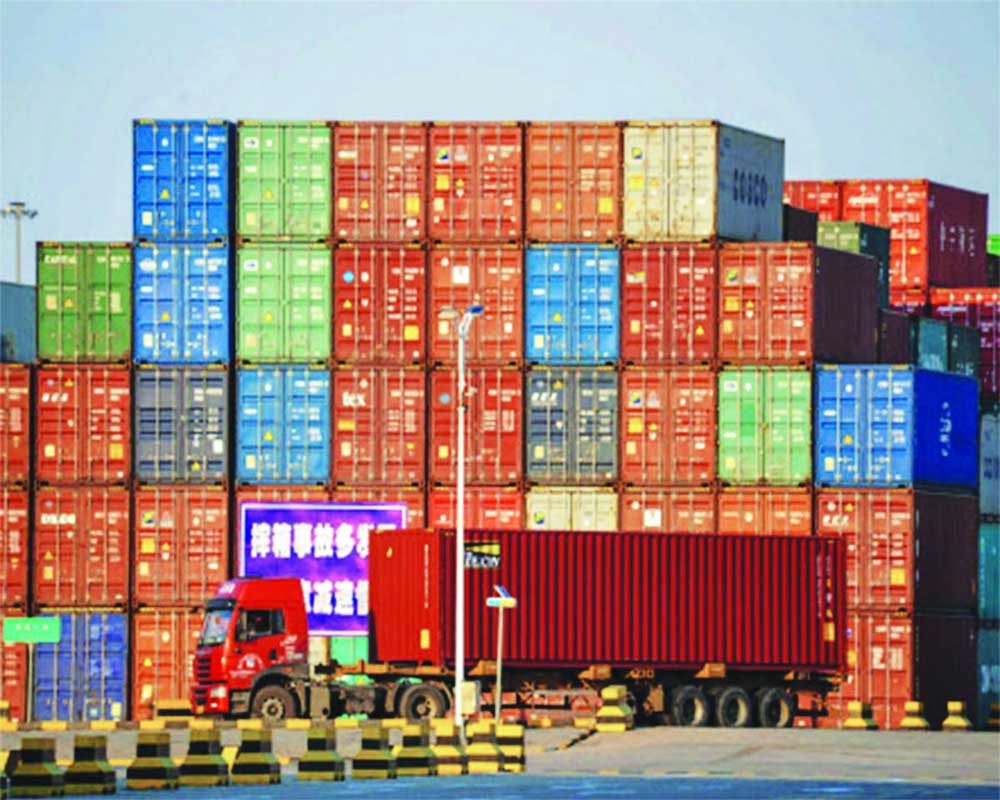 India’s perennial inward focus emerges across trade discussions. This is counter-intuitive, since the country has benefitted greatly from globalisation and liberalised market access

At the recently-concluded Regional Comprehensive Economic Partnership (RECP) Summit, Prime Minister Narendra Modi announced that despite seven years of negotiations, his Government had decided not to join this plurilateral regional trade bloc that was launched by the Association of South-East Asian Nations (ASEAN) leaders and six other countries during the 21st ASEAN Summit in Phnom Penh in November 2012.

The objective of launching RCEP negotiations was to achieve a modern, comprehensive, high-quality and mutually beneficial economic partnership agreement among the ASEAN member States and its Free Trade Agreement (FTA) partners.

Announcing the country’s decision to stay out, Modi said, “India stands for greater regional integration, as well as for freer trade and adherence to a rule-based international order. India has been pro-actively, constructively and meaningfully engaged in the RCEP negotiations since inception. India has worked for the cherished objective of striking a balance, in the spirit of give and take. Today, when we look around we see during seven years of RCEP negotiations, many things, including the global economic and trade scenarios, have changed. We cannot overlook these changes.”

Modi’s decision came in the backdrop of intense domestic pressure from various stakeholders, including political parties, State Governments and various industry lobbies. Indian decision-makers were persuaded to shun the free trade partnership due to shrill concerns that India would become a dumping ground for Chinese products, adversely impacting Micro, Small and Medium Enterprises (MSMEs) and also cripple its dairy industry due to the presence of majors such as Australia and New Zealand in this trade grouping.

Interestingly, India’s decision to withdraw from the RCEP came despite the Ministry of Commerce’s High-Level Advisory Group (HLAG) recommending that the country adopt an optimistic outlook towards RCEP. The HLAG, constituted under the chairmanship of Surjit Bhalla — Executive Director for India at the International Monetary Fund (IMF) and former member of the Prime Minister’s Economic Advisory Council — comprised other high-ranking members such as Foreign Minister Subrahmanyam Jaishankar and former Commerce Secretary Rajeev Kher. The HLAG was tasked with recommending steps to boost the country’s share in global merchandise and services trade, and formally came out with its recommendations only days before the Prime Minister announced India’s withdrawal from RCEP. Since then, the Commerce Minister has clarified that India may still join the partnership if its concerns are addressed, though such an eventuality seems unlikely in the near future.

To an extent, India’s decision to withdraw was also influenced by the perceived negative outcomes of earlier trade pacts it had entered into with Japan, Korea and the ASEAN. A central theme which emerges across trade discussions, of which India is a part, is the country’s perennial inward focus. This stance is counter-intuitive since India has benefitted greatly from globalisation and liberalised market access, evidenced not only in its services exports but also through import of primary and intermediate goods for domestic value-addition and re-export.

Further, the impending stalemate at the World Trade Organisation (WTO), precipitated by the US’s efforts to render the WTO appellate body comatose, necessitates an exploration of other routes for trade enhancement. Bilateral and plurilateral trade arrangements such as the RCEP have thus emerged as a preferred alternative. Since the beginning of the Doha Round of trade negotiations at the WTO in 2001, the number of such arrangements in force globally has grown more than three-fold. During the same period, India inked trade agreements with the ASEAN, Japan, South Korea and Singapore. However, since 2011, India has not signed any further bilateral or plurilateral trade agreements, primarily due to a growing perception that opening up of trade borders has not served the country well.

Contrary to this perception, such agreements have contributed immensely towards trade creation. For instance, India currently has a trade surplus of $2.5 billion with Singapore. Similarly, India’s trade deficit with ASEAN vis-à-vis its total trade deficit witnessed a continuous decrease from 9.9 per cent in 2007 to 6.6 per cent in 2017; despite the fact that ASEAN’s share in India’s total trade has remained more or less constant. Meanwhile, India’s deficit with China, a non-FTA partner country, increased from 18 per cent of the total trade deficit in 2007, to 40 per cent in 2017. Even within the aegis of the WTO, the concept of flexible multilateralism has found several supporters. Flexible multilateralism allows WTO members to advance and conclude plurilateral agreements where full consensus is not yet possible. Examples of such plurilateral arrangements include the Information Technology Agreements (ITA-I and II) — while India is a signatory to ITA-I, it has refrained from adopting the second iteration. More recently, taking forward the approach of flexible multilateralism, 76 countries decided to initiate discussions on trade related aspects of electronic commerce. India has so far not joined the discussion, citing the erosion of policy space and the digital gap between member countries among other reasons, for not doing so.

Looking ahead, if India wants to achieve its target of becoming a $5 trillion economy by 2024, then considerable efforts and resources are required to push its exports. More importantly, the country will have to review its frozen approach towards bilateral and plurilateral arrangements. Indeed, along with other like-minded countries, the country should continue to ensure that the relevance of a multilateral trading system is maintained. However, it is also important that in light of changing global trade dynamics characterised by forward and backward linkages, it cannot afford to ignore preferential agreements, or even limited trade deals like the one it is currently exploring with the US.

Given India’s political-economy compulsions, it is understandable that the country remains wary of entering into far-reaching trade agreements proposed by advanced jurisdictions. But India must nevertheless adopt an alternative strategy to advance its self-interest. It is better to sit in the negotiating room and disagree than to leave the room altogether.

Going forward, the Indian leadership must resist the temptation of abstaining from decisions due to perceived costs in the short-run. To begin with, there is an urgent need to fix internal decision-making mechanisms. A more concerted and coordinated effort across Government departments in evaluating trade partnerships should be the way forward, instead of convening inter-ministerial discussions as a reactionary measure. Government departments should engage with the industry on a more frequent basis on issues of market access and to determine sub-sectoral competitiveness.

Further, the country’s relative strengths and domestic industry participation in specific value chains should inform prioritisation of trade partner negotiations. At present, the Commerce Ministry reaches out to the industry for inputs only after the country has initiated trade discussions — this mechanism largely remains ineffective as it fails to solicit detailed and usable submissions within predefined timelines.

To ensure that there is coherence in the decision-making process, the Government should explore the establishment of a nodal body, on the lines of the erstwhile Trade and Economic Relations Committee (TERC) of the Cabinet. Such a body can enable consultative decision-making, efficient inter-ministerial coordination and better definition of the country’s trade priorities and strategies.