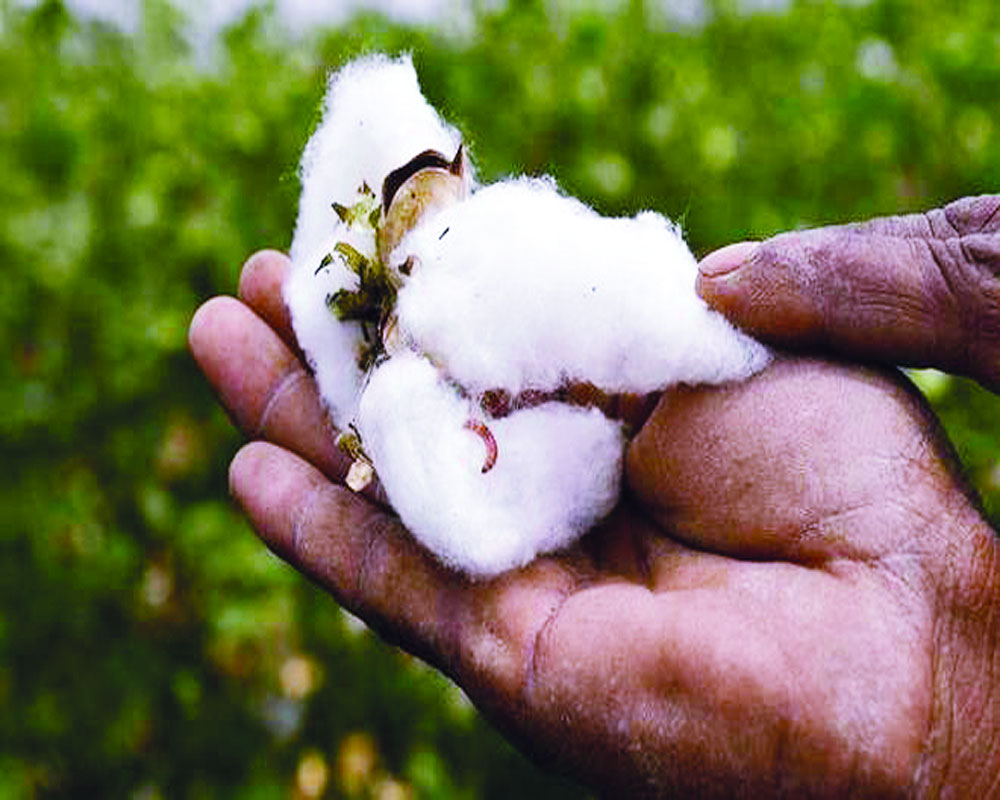 India has to be very careful before its mega cotton seed sector crumbles because of pro-GM vigilantism of a few bad apples. All stakeholders must come together

A very serious legal and environmental hazard is looming large over India. It is the illegal and hazardous planting of Herbicide Tolerance (HT) Bt Cotton in the fields of Akola, Maharashtra. An alarmed Central Government, the  Genetic Engineering Appraisal Committee (GEAC) and the State Government issued several notifications and inquiries. Meanwhile, a well-funded Non-Governmental Organisation (NGO) has been using the farmers as scapegoat to push an unapproved Genetically Modified (GM) variety of cotton on India’s farms and biodiversity.

The NGO has unabashedly called this planting as “civil disobedience or satyagraha” against the Government. Its satyagraha is a euphemism for illegality and irreversible toxic contamination that threatens to undermine thousands of years of farmers’ hard work. Like a tyrant, it believes it knows what is right for the farmers. Not only is the NGO infringing upon a number of rules but is also threatening the sovereignty of the Government besides sabotaging the livelihoods of thousands of farmers involved in the Indian cotton seed sector.

BT HT mystery history: The HT Bt story dates back to 2008 when trait developer, Monsanto (now Bayer), through its Indian subsidy, Mahyco, imported GM-Bollgard II cotton seeds with HT trait (known as event MON 88913) called Roundup Ready Flex (RRF). Roundup is a glyphosate-based herbicide (glyphosate + formulants) and is also known as a carcinogenic. The World Health Organisation (WHO), along with independent scientists and courts, confirmed its toxicity along with the presence of banned heavy metals such as arsenic among others. The RRF varieties are tolerant to Round-up Herbicide, which means once Round-up is sprayed in the field, all other plants will die except the RRF varieties.

The GEAC gave Mahyco approvals to conduct large-scale field trials in Punjab, Haryana, Maharashtra, Karnataka and Tamil Nadu. Within three months of the approvals, GEAC confirmed that HT trait had escaped into the environment. Reports of illegal HT cotton seeds being sold under the trade name of Weed Card in Gujarat were also confirmed.

The United States Department of Agriculture (USDA) lays down specific instructions for the prevention of contamination, but these limits were discarded by Mahyco and seed breeders around its seed production area.

Once the trait escaped, it began contaminating seeds in the cotton belts. HT traits have not been approved for cultivation by our country. Once enough time had passed on July 5, 2016, Mahyco withdrew its application from the GEAC of the ongoing HT-BG2 cotton bio-safety trails after eight years of open field cultivation. In September, 2017, we heard that HT cotton was being planted illegally and about five to 10 per cent of the cotton was of illegal variety. The National Seed Association of India (NSAI) wrote to the Government, alerting it of the situation and various committees were formed on the instruction of the Prime Minister’s Office. This is not only an issue of the field but also of our food system as with growing demands for cottonseed oil in India, this toxin is entering the country’s bloodstream. The Government was quick to act and it conducted raids to prevent this illegal bio-hazard to undermine our laws. But perhaps they missed a few corners.

What next? This illegal introduction will also contaminate the breeding material and parent lines of the seed companies and will result in complete disruption of the cotton seed economy. All Indian companies, who are selling GEAC approved BG2 cotton seeds, are the first victims and under the Seed Act will be penalised for trait contamination. Instead of the polluter, the polluted have to pay. By 2019, the Andhra Pradesh Government had suspended the licence of 13 seed companies in the alleged presence of HT gene and Maharashtra Government issued show-cause notices, too. In both these States, FIRs were lodged and actions are being taken against licensed seed companies. It is important to know that only one or two lots, out of the several lots tested, were found contaminated with HT gene. While illegal HT seed breeders continue to contaminate and sell HT Bt cotton, licensed Indian companies are made scapegoats and harassed. They were victims, not culprits.

A report by the Field Inspection and Scientific Evaluation Committee (FISEC) found that, “the 14 illegal hybrids collected can be grouped into two major groups, indicating very narrow genetic bases reflecting organised base activity by a couple of companies.” Further, it stated that studies have also ruled out the involvement of smuggling of seeds…as genotypes found were native in India.” This proves the innocence of the Indian seed sector and clearly points towards the “couple of companies” involved in this.

It is the responsibility of the applicant Mahyco, trait developer Monsanto/Bayer and GEAC to prevent any escape of HT gene into the environment and, hence, cases against Indian seed companies for HT contamination should be redirected towards the real culprits, who stand to profit from this.

In fact, any deliberate plant breeding activities with unapproved HT trait by fly-by-night operators and unscrupulous players need to be investigated and strict penal action should be taken. There should be a strict inquiry on how this trait was leaked into India.

To take this further, the sampling procedures, testing protocols and tolerance limits for interpretation of test results need to be published by GEAC and other departments of the Government to prevent any wrong test results, and if there are any false results, they should be dealt sternly.

The Government should amend the laws to ensure rights of contaminated seed companies are protected and they get fair treatment. While on the other hand, a strict task force of seeds inspectors and experts should take the help of farmers to identify polluters and hoarders of this bio-hazardous HT Bt seed.

This grave environmental threat needs to be jointly addressed by all stakeholders and illegal cultivation of HT cotton should be immediately stopped. There ought to be complete ban on Round-Up and all glyphosate-based herbicides. The motivation to use RRF-BG2 cotton is for killing weeds in cotton crops by Roundup (a Monsanto/Bayer patent product) as RRF-BG2 trait will produce herbicide tolerant plants. This directly increases profits of Monsanto/Bayer while toxic residues from the herbicide will make Indian cotton belts a toxic wasteland, plagued by deformed Indian children and cancer.

When it comes to the issue of illegal planting of RRF BG2 cotton, it is in violation of the Indian law and not about technology. Laws should be upheld and all legal processes should be respected by even behemoth agricultural MNCs. There are strict scientific procedures, which no NGO (and their masters included), should override because of their opinion.

The timing of this transgression is pre-meditated and done to challenge the Government. I hope Prime Minister Narendra Modi will give a befitting reply to the people who don’t respect Indian laws and put corporate profits before the country. This is New India and if Monsanto/Bayer  can respect the laws of the US, France and Britain, why not here? We stand with the farmers of Akola, the Indian Government and for technology, not for illegality and crime that expose millions of Indians for the profit of a few. India has to be very careful before its mega cotton seed sector crumbles because of pro-GM vigilantism of a few bad apples.