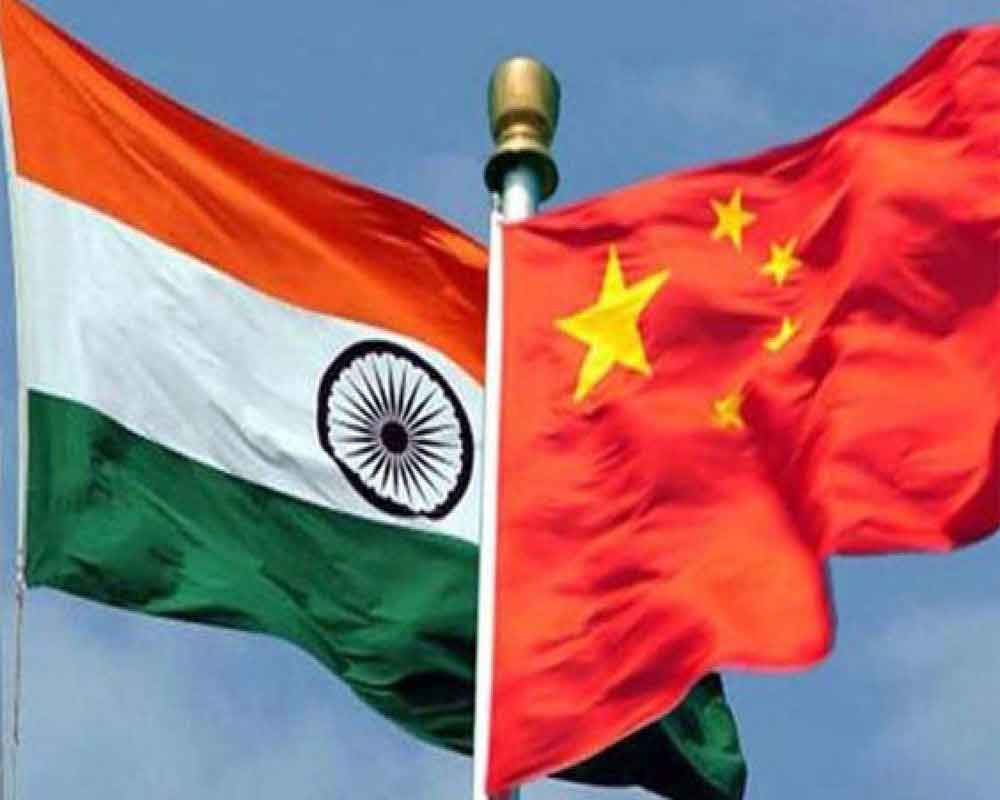 The Chinese military on Wednesday said it is striving to promote security and stability along the India-China border and has created "favourable conditions" to resolve the Doklam standoff in 2017.

A white paper titled 'China's National Defence in the New Era', released by the Chinese Defence Ministry here touched upon various aspects of its military development comparing with India, US, Russia and other countries.

About the situation at the Sino-Indian border, the white paper said the Chinese military "strive to promote stability and security along the border with India, and taken effective measures to create favourable conditions for the peaceful resolution of the Donglang (Doklam) standoff".

The reference to Doklam in the white paper was significant in the backdrop of the reports that China continued to reinforce its troops not far from the standoff site.

The standoff began when Indian troops objected to the People's Liberation Army (PLA) building a road close to the narrow Chicken Neck corridor connecting with the North-Eastern states in an area also claimed by Bhutan.

The standoff, which led severe disruption of relations between the two countries, was finally resolved after the PLA stopped the road construction, following which India withdrew its troops.

The standoff led to both the countries revamping their ties with the first ever informal summit between Prime Minister Narendra Modi and Chinese President Xi Jinping in Wuhan in 2018 which paved the way for the normalisation of the ties.

President Xi is due to visit India later this year for the second informal summit, which is expected to further solidify the relations between the two counties.

India-China border dispute covered 3,488 km and the two countries have so far held 21 rounds of talks to resolve the issue.

The white paper also highlighted the intensification of competition between the two million strong Chinese military with that of its counterparts in India, US, Russia and other countries.

The US, the white paper noted, is engaging in technological and institutional innovation in pursuit of absolute military superiority.

Russia is advancing its 'New Look' military reform, while the UK, France, Germany, Japan and India are re-balancing and optimising the structure of their military forces.

"Driven by the new round of technological and industrial revolution, the application of cutting-edge technologies such as artificial intelligence (AI), quantum information, big data, cloud computing and the Internet of Things are gathering pace in the military field," it said.

The white paper noted that the international military competition is undergoing historic changes. New and high-tech military technologies based on IT are developing rapidly. There is a prevailing trend to develop long-range precision, intelligent, stealthy or unmanned weaponry and equipment.

"War is evolving in form towards informationised warfare, and intelligent warfare is on the horizon," it said.

The defence white paper also sought to play down heavy military expenditure, saying that China is spending less on defence budgets in terms of GDP in comparison to India, US and other countries.

According to the Stockholm International Peace Research Institute (SIPRI), the leading international defence think tank, China, the second-largest spender of defence in the world, increased its military expenditure by 5.0 per cent to USD 250 billion in 2018 against India's USD 66.5 billion.

Arguing that China's defence expenditure is reasonable and appropriate, the white paper stated that the country attends to both development and security.

"It is making an integrated effort to build a prosperous country and a strong military, and striving for the coordinated development of national defence and the economy," it said and claimed that China's defence expenditure is open and transparent.

As the only major country yet to be completely reunified, and one of the countries with the most complex peripheral security environment, China faces serious challenges in safeguarding national sovereignty, territorial integrity, and maritime rights and interests, the white paper said.

China is moving closer to the centre of the world stage, and the international community expects more international public security goods from the Chinese military, it said.

There is still a wide gap between China's defence expenditure and the requirements for safeguarding national sovereignty, security and development interests, for fulfilling China's international responsibilities and obligations as a major country, and for China's development.

In step with national economic development, defence expenditure of China will maintain a moderate and steady growth, the white paper said.