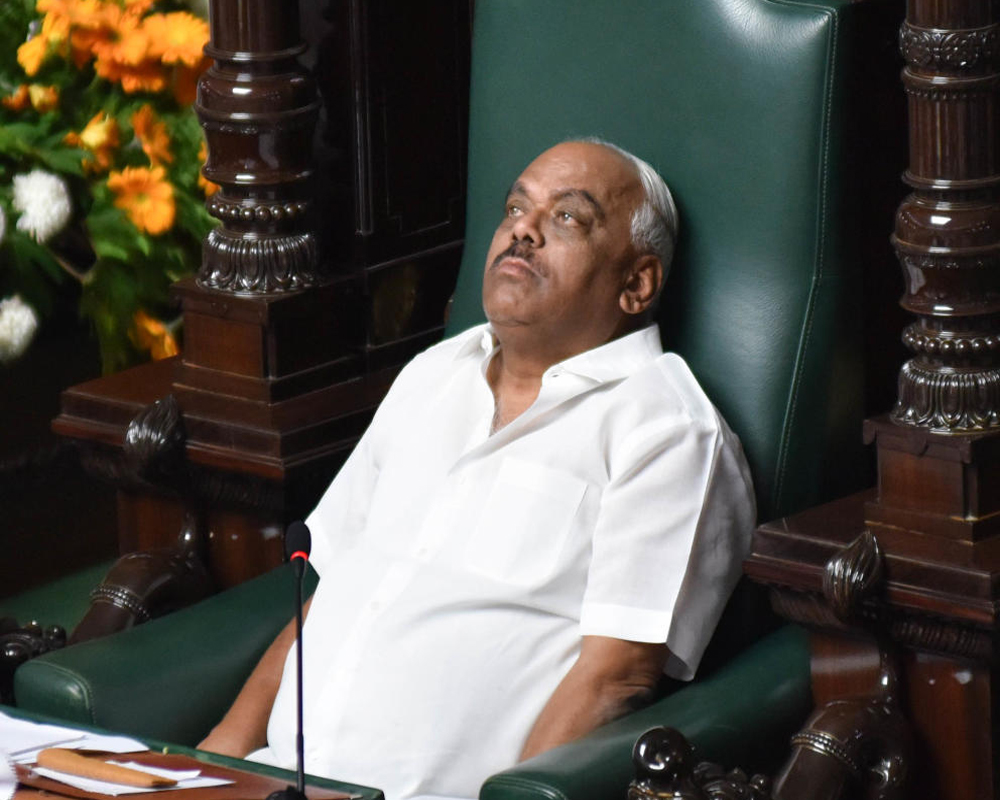 Karnataka assembly speaker Ramesh Kumar Tuesday compared himself to a rape survivor having to undergo repeated questioning as he referred to repeated charges against him being part of the controversial audio tapes, over which government has constituted an SIT.

The speaker made the intervention during the discussions in the assembly over the Special Investigation Team probe into an audio clip showing BJP chief B S Yeddyurappa in a purported conversation to lure a JD(S) MLA in his alleged attempt to topple the Congress-JDS government.

The Speaker, pointing to repeated reference to charges against him, said his "situation was like that of a rape victim, as they too are supposedly questioned about the incident repeatedly."

Kumaraswamy on Monday had announced a comprehensive SIT probe into the audio clip.

He had accepted an "advice" by an emotional Speaker to constitute SIT to probe the episode to "establish the truth" as his name has also been dragged with the charge that he had been "booked" for Rs 50 crore.

The stand-off between the government and opposition continued in the assembly Tuesday over an SIT probe into the audio clip.

Kumaraswamy on Monday had announced a comprehensive SIT probe into the audio clip.

He had accepted an "advice" by an emotional Speaker to constitute the Special Investigation Team to probe the episode to "establish the truth" as his name has also been dragged with the charge that he had been "booked" for Rs 50 crore.

The Speaker called for a meeting of floor leaders on Wednesday to resolve the issue, as the BJP stuck to its strong opposition to the SIT, saying it could be used for "political vengeance."

He decided to convene the meeting at the end of the day long discussion on the issue for the second consecutive day in the Assembly, with both the ruling Congress-JD(S) coalition and opposition BJP refusing to budge from their positions.

"Let's discuss and try to find a solution," the Speaker announced as he adjourned the assembly proceedings to Wednesday morning.

The Speaker's decision came after Yeddyurappa, the leader of the opposition, pointed out that no effort was made by the Chair to seek the opinion of the opposition before deciding on the investigation agency to inquire into the case.

"SIT is being imposed upon us forcefully," he said.

Yeddyurappa expressed apprehensions about the SIT as it comes under the Chief Minister and said he was firm on his stand to quit politics if it was proved he was present during conversations between the persons in the audio on a "Rs 50 crore offer to book" the Speaker, as alleged by Kumaraswamy.

Accusing the Chief Minister of hatching a conspiracy against him by "twisting facts", he said Kumaraswamy has released the audio partially, to save his seat.

The BJP has objected to the SIT and insisted on constituting a House committee or a judicial probe. They also saId that the probe cannot be conducted by an agency that is under the Chief Minister as he too was a party in the case.

The political war over charges of horse-trading had escalated in Karnataka on Friday with Kumaraswamy releasing the audio clip.

As the House met for the day, opposition members requested the Chair to reconsider the decision to hand over the probe to the SIT.

Several BJP members, including Yeddyurappa, demanded a probe by house committee or judicial inquiry into the matter.

Kumaraswamy had said that during the purported conversation that there was a mention about a "Rs 50 crore offer to book" the Speaker to give a ruling in favour of MLAs who might resign to help the BJP bring down his government.

Former Chief Minister Jagadish Shettar allegedthat Kumaraswamy was behind the audio conversation as he was the one who sent Sharan Gouda, son of the MLA Naganagouda, who was being lured and he also heard the conversation between the two individuals via a conference call.

"So the CM is the offender, he is the first accused in the case," he said.

Another senior BJP member Madhu Swamy, questioning the constitution of the SIT, said the probe report can only be submitted to court by the SIT and not to the government or the Chair.

Kumaraswamy expressed surprise about being called 'A1' by BJP in the case and said that since the leader of the opposition and other members have called him accused, "at least to punish me, a comprehensive inquiry has to happen."

Hitting out at BJP for suspecting political vengeance on the part of the government and its officials, he asked "did I direct Yeddyurappa and others in the way they did.?

Claiming to enjoy the complete confidence of Congress and JD(S) MLAs, Kumaraswamy spoke of the need to amend the anti-defection law and said if an elected MLA resigns, he should not be allowed to contest elections for five years.

"Such a permanent change has to be brought in," he said.

Stating that he was also ready for a discussion on the alleged 2014 video CD about the cash for vote allegedly involving him, which was raised by the BJP, the chief minister said he would abide by the Speaker's advice on constituting an SIT to probe the audio clip.