Mulayam Yadav forged relationship with BSP, I only had to 'mend' it: Akhilesh

Mulayam Yadav forged relationship with BSP, I only had to 'mend' it: Akhilesh 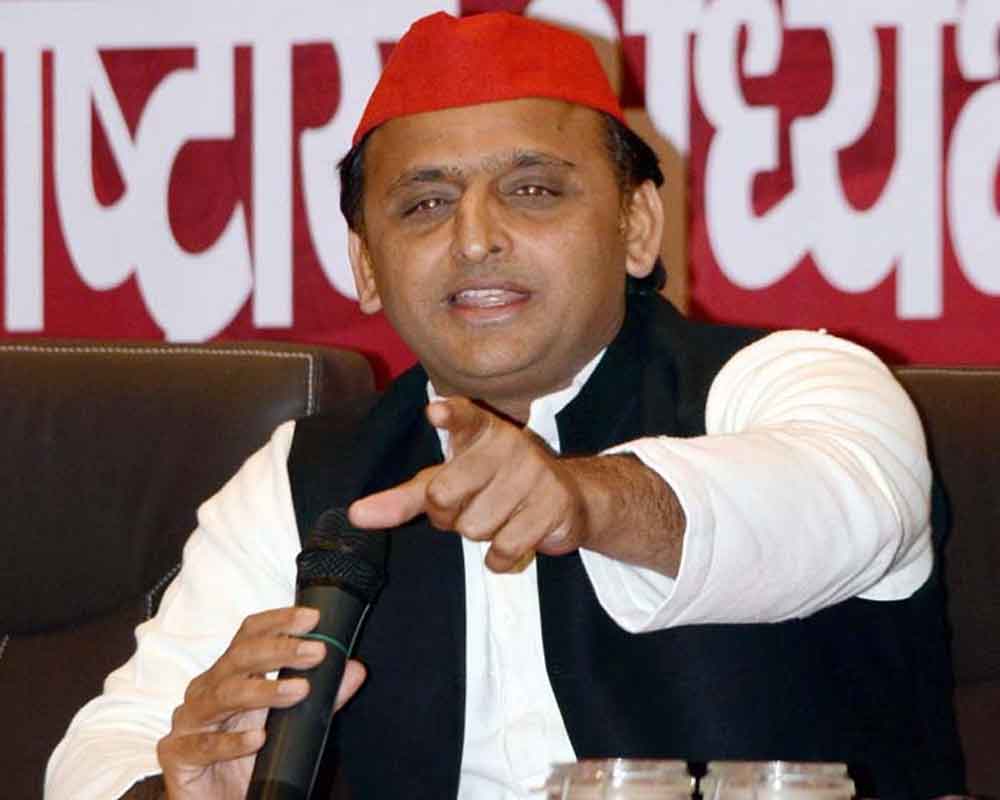 Samajwadi Party chief Akhilesh Yadav Tuesday said his father and party patriarch Mulayam Singh Yadav had forged the relationship with the Bahujan Samaj Party (BSP) and he only had to "mend" it.

He also said it was not time yet for Mulayam Yadav to become the prime minister.

"Netaji (Mulayam) had relations with the BSP and had forged an alliance earlier. I only had to mend the relationship," Akhilesh Yadav said, replying to questions during a TV programme.

When asked to answer in 'yes' or 'no' whether Mulayam Yadav would become the prime minister this time, he said, "No, not as of now. But he will be given the due honour."

Responding to reports on the possibility of him contesting the Lok Sabha polls from Azamgarh, the seat represented by his father, Akhilesh Yadav indicated that the option was open.

"Let a proposal come from the district unit," he said.

The SP chief rebuffed claims that leaving 38 seats for alliance partner BSP would weaken his party.

"We have done the ground work. The SP and the BSP have forged an alliance on 80 Lok Sabha seats in the state," Akhilesh Yadav said.

"Before the alliance was struck, we succeeded in defeating the BJP in Gorkahpur, Phulpur, Kairana Lok Sabha bypolls and Noorpur Assembly bye-election. The cadres were mentally prepared and after the announcement also they had ample time. There will be no problem in the chemistry between workers of the two parties," he said.

Asked if the BSP and the RLD had the credibility to carry forward the alliance, the SP chief said, "The scenario has changed and we are together."

Asked if the air strike in Balakot, which followed the February 14 Pulwama attack, had changed the political narrative in the country, Akhilesh Yadav said the BJP was using the strike to distract people.

"The BJP is an expert in distracting people. Everyone knows that if the US and other countries had not supported India on (Wing Commander) Abhinandan's release, the fighter pilot would not have returned," Akhilesh Yadav said.

"He returned not because of the BJP," he said.

"The soldiers were martyred and there was an intelligence failure (in the Pulwama attack). What have they (BJP) done for the Army men? People of the country want 'ann' (food) not gun," he added.

Akhilesh Yadav said the plight of farmers and unemployed youths and the BJP's false promises will dominate the electoral discourse in the upcoming parliamentary polls.

"The youths of the state will defeat the BJP this time," he asserted.

Polling in Uttar Pradesh will be held in seven phases from April 11 to May 19. The results will be announced on May 23.