Nyay scheme will be `petrol' for India's economy: Rahul Gandhi

Nyay scheme will be `petrol' for India's economy: Rahul Gandhi 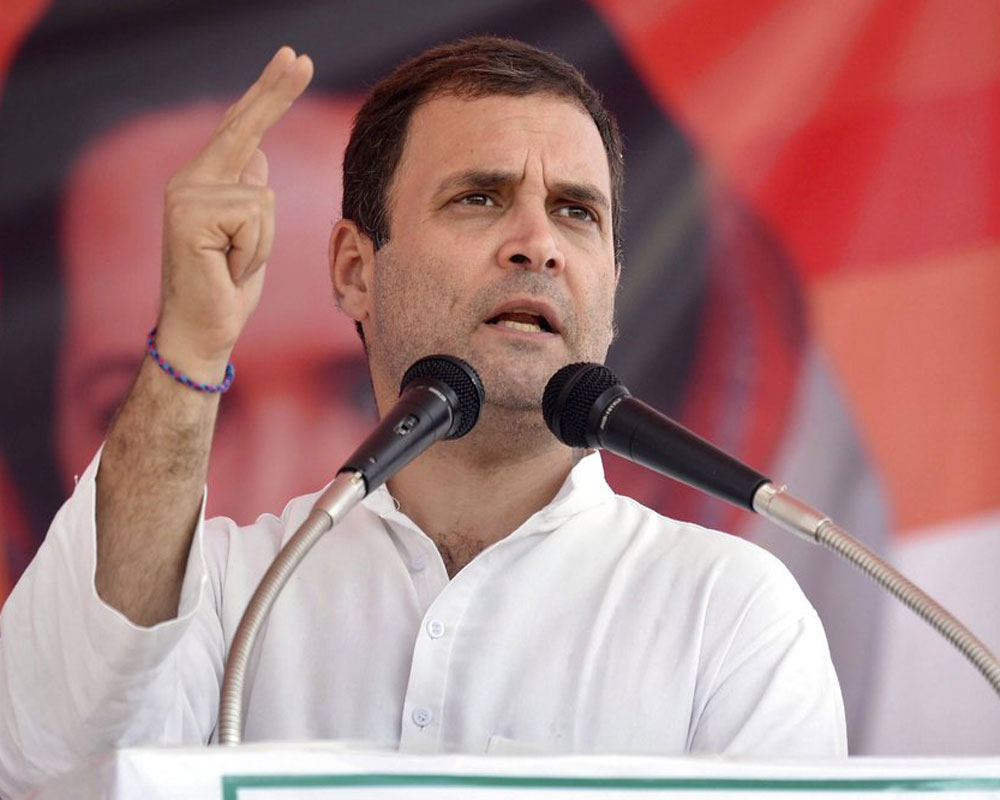 Congress president Rahul Gandhi said Saturday that his party's ambitious `Nyay' minimum income scheme will act like a fuel for the Indian economy.

Addressing an election rally at Bilaspur in Chhattisgarh, Gandhi said the scheme, under which the Congress has promised to give Rs 72,000 per year to poor families, will be a "surgical strike" on poverty.

"Nyay will add petrol to the Indian economy," he said, adding that with it, India will eliminate poverty.

Attacking Prime Minister Narendra Modi, he said the unemployment rate was at 45-year high due to demonetisation and the "Gabbar Singh Tax" (referring to GST) imposed by the NDA government.