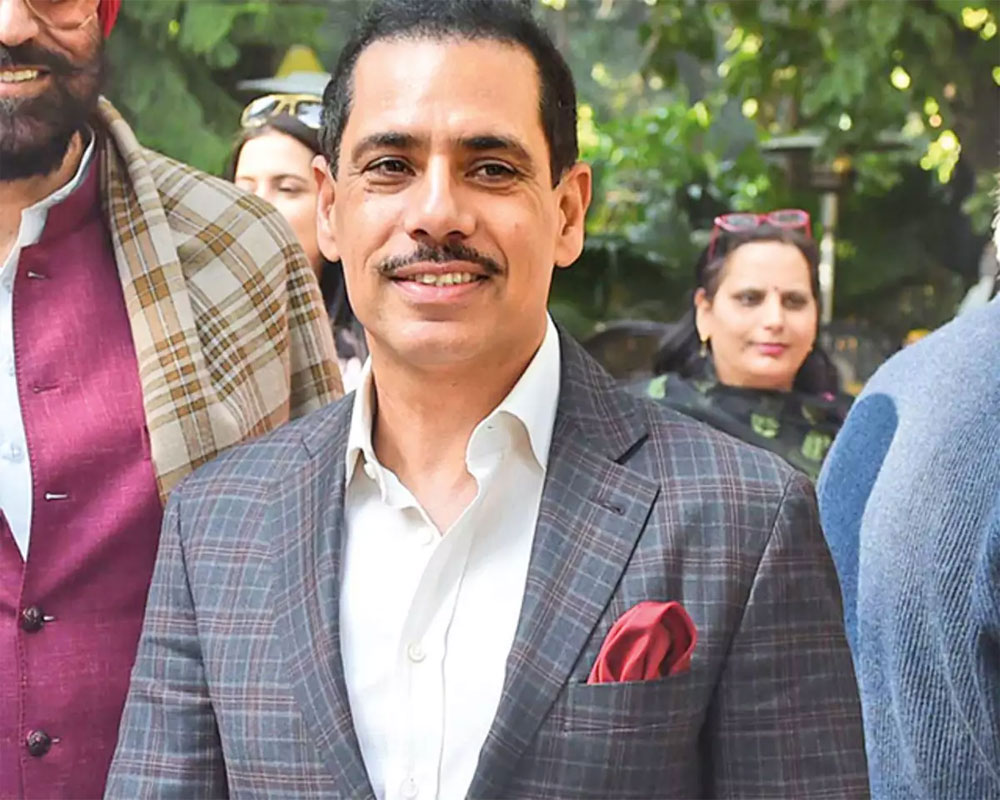 A court here on Monday granted bail to Robert Vadra, the brother-in-law of Congress President Rahul Gandhi, in a money laundering case related to the Black Money Act.

The Enforcement Directorate (ED), which questioned Vadra several times, had opposed the bail saying his custodial interrogation was necessary for the probe.

"There is no allegation that applicant (Vadra) at any point of time, has tampered with evidence or influenced any witness in the present matter," the court said.

It observed that the case being probed by the ED was based mainly on documentary evidence.

"It is noted that the accused is having permanent residence in Delhi and has deep roots in society, his family is based in India and his properties is also situated in India," the court said.

It also allowed anticipatory bail to Vadra's aide Manoj Arora and asked them both to furnish a personal bond of Rs 5 lakh each and one surety of a similar amount each.

They have been ordered not to leave the country without permission and join the probe whenever required.

The court also ordered the accused not to tamper with the probe or try to influence witnesses in the case.

It noted that the office premises of the accused were searched on December 7-8, 2018, and voluminous documents running into nearly 20,000 pages have been seized.

The court also observed that Vadra had filed an anticipatory bail plea on February 1 and joined the investigation on February 6 on the court's direction.

"Thereafter, he has joined the investigation on nine occasions between February 6 and March 8 and has been interrogated for 58 hours," the court observed and added that he had answered the questions put to him.