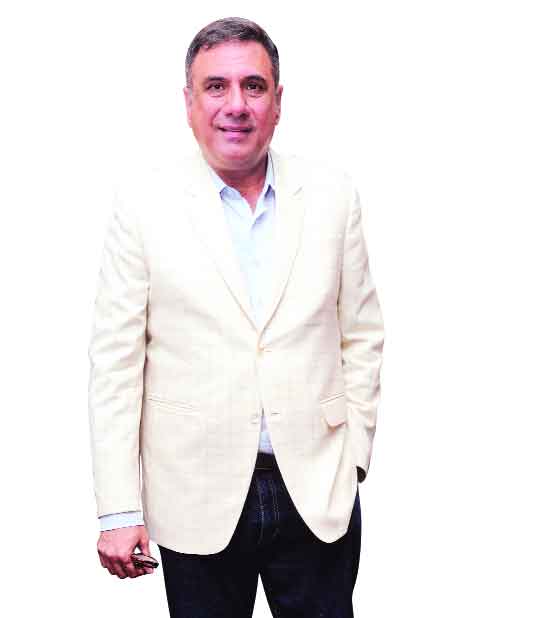 Ahead of Children’s Day, veteran actor Boman Irani used the occasion to draw attention to the fact that every child in the country should have access to formal education, although that is not the only way to educate an individual. “In my opinion, basic education should be accessible to every child in this country. Later, they should practice their choice on higher education, and things should not be imposed on them. I am not a big believer in formal education because I am a self-taught actor and photographer. I do not believe that one can only educate himself between the age of five to 25. But I say that because formal education did not work for me that well,” Boman said.

“Having said that I think when children go to school, they get a sense of childhood (later in their lives) because that is how society looks at children who are cared for. What they learn in school, and how much they are educated by attending class, is a different discussion. But access to education, the whole thing of wearing uniform, walking together with classmates and going to school, such things give them a structure in life,” he said.

Boman plays a pivotal role in the new film Jhalki, which addresses the issue of child labour. He essays the character of Shyam Singh in the film, which is broadly based on the Nobel Peace Prize winner Kailash Satyarthi, who is known for his relentless work for children’s rights and Bachpan Bachao movement.

Jhalki is one of the releases in the Children’s Day weekend. The film revolves around the struggle of a young girl from an underprivileged background. She is in search for her brother who is employed as child labour and has gone missing. The film is directed by Brahmanand Singh, and features two child artistes, Aarti and Goraksha along with Sanjay Suri, Tannishtha Chatterjee, Divya Dutta and Govind Namdev.

“When a child wishes to go to school but doesn’t get the chance to do so owing to poverty, he or she feels like an outcast. That is almost criminal,” said the actor.

Interestingly, Boman has played characters like Viru Sahastrabuddhe (3 Idiots), Dr JC Asthana (Munna Bhai MBBS) that show another extreme side of higher education and how it can suffocate young minds. The actor mentions he has treated each of these characters differently, keeping his personal opinion aside.

“I reserve my opinion and never impose it on the character I portray in the film because every character serves to tell a story and I am just an actor there. I am not judging the character. Personally, I do not support such imposition on students,” said he.