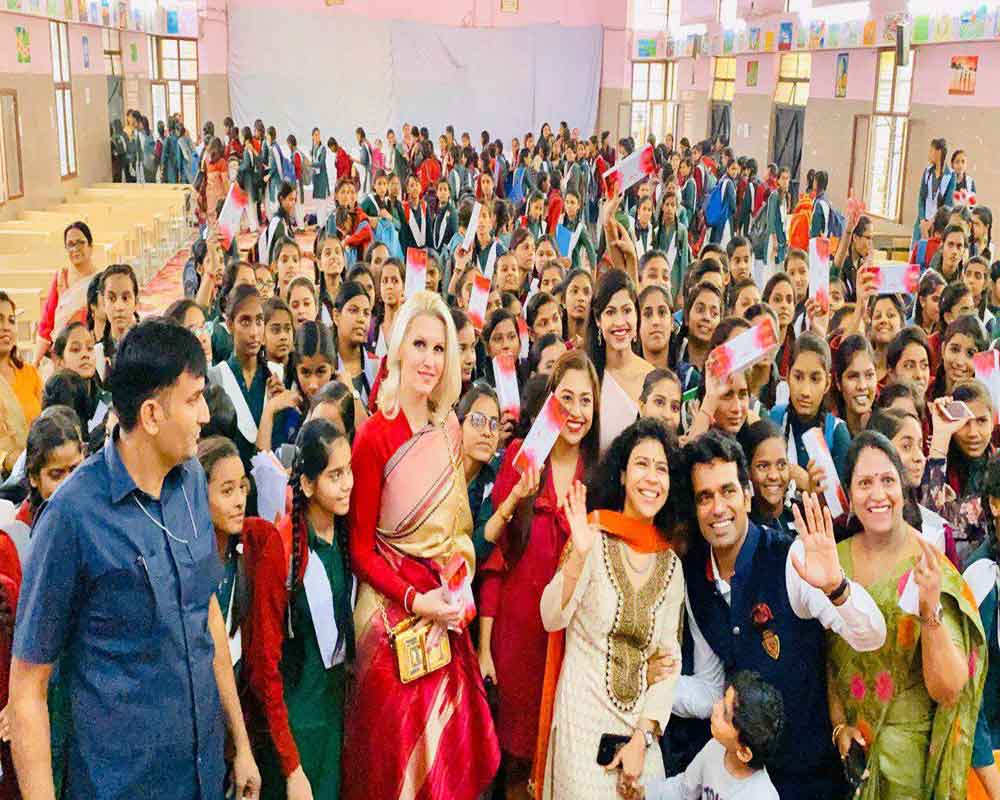 A menstrual hygiene awareness camp was held on November 18 at GGSSS School, C Block,  Dilshad Garden. This camp was conducted after the nationwide campaign #YesIbleed by SheWings. More than 1,000 girls were actively involved in this MHM camp where they were asked questions and were given important tips to be hygienic and safe during periods.

The event started with an opening speech by IAS Abhishek Singh who has adopted the school since 2016 when he was posted here as DM Shahdara. It was followed by an interactive session by IAS Durga Shakti Nagpal, Madan Mohit Bhardwaj, founder SheWings and RJ Raunac (Baua). The school children opened up and talked about the issues they face and the stereotypes they have listened to all their lives.

After these interactive sessions, actor and MP from Gurdaspur Sunny Deol interacted with them. He appreciated the IAS couple Singh and Nagpal for the initiative.

He then spoke about how SheWings is a great initiative and more people should be involved in it. There was a session conducted by SheWings on period yoga. Anca Verma, former Miss Romania, donated sanitary products and interacted with the girls.

This camp made GGSSS the first school where an event of this scale and nature was organised.