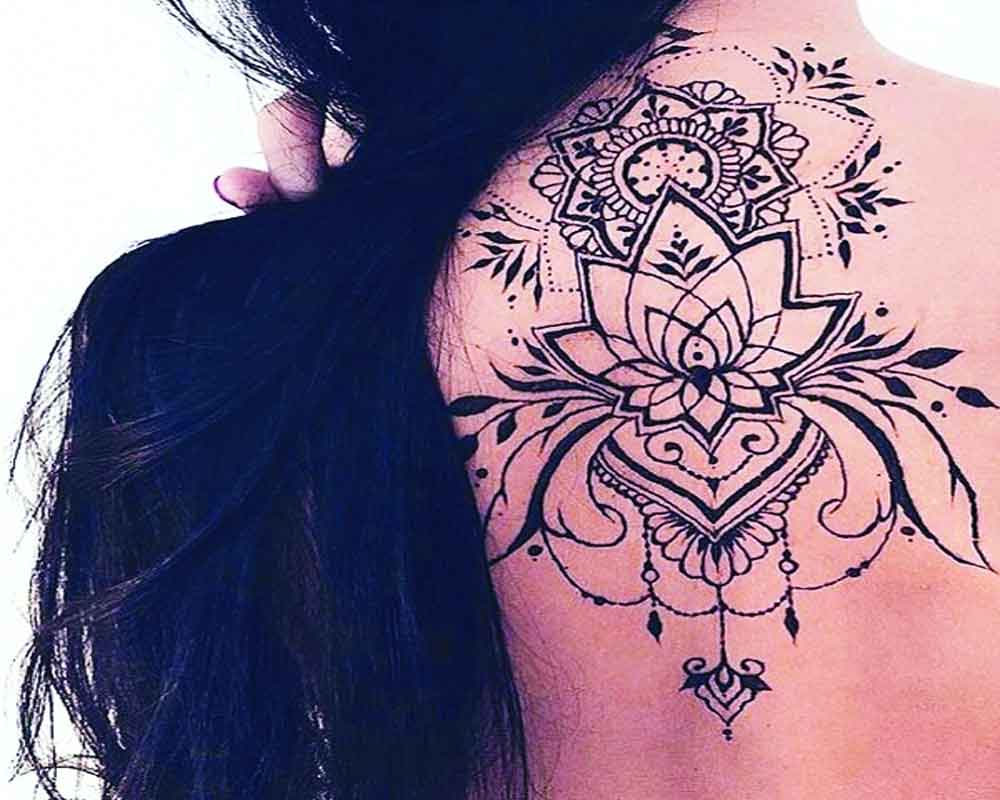 If you thought tattoos were the preserve of the hip youngsters, then that’s not true anymore. Even though older generations might look like they’re against the ‘getting inked’ trend, they too are joining the style movement now. There are no more judgements like “Have you imagined what your tattoo would look like at 50?” From face-line tattoos to mandala geometric designs, current tattoo trends show how people are ‘keeping it simple’ these days.

The first on the line are the basic prism tattoos, which are made from one-liver needle, suggests tattoo artist Micky Malani, founder of BodyCanvas. “These simple pieces make a structure through a pair of arrows pointed in separate directions on the wearer’s wrist. The geometric and mandala tattoos are also topping the trends as they used to shade and beautify the look,” he says.

There are X-ray tattoos which have given a new face to shading and transition in tattoos today. These might result in skin burns as its magnetic resonance imaging (MRI) heats up some of the components of tattoo ink. However, the increasing popularity of these tattoos has extended its role beyond style statements.

Apart from such intricately-shaded and designed tattoos, there are the face-line tattoos, which have gained immense popularity today. “It’s because people are increasingly wanting to ‘keep it simple’ and the artwork requires deep thoughts and are very minimalistic in terms of its ink usage. For instance, a face-line tattoo would look like a woman’s face drawn with a continuous line. People look at it more like putting their own mark on themselves,” Micky says. They are also known to be as less painful than others which involved a lot of work on the nerves.

Based out of Chandigarh, tattoo artist Rishabh Narang, owner of Immortal Tattoos, says, “The first-timers might choose more of minimalistic designs with subtle details. They would also go for simple designs which are more detailed yet clean.” While earlier people used to get influenced by tattoo designs of other people or searched for designs online, Rishabh says that today, studios are boosting custom works so that every one can have an individual design. “Not only this gives individual identities to the people but the artist also feels fulfilled,’ he says.

Artist Vikas Malani says that the outline work, line art and geometric patterns are more trendy. In the West, people get heavy tattoos done on their bodies without the fear of being judged. But in India, there is still a social stigma attached to it. People call names to the ones who get tattoos. He says, “Here people don’t want heavy work on them because of the kind of surrounding that we are in and the families that we come from. They don’t allow tattoos easily because they feel it is not something sophisticated people do.” He shares his personal experience that he comes across such people everyday. “They come and tell us to make any design and are not sure about their choices.

It is important to educate the people about tattooing and break their perceptions about this industry. To make them aware about its broader perspective there are various events and festivals. And one such is the Heartwork Tattoo Festival, which is currently in its fifth version. Director Lokesh Verma says, “People don’t usually go to a tattoo studio. Through such festivals they can walk in with their families and see people getting tattoos all around. This helps them to become comfortable.”

However, he further challenges the notion of trends in tattoos. He says that there is no trend in them as it has many designs which stays forever. He asserts that it is very important for people to understand the essence of a tattoo. “There are many people who get copied designs done on them. They need to understand that it is an expression of their individuality and they should be able to express themself through it. If a girl is feminine she will get butterfly and flowers, if she is not feminine she will get other geometrical symbols,” he adds.