It is a massive yet intimate saga': Mira Nair ahead of 'A Suitable Boy' premiere

It is a massive yet intimate saga': Mira Nair ahead of 'A Suitable Boy' premiere 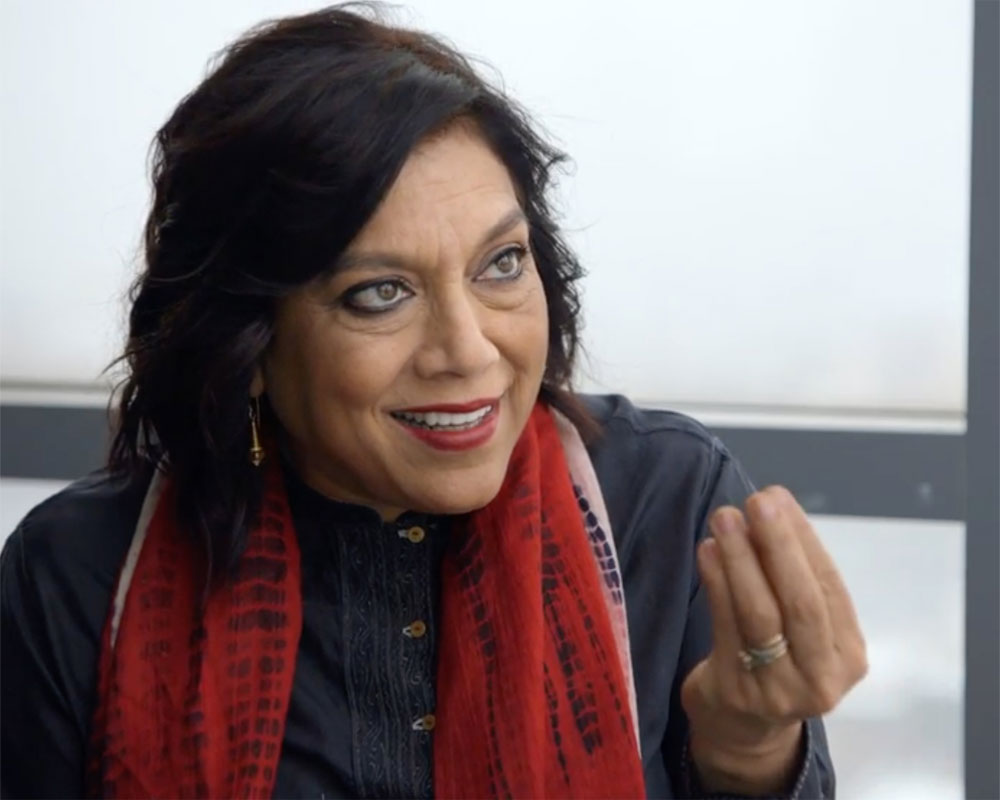 Filmmaker Mira Nair says she always wanted to live in and witness the era of 1950s India, a wish that she is now fulfilling with her upcoming BBC series "A Suitable Boy".

An official adaptation of acclaimed author Vikram Seth's classic novel of the same name, "A Suitable Boy" hits television screens in the UK on Sunday, with a diverse cast of over 100 actors from India and around the world.

Nair, who is known for critically-acclaimed films such as "Salaam Bombay", "Monsoon Wedding" and "The Namesake", is making her television debut with the six-part BBC drama which is set in post-Independence India.

The story centres around 19-year-old university student Lata, portrayed by newcomer Tanya Maniktala, who struggles with her life being mapped out thanks to old traditions and an overbearing mother who wants to find her a suitable husband.

The elaborate cast and crew made up of worldwide artists based themselves in Uttar Pradesh for the duration of the shoot to capture the authenticity of the novel's milieu.

"'A Suitable Boy' is a modern classic about a time when a country is finding its feet after the Independence. It is a massive yet intimate saga; an extraordinary tale of love and friendship across class and certainly across religion," Nair said.

"It has been one of my favourite novels since the day it was written. I read it repeatedly and felt as if it was my best friend. I felt a sense of great companionship and understanding and a sense of evoking a time in India in which I longed to have lived. I just vowed to direct the adaptation of it," she added.

The series has been adapted for the screen by Andrew Davies, known for his flair at adapting classics such as "Pride and Prejudice" and "War and Peace" for the BBC.

"What excited me about this role is that she lives in a world of her own, which does not merge with the outside world," said Tabu, who plays the courtesan Saeeda Bai and has previously worked with Mira Nair on "The Namesake".

And Khatter, who essays the role of Maan Kapoor, reflects on how the story is about the journey of newly-independent India coming into its own, mirrored in the personal journey of the characters.

"The setting and the characters are very compelling. I think people all over the world will find it fascinating, especially people who are not privy to the lives of Indians, to discover the sights and sounds and how it was in that time period for them," said Khatter, who made his Bollywood debut with Dhadak'.

Actor Namit Das recalls the elaborate preparations he had to go through in order to play his character of Haresh Khanna.

"The highlight for me was the preparation that went into this. I learnt how to make a shoe. Mira stressed on that.

"They actually sent me pants which were until my waist. And I used to sleep in them so that they don't look awkward on me. All of these are such special memories," he said.

Das believes comparisons with the iconic book will not impact the series, which is a celebration of all the characters created by the Vikram Seth who backed the screen adaptation with inputs.

"Expect these characters to become part of your lives just the way they became your favourites when you read the book. Nothing 'unsuitable' in 'A Suitable Boy'," he added.

The new series airs weekly on Sundays on the BBC and will be available around the world, including India, on Netflix.