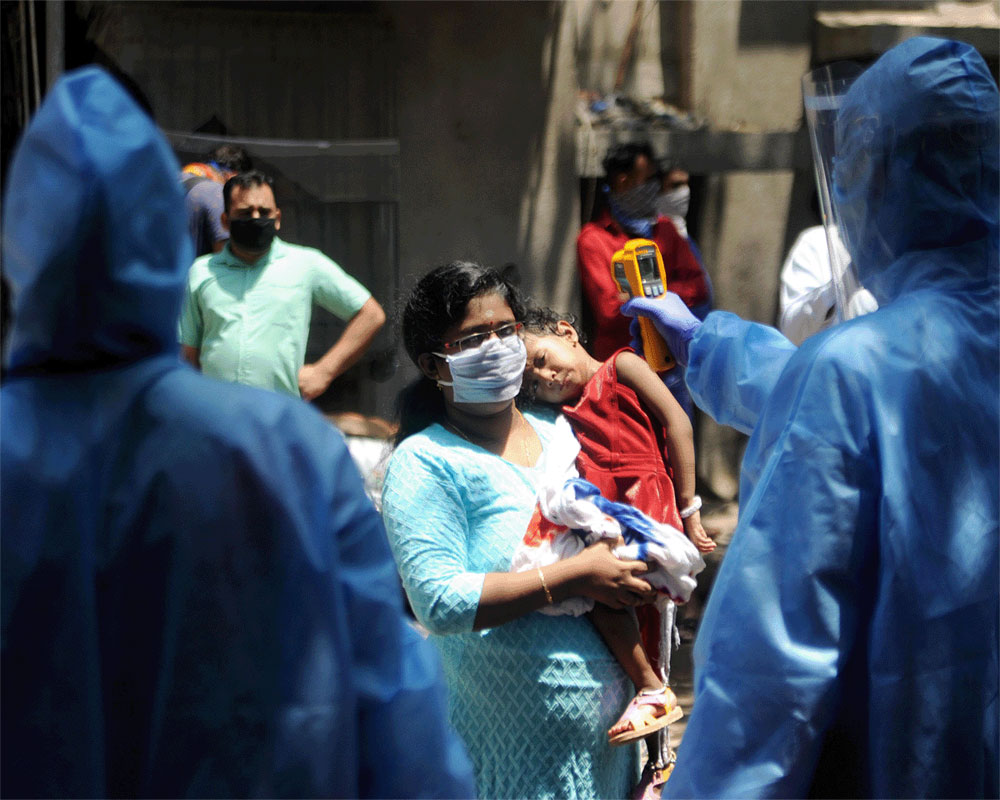 The death toll due to coronavirus rose to 437 and the number of cases to 13,387 in the country on Friday, according to the Union Health Ministry.

While the number of active COVID-19 cases stood at 11,201, as many as 1,748 people have been cured and discharged, and one had migrated, it said.

Seventeen deaths have been reported since Thursday evening -- seven from Maharashtra, six from Delhi, three from West Bengal and one from Tamil Nadu.

Of the total 437 deaths, Maharashtra tops the tally with 194 fatalities, followed by Madhya Pradesh at 53, Delhi 38, Gujarat 36 and Telengana 18.

Tamil Nadu has reported 15 deaths while Andhra Pradesh has 14 deaths. Punjab, Uttar Pradesh and Karnataka have reported 13 deaths each.

Meghalaya, Bihar, Himachal Pradesh, Odisha and Assam reported one fatality each, according to the health ministry's latest data.

However, a PTI tally of figures reported by various states as on Thursday evening showed at least 444 deaths.

There has been a lag in the Union Health Ministry figures, compared to the number of deaths announced by different states, which officials attribute to procedural delays in assigning the cases to individual states.

According to the ministry's data updated in the morning, the highest number of confirmed cases in the country are from Maharashtra at 3,205, followed by Delhi at 1,640 and Tamil Nadu at 1,267.

Bihar has reported 80 cases and Odisha 60. Thirty-seven people were infected with the virus in Uttarakhand, while Himachal Pradesh and Assam have registered 35 cases each.

Chhattisgarh have registered 33 cases, Jharkhand 28, Chandigarh 21 and Ladakh 18. Eleven cases have been reported from the Andaman and Nicobar Islands.

Meghalaya, Goa and Puducherry have reported seven COVID-19 infections each. Manipur and Tripura have two cases each, while Mizoram and Arunachal Pradesh have reported a case each.

"State-wise distribution is subject to further verification and reconciliation," the ministry said on its website.

The website also mentions that a COVID-19 patient from Nagaland has been shifted to Assam.