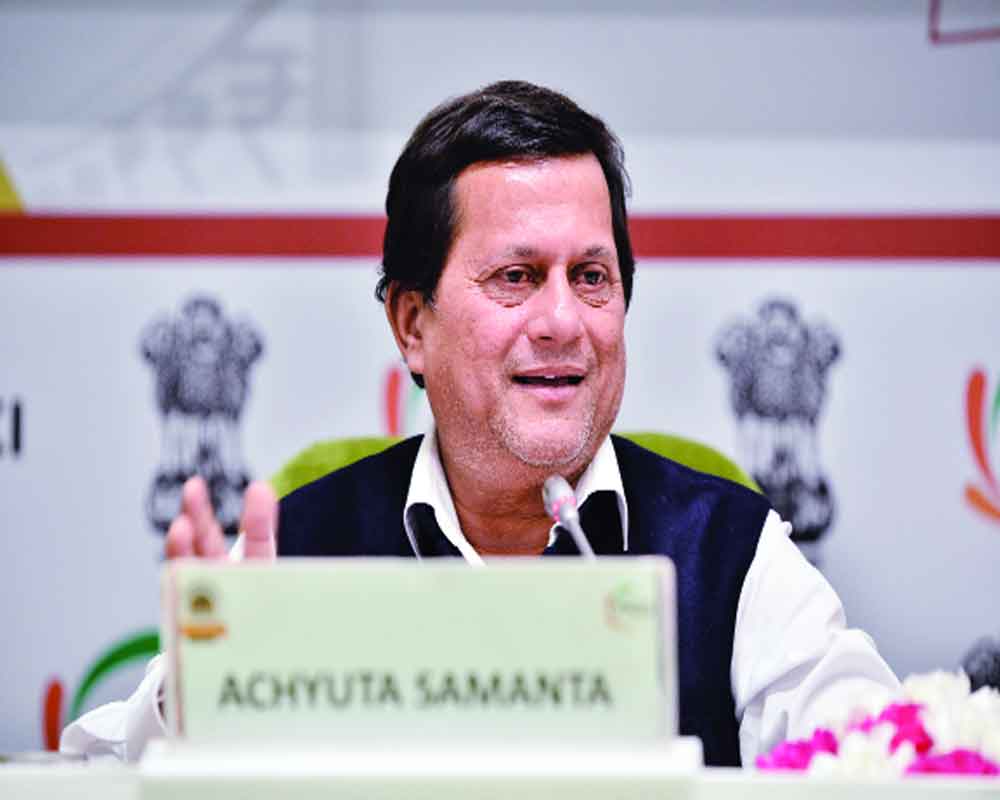 KIIT university is hosting the first Khelo India University Games (KIUG) 2020. It is another milestone for the university to host the most prestigious university-level sports meet under the Government of India’s flagship Khelo India Programme. KIUG, an annual sporting event under the aegis of Ministry of Youth Affairs and Sports, Government of India, Sports Authority of India (SAI) and Association of Indian Universities (AIU), aims to revive the sports culture in India.

Since it was going to be hosted in Odisha, a ‘go-ahead’ from the state government was needed. Talks were held and the dates were finalised. The Odisha government under the aegis of the Sports Authority of India and the Ministry of Youth Affairs and Sports was set to host the first-ever Khelo India University Games.

We were no strangers to sports. KIIT and KISS have accorded high importance to sports since their inception besides top notch academics. The two institutions have together produced more than 5,000 sports talents. The students of KISS have participated in Olympics, South Asian Federation Games, Asian Games and many more. In fact, KISS has played an important role in popularising Rugby in India.

Dutee Chand, Olympic athlete, who has won gold in the World University Games 2019 and two silvers in Asian Games 2019, is a student of KIIT. Juana Murmu, who is fondly referred to as the Hurdles Queen and Purnima Hembram, who has won Bronze in Heptathlon at 2015 and 2017 Asian Championships are students of KISS. The most recent achievement being Sumitra Nayak’s penalty scored in the dying minutes of the game to clinch the bronze medal for India, in a team consisting of five players from KISS, at the Asia Women’s Div-1 Rugby 15-s championship. In fact, numerous policymakers have predicted the presence of KISS students in the forthcoming 2024 Olympics.

KIIT has also been hosting top-level sporting tournaments for many years. However, playing hosts to India’s sporting event at the youth level was always going to be a challenge. It was a different ball game altogether. “We had to ensure every minute detail was taken care of. Arguably, the most challenging bit was to accommodate around 5,000 people in twin capacity, air-conditioned rooms in the middle of the academic year when we already had 30,000 students residing on-campus. Our priority had to be expediting the construction of several hostel blocks and sporting arenas that were in-progress and scheduled to be completed by the end of the calendar year. The pace had to be doubled and a collective effort was required. The entire staff of KIIT and KISS got involved with the utmost dedication. I was involved in the monitoring of entire turn of events,” said professor Achyuta Samanta, founder of KIIT & KISS.

“We paid attention to every detail. Officials from Khelo India had been monitoring the progress and inspecting all the locations. It is fair to say that they seemed content with all the arrangements, so much so that all 17 events of KIUG can be conducted at the KIIT campus itself,” added he.

“Only a few days were left for the start of the competition and players started to arrive. The madness had officially begun. A gripping sense of anticipation surrounded the entire university. The first flick of the racket against the backdrop of the beautiful KIIT campus — I was overjoyed with a sense of satisfaction. It was finally time for kick-off. And I was reminded of my childhood. Memories of my childhood makes me happy and sad at the same time,” Samanta said.

Growing up, he barely got two meals a day let alone having the privilege to go out and play. Neither had Samanta played sports or had situations conducive to even think about playing. Circumstances were difficult and he has worked hard to fight his way out of poverty. By god’s grace, today, he feels lucky enough to be contributing towards the development of so many young sports stars and the sporting infrastructure. His happiness knows no bounds now.

He said that there were a few nerves initially. He always felt confident and knew they would be able to pull it off. Samanta said, “After all, we had to live up to the tag of the ‘Sports Capital of India’, one that Bhubaneswar has earned having hosted numerous international competitions, one after the other. Here, I would like to thank the Government of India and Odisha for encouraging and supporting us to conduct such an event. And we want to go beyond. We are determined to become the sports capital of the world. And tournaments such as this will go a long way in helping us achieve that dream.”