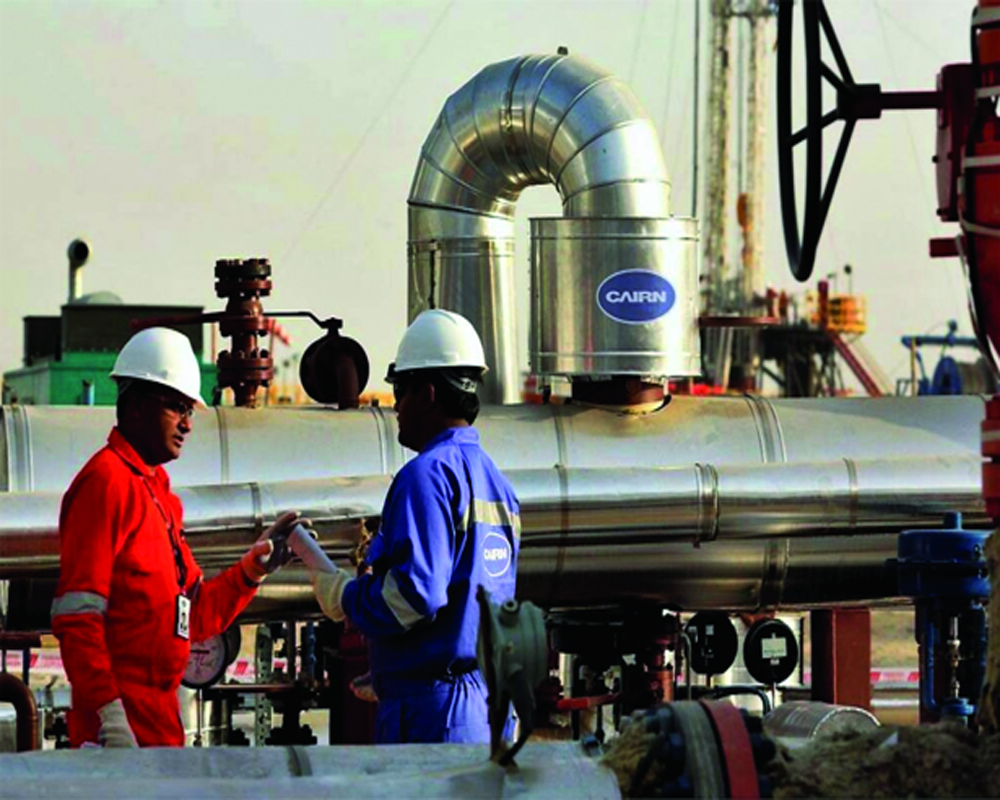 On the very same day that Prime Minister Narendra Modi effected a massive reconstitution of his council of ministers, India got in the shock in the form of a French court freezing residential properties belonging to the Indian government in Paris following a retrospective tax dispute with British power and energy giant Cairn Energy.

The decision will impact 20 properties valued at Euro 20 million (Rs 177 crore), as part of a guarantee of the debt owed to Cairn that exited India a few years ago. The company with a market capitalisation of £755 million (about Rs 7,800 crore) - has filed cases in several countries to pursue the unpaid international arbitration award of $1.7 billion (Rs 12,750 crore). The company also filed cases in New York, seeking judicial confirmation that Air India can be classed as the alter ego of the Indian state and thereby jointly liable for the arbitral award.

The French court decision is unfortunate as it is feared it can start a new diplomatic conflict and it also impinges on the sovereignty of the country. It might create an image that India can be taken lightly by MNCs and other private players.

And that is what exactly happened. A case similar to Cairn is that of Devas Multimedia, floated by ex-ISRO executives. It had entered into a deal with ISRO's Antrix Corp. and the National Company Law Tribunal said the 2005 spectrum lease deal was fraudulent. Deutsche Telekom later picked up its stake.

Devas moved an arbitration tribunal saying that its multi-million-dollar investments lost value because of the annulment. In 2020 the tribunal awarded Devas $1.2 billion. It is now seeking payment from India (now stayed by Supreme Court) in a New York court, asking Air India to pay the amount or forfeit its property, including planes, cargo handling, equipment, and artwork.

In both cases, the authorities in India bungled in pursuing the case. In the case of Cairn and Devas, they moved the courts in Germany and The Hague even as the Indian arguments on jurisdiction and criminality in two arbitrations under Bilateral Investment Treaty (BIT) under India-Mauritius and India-Germany agreements were lost.

Cairn and Devas have chosen flagship Air India planes and its prime property as a pressure tactic to force India into payment negotiations. Trying to seize planes or property to realise unpaid dues may be an extreme tactic but there are precedents. Aircraft are valuable, mobile, and relatively easy to sell. A few years ago, US hedge fund Elliott Capital Management seized an Argentine naval vessel to collect on bonds on which the country defaulted in 2001.

The Cairn matter is one of the irrational tax system. The company is in dispute with the government over a 2014 retrospective tax demand. The income-tax department seized a 10 per cent stake in Indian operations that Cairn was trying to sell. After a long dispute, it went for international arbitration and Cairn won the $ 1.7 billion award.

The issue of high taxation, as recently mentioned by President Ramnath Kovind, retrospective tax, and confusion on predating taxes is an unresolved quagmire. There is an OECD move to have a global minimum tax on corporates at 15 per cent or higher. The UPA government introduced the controversial retrospective tax in March 2012. The NDA II was expected to correct it after 2014 but the bureaucratic system continued with the supposed oddity.

The Supreme Court of India on January 20, 2012 ruled in favour of Vodafone overturning a 2010 decision of the Bombay High Court which ruled that Vodafone was liable to retrospectively pay $2 billion income-tax because Indian capital gains taxes (CGT) applied on the share transfers between two non-resident entities.

But the smitten tax officials took a different route to circumvent the SC ruling with the introduction of the retrospective tax in March 2012, allowing the government to levy CGT — a move that was piloted by former finance minister Pranab Mukherjee in 2012.

In March 2018 the then finance minister, the late Arun Jaitley, said that the decision to tax Vodafone retrospectively by UPA was erroneous and also that the “present government will not be going down that path”. On July 18, 2014, he had said that India would not levy any tax with a retrospective effect that creates an additional burden. But Jaitley made no move to repeal the 2011 law.

The statements of Jaitley and Prime Minister Narendra Modi pledging not to use retrospective taxation to overturn on Cairn Energy were used by a three-member tribunal at the Permanent Court of Arbitration in The Hague on December 20, 2020, to rule that the 2006 reorganisation of Cairn Energy’s India business before listing on local bourses was not “unlawful tax avoidance” and ordered the tax authorities to drop the tax demand. This did not happen due to bureaucratic audacity.

Cairn has moved for implementation of the arbitration award in several jurisdictions on different continents, including the US, the UK, Canada, Singapore, Mauritius, France, and the Netherlands as the company intends to focus on high-value assets. Cairn has submitted detailed series of proposals to the Indian government for settlement of the case. The NDA government is now opposing its stand apparently under pressure of officials.

It rattles India. Would the country lose its flagship aircraft carrier and other prime assets? Technically it maya be so but authorities say that they are yet to receive a notice or communication from the French court and the government would vigorously defend its case. It translates into more litigations as well as negotiations. Director of Cairn’s corporate communication David Nisbet says that the company is keen on an agreed settlement with India and keep the trust of its shareholders.

So, it has identified $70-billion worth of Indian assets to retrieve the $1.7 billion award. However, an international company knows that while it is important to contest governments, it also needs their goodwill to be in business.

The government is also in negotiations since January 2021, even before the present French order was flashed. It may give Cairn Energy one of the surrendered oilfields — Ratna R-series — in the Arabian Sea that was taken away from Essar-Premier Oil in 2016 instead of an arbitration payment. Cairn had spudded the biggest inland oil wells in Barmer, indicated in a survey by NGRI. It exited the country after it was given Rs 10247 crore retro-tax demand. Apparently, the government wants that the biggest oil company with one of the lowest operational costs come back to India to shore up its image as also create a show window for the international investors.

It is also looking at the other option of giving it the Barmer oilfield. Vedanta, which now operates the field, has so far has not agreed to the government conditions for extending its contract.   Under Vedanta, Rajasthan oilfields have seen a steady decline in output. Cairn has protested against the high $9 cess per barrel on the oil produced.

The bureaucrats had the issues mired in a web. A political decision to annul retro-tax under Prime Minister Narendra Modi can ensure that a Cairn, Vodafone, Devas, or Vedanta is not repeated and bureaucrats do not muddy the waters.