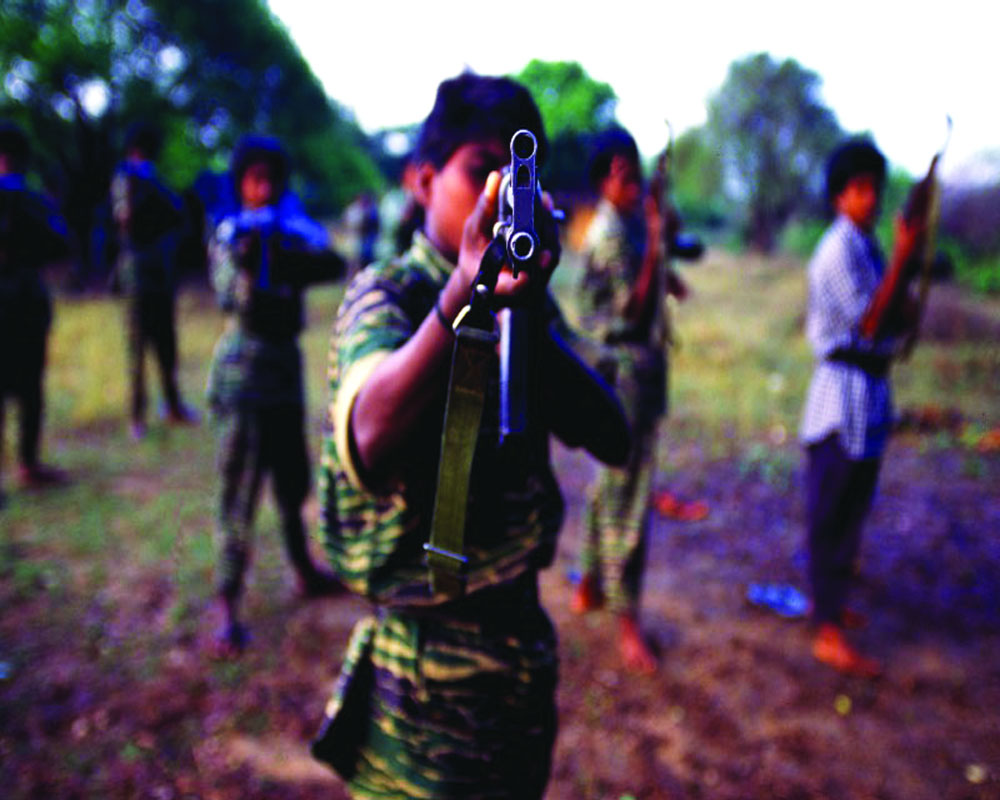 Today the Tamils are calling for accountability and justice for the crimes committed during the Civil War. The Government should heal the wounds. Otherwise, the relationship between the Sinhalese majority and the rest would deteriorate

The Mahinda Rajapaksa Government in Sri Lanka is in trouble again. The horrors of the three decades of Lankan Civil War are revisiting the Government. The two brothers — Mahinda and Gotabaya — are holding the two crucial posts, Prime Minister and President, respectively.

Earlier, Mahinda served as the President from 2005 to 2010, when Gotabaya was the Defence Secretary. During this period, both the brothers crushed the Liberation Tigers of Tamil Eelam (LTTE) and put an end to the longest Civil War in the country.

However it was the leadership of former Lieutenant Colonel Gotabaya, who finally led the Lankan Army to the successful war against the dreaded LTTE leadership of Velupillai Prabhakaran in 2009. It was good that an ethnic terror movement came to an end that took the lives of many in the past. And the armed forces of this tiny island nation and its political leadership breathed a sigh of relief. Prabhakaran’s torture regime was over with his killing in May 2009 at the hands of the Lankan Army.

This had not only shattered the command structure of the Tamil Tigers, but also pushed the outfit to the brink of closure. The organisation had lost both its firepower and manpower. The Lankan Government forces too had received severe casualties though the forces received abundant supply of arms from China.

The end of the war brought the most vital question to the fore — the massive violation of human rights by the Lankan Army. Though the Rajapaksa Government had justified the war, the humanitarian concerns emerging from the number of dead, missing and post-war rehabilitation of the Tamil civilians exposed the extreme level of brutalities that the Lankan forces resorted to.

Both the Rajapaksa brothers turned out to be heroes among the majority Sinhalese population, but questions of the violation of fundamental rights of the Tamils in the North and Eastern part of the country remained unanswered.

And this has been haunting the Rajapaksa Government since the end of the Civil War and now also with the returning of the duo to power.

Sri Lanka is facing a new UN Resolution at the UN Human Rights Council (UNHRC), calling on the human rights abusers to account and asking the country’s Government to deliver immediate justice to the victims. Britain and others have circulated a draft of the resolution among the members of the UNHRC.

It is expected to be adopted at the end of the four-week Spring Session of the UN’s top human rights body. The session began on February 22 in Geneva.

Germany and Canada are among the six countries that formed the core group along with Britain to bring the resolution on Lanka. Lord Ahmad, Britain’s Minister of State for South Asia and the Commonwealth, said: “The victims from all communities of Sri Lanka’s brutal Civil War are, a decade later, still awaiting justice for loved ones murdered or missing and dealing with the repercussions of violence and conflict”.

He further commented that the current resolution moved by his country in the UNHRC is a vital step towards reconciliation and peaceful relations among all of Sri Lanka’s diverse communities and faith groups. This will bring an added pressure on the Lankan Government, but then how Colombo will respond may only decide the future of the families of the victims.

UN Human Rights chief Michelle Bachelet has submitted her report on Sri Lanka to the UNHRC. While introducing the report to the Council, she said the effect of the conflict on thousands of survivors from all communities was devastating.

She highlighted that 12 years after the end of the armed conflict in Lanka, the domestic efforts to ensure justice for victims have failed. Further she stated, “Despite commitments made in 2015, the current Government, like its predecessor, has failed to pursue genuine truth-seeking or accountability processes… Moreover, the systems, structures, policies and personnel that gave rise to such grave violations in the past remain and have recently been reinforced”.

This has put the Rajapaksa Government in the dock. All efforts are on to pressurise Colombo so as to offer justice to the families of thousands of victims and missing persons in this devastating war.

As per the records made available by the international media and human rights agencies, the war killed about 1,00,000 people, including 40,000 Tamil civilians, massacred by the Lankan Army in the final onslaught.

However, the Rajapaksa Government completely denies these allegations. An estimated 1,50,000 people were trapped on the coast at the end of the war. Besides thousands went missing and the Lankan security forces were blamed for the disappearance of the Tamil rebels who either surrendered or captured.

Recently in a meeting with a UN envoy, Lankan President Gotabaya acknowledged for the first time that more than 20,000 people who disappeared during the country’s Civil War were dead.

Further his office released a statement that steps would be taken to issue death certificates for those missing. This has certainly dampened the hopes of those who were expecting a positive response from the Government.

Sri Lanka, the island nation, had witnessed the scourge of terrorism for about three decades. The terror fuelled by the monstrous LTTE had claimed many lives, including the civilians, soldiers and high-profile political leaders within and outside the country.

The LTTE under the leadership of Prabhakaran was simply running a parallel Government in the North-Eastern parts of Lanka. Today, the Tamils and other minority groups like the Muslims and Christians are alleging massive violation of human rights by the Lankan forces in the final war against the LTTE in 2009. But the international community must not forget the reign of terror brought by Prabhakaran and his team over innocent civilians across the island.

The LTTE, formed on May 5, 1976, by Prabhakaran was once used to be the only terror group in the world possessing its own military. Its political headquarters was in Kilinochchi, situating at a distance of 200 miles north of Lanka’s capital city of Colombo. And this military consisted of three distinct branches — the Tigers (Infantry), Sea Tigers (Sea Wing) and Air Tigers (Air Wing). It had gradually emerged as the most lethal and well-organised terror group.

In fact, the Federal Bureau of Investigation (FBI), in its report published in January 2008, stated that the LTTE was one of the most dangerous and deadly extremist outfits in the world and the world should be concerned about the outfit as they had inspired networks worldwide, including the al- Qaeda in Iraq. The brutal tactics and the employment of child soldiers by the LTTE were causing concerns across South Asia in its heydays.

Further some reports indicate that women were also forced to join the organisation. Only after seven years of its formation in 1983, the organisation opened its Women’s Front of the Liberation Tigers under the leadership of Vithusha. Like many other African terror groups, the LTTE used to recruit children for combat forces.

As per the estimates of the Sri Lankan Directorate of Military Intelligence, as much as 60 per cent of the outfit’s fighters were below 18 years. It was also revealed that the fighters of the Tamil Tigers who were killed in the war were mostly between 9 and 18 years.

These were some of the harrowing episodes of the LTTE that rightly underlines how the terror organisation was simply twisting and undermining the epithets of basic human rights. Initially, it seemed to be an endless saga of terror, violence, torture and a parallel state run by an authoritarian leader.

Today the Tamils are calling for accountability and justice for the crimes committed during the Civil War by the Lankan forces. It is hard time for the Rajapaksa duo to respond to the Tamil minority in their country and to the world Tamil diaspora on this sensitive issue. What is expected from Colombo is quick redressal of the grievances of the minorities in the North and Eastern part of the country.

It is time to accept the responsibility of war crimes on the part of the Lankan Government. It is time to heal the wounds. Else, relationship between the Sinhalese majority and rest of the minority communities, particularly with the Tamils, would further deteriorate.