New alliance in the Asia-Pacific

New alliance in the Asia-Pacific 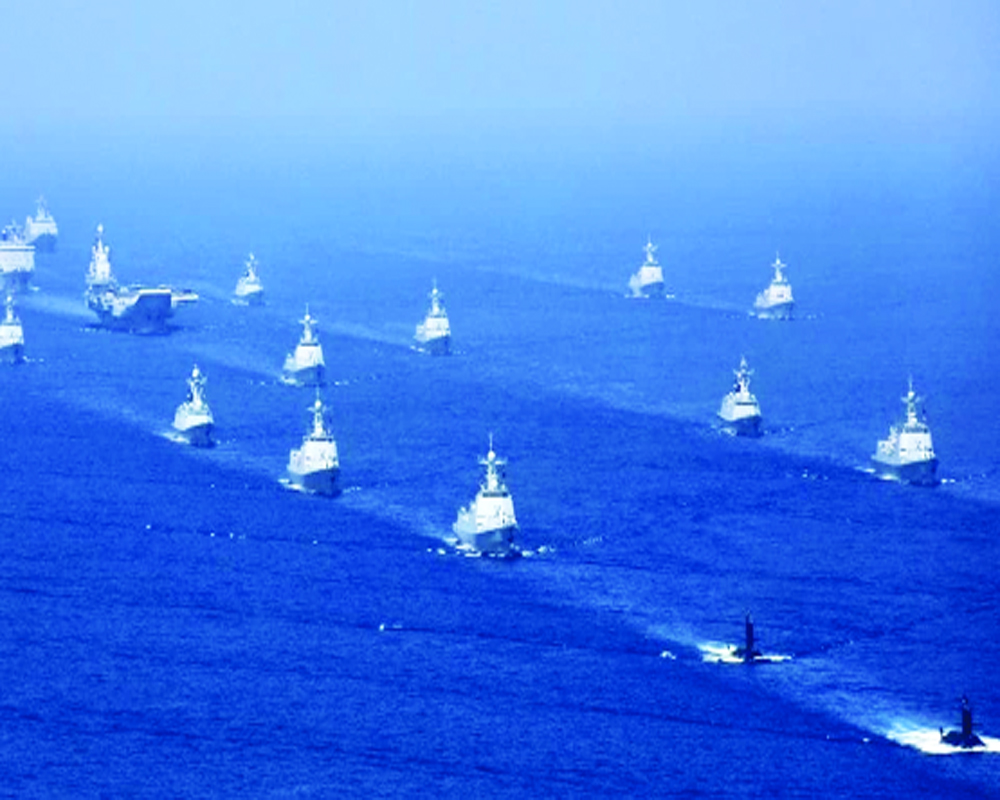 The tussle between the US and China seeks a formal garb after the AUKUS was formed, and now the US wants more micro engagements in the region

The United States is fully engaged in shifting its unsuccessful strategic workshop from Afghanistan to the East. That is what Joe Biden implied in his justification behind the withdrawal of the US forces from Afghanistan during the first week of this month. Followed by this statement, Vice President Kamala Harris visited Southeast Asia, an indication that the US was now permanently seeking serious engagement in the East against rapidly increasing Chinese belligerence.

The US has already made a strong military base with a substantial number of troops in the region since the Vietnam War: it has amassed fifty thousand troops in Japan, twenty-eight thousand five hundred in South Korea and five thousand in Guam, its own small island territory in the Micronesia subregion of the western Pacific Ocean. The presence of the US military in the Philippines has its own history depending upon the type of government the latter had.

The western powers (read US) had miserably failed to counter China from the initial stage of its claim on the entire South China Sea (SCS). It is a marginal sea of the Western Pacific Ocean, deriving its name by touching the shores of South China. China cites this as the main reason for claiming the sea in its entirety. The SCS, rich in natural resources, has archipelagos comprising uninhabited islands. It is surrounded by the Indochinese Peninsula, islands of Taiwan, the Philippines, Brunei, Sumatra (Indonesia) and sharing its water with the East China Sea, via 7 Straits, namely, Taiwan, the Philippine Sea via Luzon Strait, the Sulu Sea via the Straits around Palawawan, Straits of Malacca via Straits of Singapore, Java Sea via Krimata and Bangka Strait. Two Gulfs, the Gulf of Thailand and the Gulf of Tonkin, are also part of the SCS. It is a passage to one-third of the global shipping valued at $ 3.37 trillion (2016 data). Hence the sea is touching almost all the parts of the ASEAN countries.  China has already installed lighthouses, radars, communication facilities, hangars,and numerous other military establishments on the artificial islands it has erected.

The geopolitical tussle between the two powers has obtained a formal garb after the formation of AUKUS, and the US wants to get more micro engagement with the powers in the region, and empower them to protect their sovereignty. The tactic of China, though is very clear; to engage economically with the states and push its hidden agenda to grab the water/land as collateral. In doing so it also leverages its influence on the individual governments in the region to extend its interest.

There have been formations and activations of some geo-strategic groupings consolidating their power in the eastern part of the Indo-Pacific region. Five Eyes, ANZUS, Asia Pacific (now Indo-Pacific) Quad, and now AUKUS, are strategic groupings formed to counter China. This is evidenced by the changing terminology from Asia-Pacific to Indo-Pacific and the subsequent formation of QUAD which in its last meeting in March affirmed the rules-based maritime order in the East and the SCS under the “The Spirit of the Quad,”. It was a clear message to China’s belligerence and its aggressive manoeuvres in the region.

Australia has gained a mixed image among the Oceanic and Southeast Asian countries as it is located in the middle of the smaller nations. The Oz never showed enthusiasm in terms of engaging itself inclusively among smaller states and there have been instances it bullied one or two on some petty issues and till recently it had bonhomie with the PRE under Prime Minister Tony Abbots.

China went ahead and invested heavily among the oceanic tiny states creating an economic corridor primarily aimed at making these countries debt-ridden and flooding them with Chinese industrial products. Completely oblivious to Chinese growth in the region, Australia increased its trade with China and gradually China emerged as its largest two-way trading partner in goods and services accounting for nearly one third (31 percent) of its global trade till 1999 according to a website of the Department of Foreign Affairs and Trade of Australia. This continues till today. Not content with bilateral trade, China grew its influence on Australia’s media and higher education system and to some extent its defense and strategic establishment as well.

The relationship between the two countries deteriorated primarily because China started interfering in the domestic affairs of Australia and continued creating fear in and bulldozing smaller nations having a direct stake in the SCS i.e., the Philippines, Vietnam, Indonesia, Brunei, Malaysia, and Taiwan. The major grouping in the region, the ten- member ASEAN, could not muster one voice against Chinese aggression and undue interference.

It is estimated that the sea has more than 11 billion barrels of deposit of oil and 190 trillioncubic feet of natural gas. These are the two treasures in the sea that the Dragon has brought under its control and claims the entire sea after antagonizing and thwarting other claimants. The Philippines, one of the largest losers in the immediate region went to the International Court of Justice against Chinese grabbing of its legitimate territory, and it also received favourable verdict under UN Convention of the Law of the Sea (UNCLOS) However, China disputed the ruling, saying that the ICJ had no say in the matter. On the other hand, other countries like Indonesia and Malaysia kept conveying their grievances to China from time to time. The overall scenario is that the ASEAN is a silent spectator in the region. It was left to Australia to make a move.

Now AUKUS (Australia, UK, and the USA) is viewed by experts of international relations as an attempt to create a solid power bloc in the Indo-Pacific purely targeting China. However, the implications of a strong militarily equipped Australia will be far and bring their defense and strategic setup into immediate focus. The recent AUKUS deal will empower Royal Australian Navy with the nuclear-powered submarine. Though the submarine is not a nuclear weapon it can be equipped with them, and accordingly, can have wide ramifications in the region. Unlike the conventional submarine, the new nuclear-powered submarine technology offered to Australia will be far ahead in terms of speed, storage of weapons, durability under the depth of the sea, etc.

It is not that the United States had always gone to the various corners of the world on invitation. But AUKUS is a genuine case in which Australia had voiced its insecurity with regard to the South China Sea and made easy American intervention in the region by way of the trilateral alliance. Not only is it meant to ward off Chinese belligerence in the South China Sea, but an attempt to tell the world that US-led military alliances still remain relevant.AUKUS is completely in line with President Biden’s promise not to allow China to dominate any region of the world till he was in office.

Not only have the defense expenditures of ASEAN countries not expanded despite getting their doors knocked by China at an alarming rate, ASEAN countries do have numerous maritime disputes among themselves. AUKUS,while augmenting western military presence there, also provide the ASEAN nations with a sense of security from China.