When a PM’s conceit dragged down India

When a PM’s conceit dragged down India 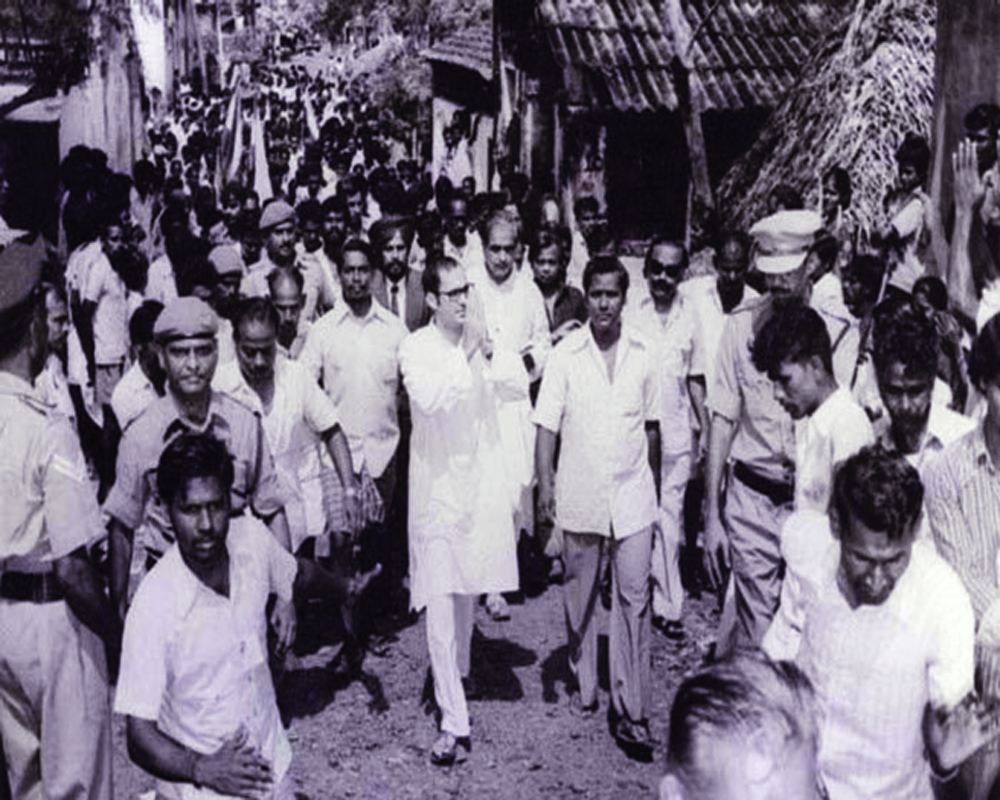 On the anniversary of the only state of Emergency that India has seen, here’s a look back at the dark days and those preceding it

Certain maxims like “Those who cannot remember the past are condemned to repeat it” (Spanish philosopher George Santayana) or “Those who fail to learn from history are doomed to repeat it” (British statesman Winston Churchill) get more and more powerful and relevant as the years go by.

The notes of caution issued by Santayana and Churchill come to mind on every June 25, the day in 1975, when Indira Gandhi, the then Prime Minister, declared internal Emergency and arrested all those who questioned her authority to continue in office despite the Allahabad High Court declaring her 1971 election to the Lok Sabha from Rae Bareli null and void for using fraudulent means.

According to Shanti Bhushan, the lawyer who appeared for Raj Narain Singh, the challenger to Indira Gandhi in the 1971 election, the charges against her included using Indian Air Force planes during the campaign, employing the services of Yashpal Kapur, her private secretary, as her election agent even as he was in the Government of India service and using the symbol of cow and calf, which was deeply associated with the religious sentiments of Hindus.

Bhushan has given a vivid account of the election suit and its trial in his memoirs, “Courting Destiny”. Justice Jagmohan Lal Sinha, who delivered the verdict on June 12, 1975, set aside Indira’s election and disqualified her for six years from contesting elections. But the stay granted to her by Sinha turned out to be the spoilsport, says Bhushan. “If I had been in Allahabad, I would have opposed the prayer for a stay and perhaps it would have been declined and the political history of India might have been different,” Bhushan writes in his memoir.

It was to facilitate her continuation in office that Indira declared the Internal Emergency. She was persuaded to do so by the members of her “kitchen cabinet” that included Congressmen and the CPI under the garb of pseudo intellectuals. Having lived through that period, one can easily say that Indira, who had a landslide win in the 1971 election, had squandered the public goodwill through acts of corruption and favouritism.

Discontentment was brewing among people. They had understood their folly behind slogans like “Garibi Hatao”. The voters across the country wanted quality rice, wheat, pulses and employment that would help them realise their dreams. Our politicians propagated the wrong brand of socialism, wrote eminent jurist Nani Palkhivala in an article (Socialism: Its kernel and its shell) way back in 1972. “Socialism means different things to different people, and to some people it means no more and no less than Cabinet rank,” wrote Palkhivala.

Public resentment was at its peak against Indira and her cartel of select politicians who never had any mooring among the electorate. Slogans like “Indira is India and India is Indira” coined by the then AICC president Dev Kant Barooah reverberated across the country, thanks to serviles in Akaashwani and the obliging media. Civil rights were suspended and the judiciary was turned into a scarecrow. The worst kind of press censorship was introduced. The All India Radio (Akaashvaani) became Indirawani or All Indira Radio.

The CPI, which bemoans that democracy is in danger in India, was hand in glove with Indira to suppress and oppress dissidence of any kind. C Achutha Menon, party leader, was the Kerala Chief Minister with Congress support. What we witness now is a replay of the days of Emergency. Court jesters and sycophants would never take India to the position of a developed country.  International honours accorded to top political leadership are nothing other than a ploy to retard the country’s progress. The same “well-wishers” finance all disruptive forces to foment riots and chaos across the country.

The problem with Indira was her fear for people around her whom she feared of toppling her from power. Leaders like K Kamaraj, Morarji Desai,  Chandrashekhar, Sidharth Shankar Ray, Jagjivan Ram, Lalit Narayan Misra and Biju Patnaik were all competent.

We had Jayaprakash Narayan, whom people addressed as Lok Nayak at the time, to rekindle the passion for democracy and honesty in our hearts. But as we approach the golden jubilee of Internal Emergency, what we see in the national political arena is a replay of what was witnessed in the early 1970s. There is not a single leader who can inspire the youth. Politics has become a big-time business with State chieftains of national parties getting caught with their veshtis down! Not merit or competence, but the ability to sing paeans in honour of the supremo matters.

When Indira was defeated in 1977, a widely respected politician (we had a few of them then) was heard telling “Indira is not even Rae Bareli”. The lady failed to learn her lesson even after the bitter experiences of Emergency. A leader starts fearing her/his colleagues when s/he loses self-confidence. Need any proof?

(The writer is a senior journalist working as a Special Correspondent with The Pioneer. The views expressed are personal.)