Babar of 'Mirzapur' to Parchun from 'Pagglait': Aasif Khan on his acting journey

Babar of 'Mirzapur' to Parchun from 'Pagglait': Aasif Khan on his acting journey 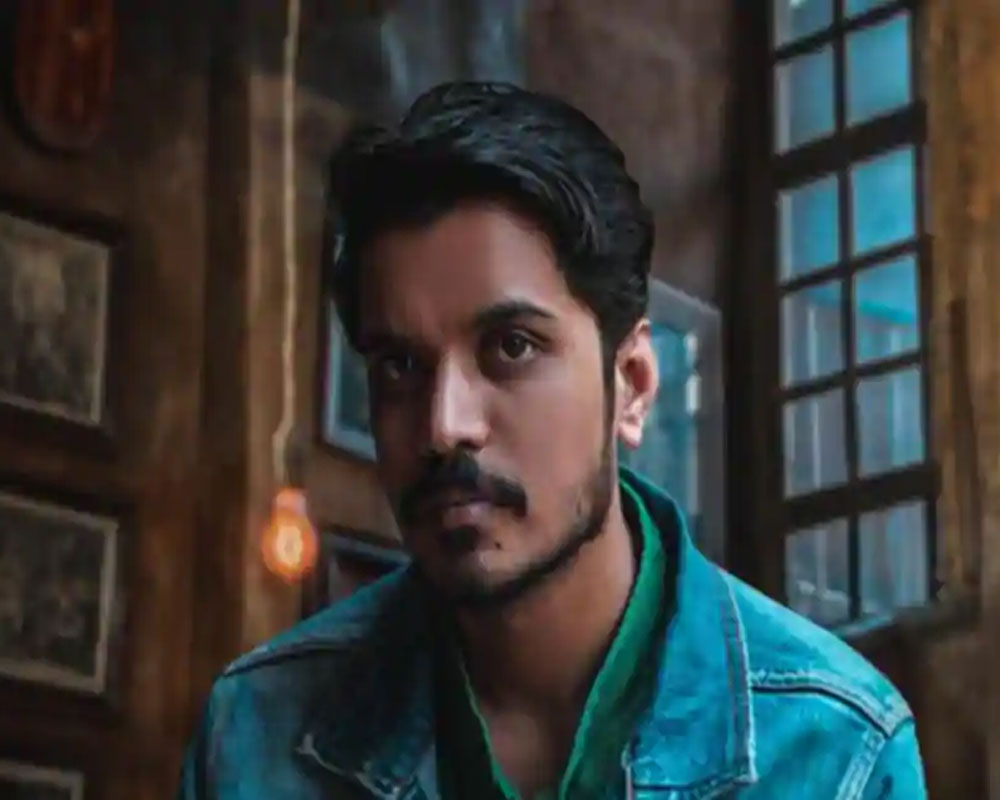 Aasif Khan, who has appeared in a string of critically acclaimed and hit web shows like "Mirzapur", "Panchayat" and "Paatal Lok", remembers the moment he decided to become an actor.

Khan, born and brought up in small town of Nimbahera in Chittorgarh, Rajasthan, says his acting dreams started to take shape after he watched comic Raju Srivastava's wedding stand-up act in a 2005 reality show. He felt "inspired".

The next few years were devoted to making this dream come true. He took up odd jobs like working for a telecom service provider in his native Nimbahera to waiting tables at a Mumbai hotel to stay afloat during these years during his struggling days.

"I watched Raju Srivastava's wedding act in 'The Great Indian Laughter Challenge'. I thought this is something new and I should do something like this. Eventually, I did stand-ups in nearby cities like Jaipur, Udaipur, and Bikaner," the actor told PTI in an interview.

Khan had only completed his higher education when he had to leave studies to support his family after his father's death in 2008.

An ardent Shah Rukh Khan fan, he reached the Barry John Acting Studio in Delhi when he found out his idol had studied acting there.

"I remember crying at the reception and asking them to take me in. The fees was Rs 60,000 and I was earning a meagre Rs 4,500 during those days."

"In 2010, I told my mother I wanted to go to Bombay, but she didn't allow me. So I left home and came to Bombay without telling anyone," the 29-year-old actor recalled.

In Mumbai, Khan also worked at a department store chain to support himself.

A year or so in the city of dreams, the actor realised he will have to do theatre.

He took a reverse gear and went to Jaipur in 2011 where he joined Sabir Khan's Sarthak Theatre group, with whom he was attached for six-seven years.

As production houses had started coming to Jaipur, Khan got the opportunity to face the camera for the first time with the Zee Marudhara show "Collector Sahab", following which he appeared in a few episodes of the popular Sony TV show "Crime Patrol" and worked as a junior artiste in "Agneepath", starring Hrithik Roshan.

In 2016, he moved back to Mumbai and after roaming around for a month he found a job as a casting associate at Casting Bay, run by Abhishek Banerjee with whom later he co-starred in "Paatal Lok" and Anmol Ahuja, who worked on Khan's latest film "Pagglait".

"Seeing many actors audition served as my training ground. It helped me polish my craft," he noted.

Soon he landed bit parts in films like "Toilet: Ek Prem Katha" and "Pari", but it was his role as the loyal aide Babar in "Mirzapur" that got him attention in 2018.

A year later he made his Bollywood debut in 2019 with "India's Most Wanted" as one of the five leads.

In 2020, Khan's performance as a stubborn groom Ganesh in "Panchayat" broke the Internet with his meme-worthy dialogue delivery.

From Babur to Parchun, a goofy yet sympathetic shopkeeper in "Pagglait", Khan believes he is just getting started.

The actor had initially turned down the role of Parchun, when one of Ahuja's team members described the role as "a fun relief character who is a friend of the main character", played by Sanya Malhotra.

"As they didn't elaborate on the role, I refused the part. For me, the number of scenes or dialogues are not important, but the character I play should have an identity."

There were 10 days for the shooting to begin when Ahuja personally called up Khan to ask why he had said no to the film, produced by Balaji Telefilms and Sikhya Entertainment.

"Anmol sir convinced me that the character was very different and interesting from all the serious roles I have done till date. When he sent me the script, I got ready to audition with my co-star Chetan Sharma," he said.

The next day, writer-director of the film Umesh Bist asked Khan to meet him.

"I thought they wanted me to do another scene. When I went to Sikhya's office, he narrated the whole story to me and then said 'Welcome on board'," he recalled.

Khan said working on the film with stalwarts like Ashutosh Rana, Raghubir Yadav, Rajesh Tailang, Sheeba Chadda, and Jameel Khan, was akin to getting enrolled in the National School of Drama and in turn getting paid to study for a month.

"It felt like I'm on the sets of a film like 'Maqbool' that has such a lavish cast. These have been my heroes growing up. Raghubir Yadav is a legend and I got a chance to work with all these actors in one film."

"Pagglait" revolves around Sandhya (Malhotra), who ventures onto a journey of self-discovery while struggling to make sense of her husband's death and dealing with her quirky in-laws.

Citing Charlie Chaplin's quote "Life is a tragedy when seen in close-up, but a comedy in long-shot", Khan said the film shows the reality of death.

"The way death has been shown in Bollywood films -- there is a garland of the photo of the deceased, people in mourning are wearing pristine white and ironed clothes. That's not how death is. The dynamics between all these quirky characters in this house, that's what the film is about."

For the actor, entertainment is more important than message and one can't create a "boring" film in order to make it subtle.

"'Paatal Lok' also is a sharp commentary on what's happening these days but it is gritty. 'Pagglait' does the same but it feels like someone slapped you wearing a velvet glove," he explained.

Khan will next be seen in the show "Shubhratri'', his first as a lead, alongside "Scam 1992: The Harshad Mehta Story" actor Anjali Barot.

"Pagglait" is streaming on Netflix.