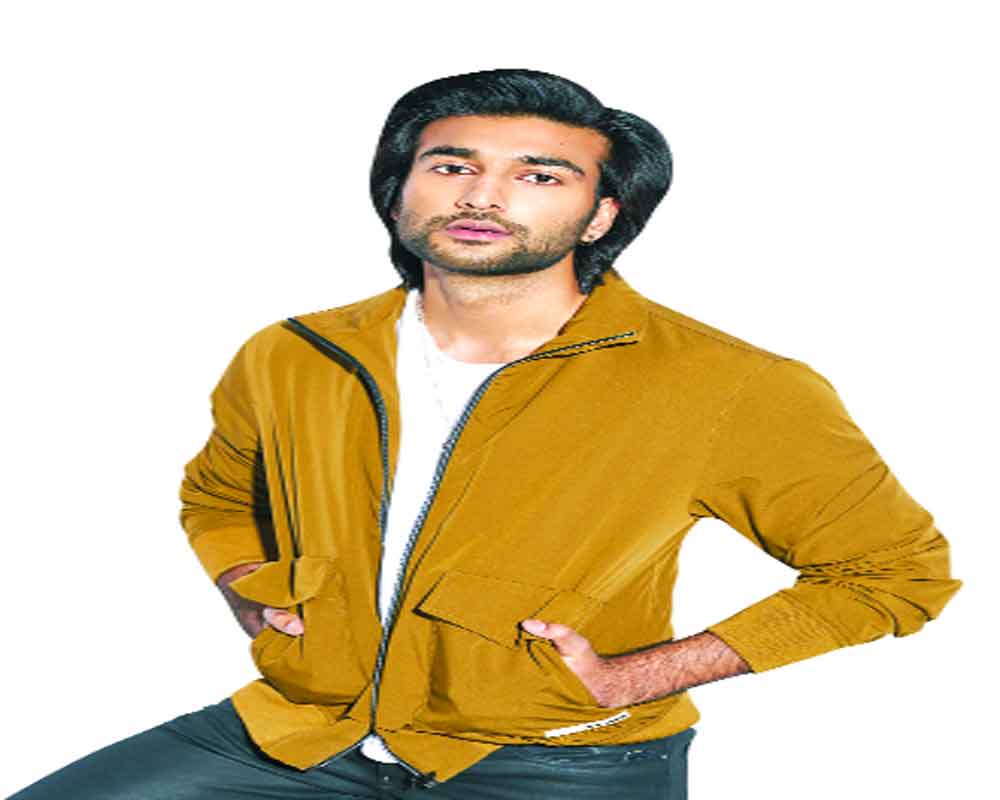 Christy Varghese catches up with actor Meezaan Jaffrey, ahead of the release of his new film, Hungama 2

Meezaan Jaffrey, son of the versatile Javed Jaffrey, who made his Bollywood debut in 2019 with Malaal, exudes a quiet confidence as he goes about things in a matter-of-fact sort of way. Before our interview, we witnessed him politely declining to comment, with subtle laughter, on a somewhat controversial query by a mediaperson. While we did not know what to expect when our turn came, he appeared to be at ease with himself and was quite frank with every question we posed.

He shares his thoughts on Hungama 2, ahead of its release on July 23 on Disney+ Hotstar.

From a romantic drama by Sanjay Leela Bhansali in Malaal to a comedy directed by Priyadarshan, how vastly different were the preparations for these two projects?

When we were working for Malaal, I had to strenuously prepare for my role. It would be safe to say that I was on the edge, to a certain extent. However, for Hungama 2, there was no preparation at all. That came as a total surprise going by the fact that I was working on a film by Priyadarshan, alongside Paresh Rawal and Shilpa Shetty. When I asked Priyan sir how would he like me to prepare for the character and the film, he simply said, ‘I don’t want you to prepare at all. I just want you to come on set, listen to what I have to say and then just try to have fun.' That’s exactly what I did and it was something different from what I had expected. Not many people have this way of working, but Priyan sir does, and I must say it works in his favour and that of Hungama 2. The spontaneity and the improvisation that comes along with it, bring so many nuances to the screen that would have been missed if we turned up prepared.

I don’t think so. But to be honest, I can't really say; it’s not like I have done a lot of comedy films, I am still learning and exploring my interests. I regard comedy as a very difficult genre and I suppose the amount of preparation for such projects depends on the kind of comedy it is, how the filmmaker has envisioned it and their style of working. Personally, I think it is very difficult to make people laugh.

Did working with a veteran of comedy roles, such as Paresh Rawal, provide you any input with respect to preparation?

Paresh ji improvises on the spot and improvises a lot. That is something he is incredibly good at. I think we all know without me mentioning it that he is extraordinary at his job. His performance causes a chain reaction of sorts as his improvisation coaxes better performances from us, the actors around him. Your reactions are bound to be different and original when someone like him throws something fresh at you, with every take of each shot. He is very reserved otherwise, but the moment the camera is focussed on him, he transforms into something else. His experience is out there for everyone to see, with each one of his performances. Some time in the beginning I remember thinking, ‘why is he not preparing his lines?’ But the truth is he does not need to. He has honed his craft to such an extent, that he does not prepare for a role the way, I think, I would.

Your thoughts when you were filming for Chura Ke Dil Mera 2.0?

I don’t think I am much of a dancer. While I do enjoy dancing, I think that dad’s genes probably played a huge role. I was extremely nervous filming that song because it was a big deal. Showing my moves for the remake of a prominent song which was filmed over 25 years ago, with Shilpa ma’am of all people, the leading lady from the original song, a lot of things were going on in my mind. I followed Priyan sir’s mantra and tried to enjoy the process. As soon as the camera comes on, I have to get into the zone. I am glad that song blew up across the globe with people making reels on it and I am grateful for the love that has come my way because of the song.

Did you watch Minnaram, the Malayalam film by Priyadarshan, on which Hungama 2 is said to be based?

Priyan sir specifically told me to not watch Minnaram. He felt that if I watch it, I might subconsciously end up copying what Mohanlal did in the film. However, when I sat down to watch Minnaram after we wrapped up shooting, I was surprised because it is poles apart from what we had made. And when I expressed this over a phone call with Priyan sir, he shared that he thought it would be wise to not reveal anything so that I could focus on my character. I would say that only 20 per cent of Hungama 2 bears a resemblance to Minnaram.

Working alongside stalwarts such as Priyadarshan, Paresh and Shilpa was surely an incredible learning experience. Is there anything, in particular, that you think was of vital importance?

Seeing Paresh ji at work I have understood the significance of completely letting yourself go, without any inhibitions, in this industry. That, I would say, was the most important lesson — staying true to the character assigned to you. That is something I won’t forget and will hopefully shape me as an actor in the years to come. Additionally, while an actor is a director’s puppet, with them trying to mould us the way they think works best for the film, an actor must give them a considerable range of nuanced skillset to work with. This is something I have learnt with Sanjay Leela Bhansali and Priyan sir. It is just the beginning of my journey, but something I have learnt is that every time I set foot on the set, I have to give it a little more than just my 100 per cent.

Would you say your father had a big role in helping you in Bollywood?

Well, I did not plan on making it big in this industry and my father knew this. As a kid, I have witnessed my father at work multiple times. There were instances when my mum asked me to drop dad’s lunch on the set and when I would get there he would always welcome my presence and I think it helped him relax as he would ask me to sit with him for a bit. I used to watch, without any interest or intention of becoming an actor. Back then I was into music and sports and was interested in pursuing some sort of business related to sports. I had applied to Loughborough University in London, which is considered to be among the finest universities for sports, and I managed to get in as well, but I don’t know what happened, call it fate or whatever you want, I got into filmmaking. I started learning direction and editing. I met Sanjay sir who expressed his interest in launching me in Malaal and I took the opportunity. You know how they say that opportunity does not come knocking twice...  Later on, during the time I was shooting for Malaal, I realised how much those impromptu visits to my father's set had helped me. Apart from that, my father has always encouraged me to pursue my interests.

What are you up to, now that you are done with Hungama 2?

There are more films in the works, I believe you would be hearing about them soon. The production has its way of announcing, I will respect their call and wait for them to put it out there. What I can tell you is that I have two-three projects in the making and I can’t wait to start filming. Currently, I am busy with all the promotions and hungama for Hungama 2. Trying to take it one step at a time. (smiles)