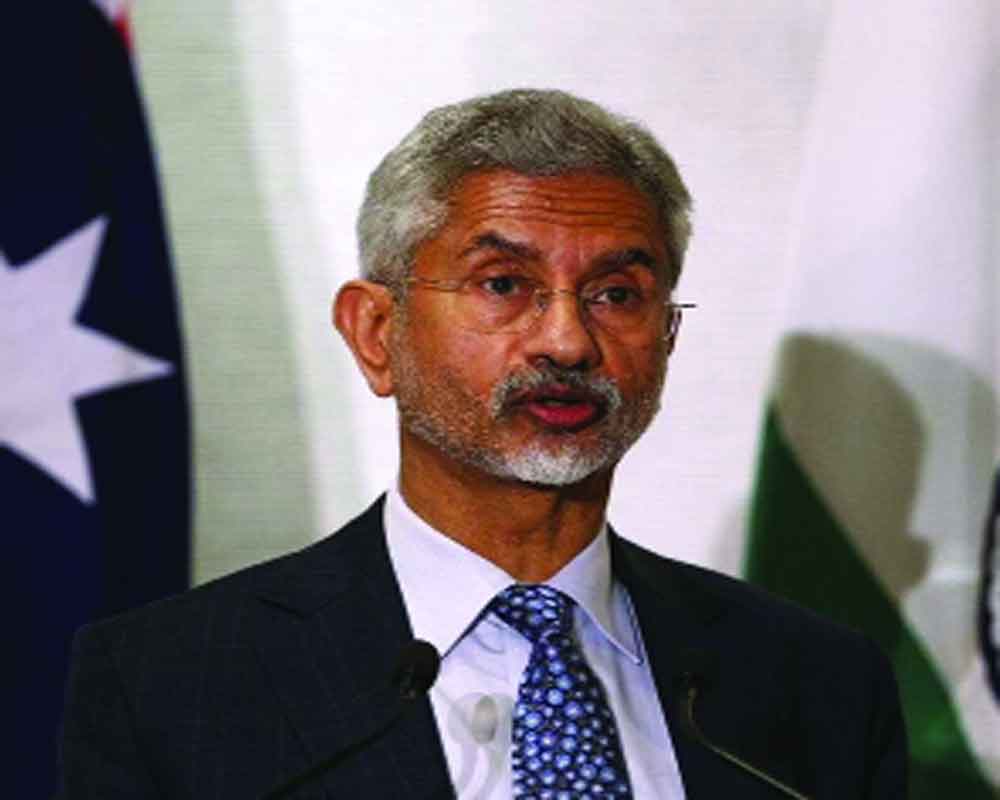 The arrival of a Chinese spy ship in Sri Lanka is part of its anti-India activities, but Jaishankar downplays it

Yuan Wang 5, a tracking and satellite support vessel, reaching Sri Lanka’s Hambantota port should not surprise anyone. India had objected to such a ship in its proximity but if someone thought that such objections would sensitise the Chinese Communist Party to our concerns, they were living in a fool’s paradise. On the face of it, there is nothing illegal about the trip, for it is to a port that the Chinese own; and it is in a country that is sovereign. It can be argued that if Sri Lanka is okay with the trip, we can’t oppose it. But we can, because it is a hostile vessel with capabilities which are inimical to our interests. Expert opinion is that Yuan Wang 5 at the Hambantota port, which is strategically located in the Indian Ocean, can seriously compromise our missile and satellite programmes. That is the intention; this seems to be part of the encirclement of India. The exercise is also in tune with the multipronged action by China to emerge as a, and then the, global hegemon. It believes that the world should begin adapting itself to the emerging reality, so on Saturday it asked India to reiterate its support for the One-China Policy against the backdrop of the crisis in the Taiwan Strait which was triggered by US House of Representatives Speaker Pelosi’s trip to Taiwan. That is, New Delhi should assuage Beijing’s bruised sensitivities, but expect no reciprocation. Hence the arrival of Yuan Wang 5.

The arrival also underlines the incompetence of our foreign office; if we couldn’t pressure Colombo even at this point of time, in the wake of billions of dollars of aid to the crisis-hit nation, to do something that suits us, then we will never be able to that in future. The Ministry of External Affairs’ incompetence seems monumental when viewed against the backdrop of the resistance that Yuan Wang 5 faced from several Sri Lankan politicians. Sri Lanka’s Tamil Progressive Alliance leader and Colombo’s Member of Parliament Mano Ganesan said in a statement the coming of the Chinese spy vessel to Lankan waters was “simply wrong.” He went on to highlight India’s concerns, pointing out that India is the country which has “provided near $4 billion to us in our time of crisis.” To be fair to the Sri Lanka Government, it did request China to defer the arrival of Yuan Wang 5 at the Hambantota port “until further consultations” on the matter. In typical diplomatese, External Affairs Minister S Jaishankar downplayed the incident. In an interview to a newspaper, he said, “We need to take care of our national interests but can’t claim exclusivity in the region. To say that this [the permission to allow the Chinese vessel to dock at the Sri Lankan port] is a flashpoint between India and China would be inappropriate.” An echo of the infamous statement by Nehru, “Not a blade of grass grows there…”?