Proselytization is a colonial practice

Proselytization is a colonial practice 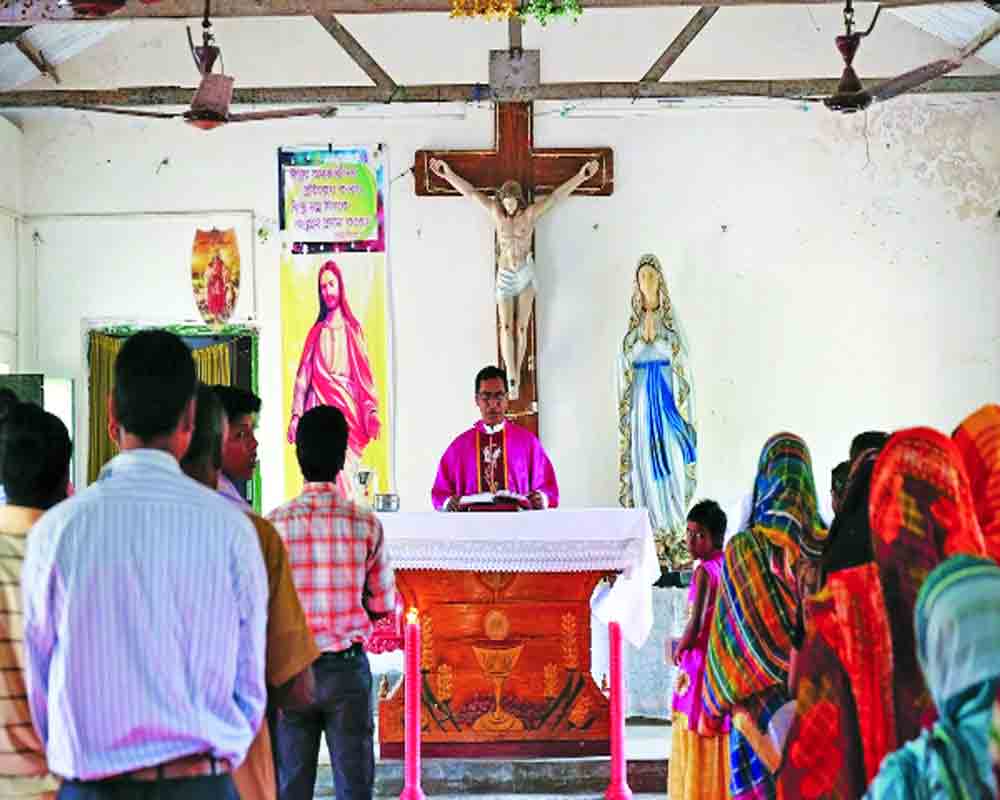 In his Independence Day address, PM Modi stressed the need for purging the remaining vestiges of colonial rule from our national psyche. The renaming of Rajpath, the Kingsway of pre-1947 days, as Kartavya Path is a welcome measure in that direction. However, throwbacks to our days of unfreedom take many forms. The assumed superiority of the religion of the colonizers over that of the subjects is one such. Thus, the arch-imperialist Churchill had this to say of Indians and their religion: "They are a beastly people with a beastly religion."

This mentality leads to religious proselytizing which violates the basic rationale of a secular state. Secularism requires the state to be either separate or alternatively equidistant, from all religions and consequently to treat all citizens in a non-discriminatory manner, irrespective of their religion or sect. The founding premise of a secular state is that all religions are equal, for if not, then in place of a secular state we should have a theocratic one based on the superior-most religion. It follows that while people should be free to choose their religion, proselytizing activity, which is premised on one religion being superior to the others, must not be allowed in a secular state.

While granting the right to propagate religion freely, Section 25 (1) of the Constitution does not grant the right to convert another person to one's own religion but only to transmit or spread one's religion by an exposition of its tenets (Rev Stanislaus versus the State of MP, SC,1977).

In other words, conversion by use of "force, fraud, or allurement" is impermissible and punishable in a secular state as it militates against the freedom of conscience stipulated in the same section. The SC judgment makes it clear that 'there is no fundamental right to convert another person to one's own religion because if a person purposely undertakes the conversion of another person to his religion, as distinguished from his effort to transmit or spread the tenets of his religion, that would impinge on the "freedom of conscience" guaranteed to all the citizens of the country alike. As such, any deliberate and purposive activity to convert others to one's own religion runs counter to the letter and spirit of our secular Constitution.

The centrality of evangelistic activities by Christian missionaries in the policy and aims of the British Raj is undeniable. The narrative that colonizers were impelled solely by the lure of commercial exploitation, to the exclusion of any proselytizing aims, is dispelled by numerous contemporary writings; to illustrate, here is what an English visitor to India wrote way back in 1829: 'In every point of view, then, is colonization the only effectual remedy… to the development and well-being of the subject millions committed to our sway, and the eventual establishment of Christianity over some of the fairest portions of the habitable globe.

One of the many British proposals for self-rule arrangements for India in the 1940s "… wanted a statutory guarantee for the continuance of the work of Christian missions in the hill tracts of Assam".

Far from being occasional aberrations, conversions have been widespread enough to cause demographic changes, as the eminent sociologist, MN Srinivas highlighted over 50 years ago: "one factor which has been significant in the growth of some of the largest religious groups in this country is conversion".

It is coercion to require school pupils to carry the Bible or employees to sing Christian hymns, dupery to build trust and friendship, and inducement to provide succor or money or jobs, if these are done "purposely" (the word used in SC judgment) in order to convert people to one's own religion. But this has been going on for a long. In fact, five decades back, Srinivas commented on the role of such evangelical bribery - 'In the case of Christians, especially recent converts, conversion has been followed by intensive efforts to educate the converts and to find employment for them. The money and political influence commanded by the foreign missions enabled them to provide employment for the converts in a variety of occupations.

Christian evangelistic organisations, with vast resources of men and money and having global reach, pursue their aims in a well-structured manner. There are toolkits, guidelines, and even apps for the guidance of their members and volunteers who are exhorted to use such methods on non-Christians in their social circle. By definition, the purpose of evangelistic organizations is to convert people to Christianity. That they still continue to function in India, in spite of the provisions of our secular Constitution to the contrary, more than seven decades after our political independence, shows that this is one malign legacy of the British Raj that is yet to be revoked. Only after the legal proscription of proselytization, in all its coercive, devious, and beguiling forms, can a truly secular Indian nation emerge from its colonial trappings and Mother India rise in her plural richness from the ashes of an empire.

(The writer, a former banker, has turned in his mellow years to column-writing out of his love for nonviolence, social harmony and universal brotherhood.)