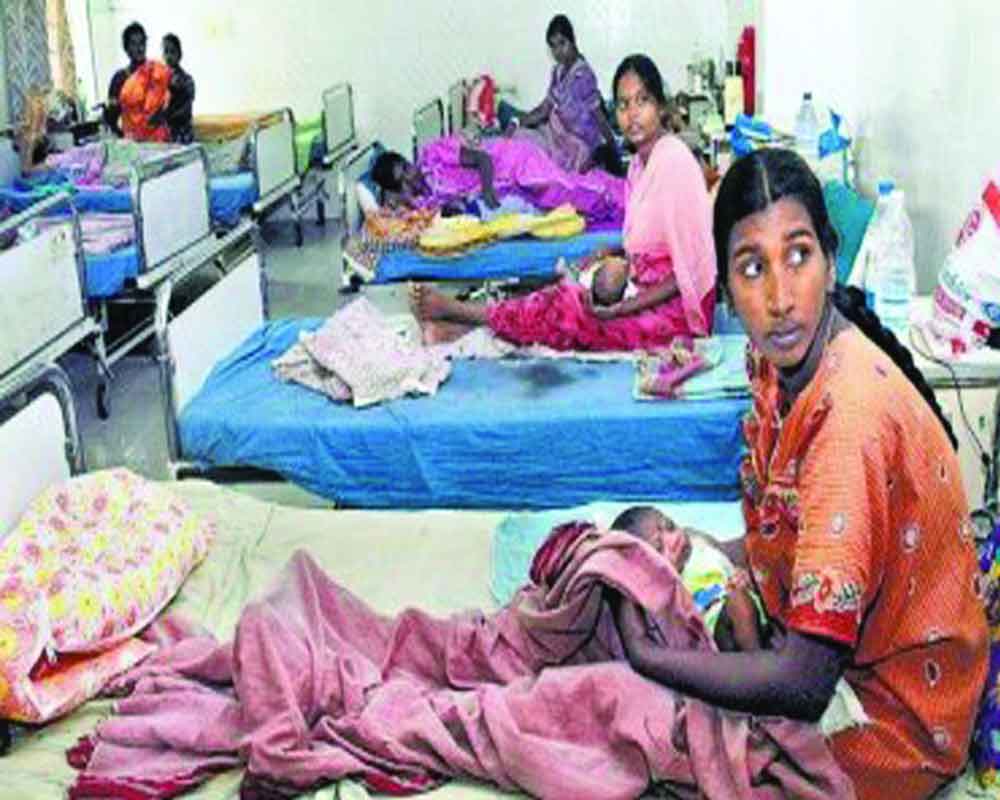 In August last year, over a hundred women, majority of them tribal, underwent tubectomy surgeries in the Surguja district of Chhattisgarh. Unbelievable as it may sound, all the 101 sterilisation procedures were carried out by one surgeon within a span of eight hours in a small community centre. Under the central Government’s National Family Welfare Programme guidelines, a doctor can conduct a maximum of 30 sterilisations in a day.

When issued a showcause notice by the state health department asking why this was done, the concerned doctor contended he had been pressurised to do so by the villagers. He said the villagers told him that they had travelled long distances for the procedure and it would be difficult for them tocome again. Hence, all the women had to be operated the same day.

Fortunately, all the women survived this marathon mass sterilisation session.They were lucky history didn’t repeat itself and they escaped the tragic fate of many of the women who were brought to sterilisation camps in Bilaspur, Chhattisgarh, in November 2014. Of the 140 women brought, 83 of them were operated upon within four hours. Botched surgeries led to the death of 13 women.

Although Government sterilisation camps were banned in 2016 by the Supreme Court following the death of 363 women during or after sterilisation conducted in such camps between 2010 and 2013, clearly these orders were not being followed as the 2014 incident showed.

Nonetheless,that women are willing toundergo the procedure even though it means waiting for hours and accept the risks involved,again brings to the fore the unending and unrelenting pressure on women to bear the burden of contraception and planning their families.

With men shying away from taking responsibility for family planning, women opt for sterilisation as a permanent contraceptive method to prevent unintended pregnancies. The latest National Family Health Survey showed an increase in female sterilisation in the last five years. More women in the rural areas went under the knife than in urban areas.

Although the survey  data for Chhattisgarh has not been shared yet, it is unlikely that the state would have been able to shed its dubious distinction of accounting for a higher percentage of female sterilisation than the national average. It was 46.2 per cent in 2015-16 (NFHS-4) compared to the national average of 36 per cent (NFHS-4). Male sterilisation was an abysmal 0.7 for the same period even though compensation is higher for vasectomy (Rs 2,000) than for tubectomy (sterilisation for women), which is Rs 1,400.

While most female sterilisations stem from entrenched patriarchal beliefs that males would lose their virility and masculinity if they opted for vasectomy, women’s lack of sexual and reproductive health knowledge about appropriate and available contraceptive methods and, their limited access to services has increased their vulnerability. Women have been given little or no information and counselling on contraception and that has prevented them from knowing its benefits and side effects. This could be why one of three women had not given informed consent before undergoing sterilisation, according to a Population Research Institute study.

Globally, an estimated 257 million women who want to avoid pregnancy are not using safe, modern methods of contraception, and where data is available, nearly a quarter of all women are not able to say no to sex. In India too, women lack agency and control over their bodies.

Numerous studies have shown how unintended pregnancies negatively impact the physical and mental health of mothers and cause high, and often catastrophic, out-of-pocket expenditures for families.

Many women choose abortion to end this unintended pregnancy. Abortion being legal in the country, (Medical Termination of Pregnancy Act, 1971), majority of rural and poor women visit primary health centres (PHCs) to seek this service and access health care. But only a few PHCs provide abortion services. Only five percent of PHCs in Bihar and four per cent in Uttar Pradesh provide abortion services. Stigma and discrimination coupled with poor access to safe medical services force women to resort to unsafe means.

There has also been a rise in the number of cases seeking permission from the Court to terminate pregnancy finds Pratigya, a network of over 110 individuals and organisations working towards protecting and advancing women’s rights and their access to safe abortion care in India. During their study of the role of the judiciary in women’saccess to safe abortion, they found that 243 abortion cases were filed in various High Courts from May 2019 to August 2020.compared to 175 cases were filed in three years. This indicates access to safe and legal abortion services in this country still leaves a lot to be desired, says Anubha Rastogi, Pratigya Campaign Advisory Group Member and author of the report.

Attempts to bridge some of these gaps have been made. While Pratigya has crowdsourced an authentic database of Medical Termination of Pregnancy (MTP) providers to help in locating the nearest MTP provider ( pratigyacampaign.org/mtp-providers/ ), the Asia Safe Abortion Partnership along with its NGO  partners, MASUM and ISAY, have been running a year-long campaign to highlight the challenges faced by many marginalized communities in accessing the MTP Act.UNFPA in India has been working in tandem with several NGOs and the government to address stigma and negative social norms,says Andrea Wojnar, UNFPA India Representative.