Window to outside world

Window to outside world 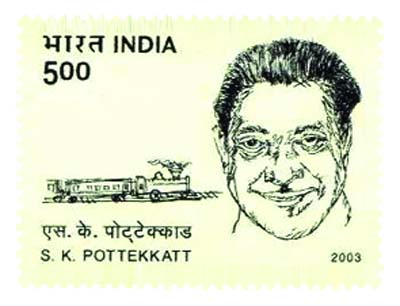 SK Pottekkatt’s Oru Deshathinte Katha has finally been translated into English. Kumar Chellappan tells us more about the Malayalee novel and what makes it so special

India’s biggest literary coup in 2013 has been the publication of the English translation of Oru Deshathinte Katha (The Story of a locale), the Malayalam novel authored by Sankaran Kutty Pottekkatt in 1971. The work got Pottekkatt a series of top honours, including the 1980 Jnanapeeth Award. In a literary career spanning more than four decades, Pottekkatt wrote 10 novels, hundreds of short stories, three anthologies of poems and 18 travelogues. He was a Malayalee’s window to the outside world as he was the pioneer in travelogue writing.

At a time when the concord and jumbo jet aircraft were unheard of and inter-continental travelling was considered an elite man’s domain, Pottekkatt went all over the world — by foot, bullock cart, donkeys, trucks, buses, trains, ships and even aircraft. Whatever he wrote bears the distinct Pottekkatt touch which makes his works dear to all readers.

All of his writings, whether it be novels, short stories or travelogues, reflected the dreams, hopes and aspirations of the common man. Though he died in 1982 at the age of 69, his works continue to attract attention because of their simplicity, intellectual honesty and uniqueness. Till date no one in Kerala has come out with travelogues or novels matching the quality and substance dished out by Pottekkatt. Though critics have tried to limit Pottekkatt’s role to that of a travelogue writer, all novels authored by him stand out for their craftsmanship, articulation, intellectual honesty and simplicity.

As for Oru Deshathinte Katha, it is an autobiographical novel. The English translation has been titled Tales of Athiranippadam. Sreedevi K Nair and Radhika P Menon, the two young English professors who translated the work, might have felt that the word locale or land (which denote Desham) may not be able to convey the true spirit of the book. The importance and significance of Oru Deshathinte Katha is that it will always feature among the five best novels ever written in Malayalam. In fact, it is believed down South that if one has not read Oru Deshathinte Katha, one has not read Malayalam literature. It is, therefore, sad that it took more than four decades for the English reader to get Tales of Athiranippadam.

Athiranippadam is the name of the locale where Sreedharan, the main protagonist, was born and grew up. We can see Pottekkatt getting reflected in Sreedharan. The novel — spanning a period of six decades and unfolding across continents like Asia, Africa and Europe — incorporates many historical landmarks like World War I, the Moplah rebellion of Malabar, India’s freedom struggle and changes in the lifestyle of the people as well as the countryside over six decades.

The novel begins with Sreedharan’s visit to Athiranippadam after a gap of 35 years. A 10,000 litre capacity water tank stands in the spot where once stood the thatched house of Ammukutty, whom he had met during his adolescence while returning from the local library. It was raining that day and he saw this girl struggling to keep her umbrella in the howling wind. Her umbrella soon became a bundle of broken skeleton. He offered his umbrella to her, while assuring that he would return her damaged umbrella after getting it repaired — which he did within a few days. He, however, could not meet her thereafter, though he always desired to see her. A couple of years later, her brother approached him and handed over a note-book. When Sreedharan opened the book, he found poems written by Ammukutty. When asked about her, the brother said with a stream of tears: “My sister died some days ago... And she had asked me to hand over this note-book to the young poet of Athiranippadam”.

Kunjappu, Sreedharan’s elder brother who participated in World War I, enlightens the Athiranippadam villagers with his experience in Basra. Interestingly, Oru Deshathinte Katha and Pottekkatt were subjects of discussion during the US intervention in Iraq. It was Basra, the port city in Iraq, which brought back memories of this book back to the mind. All military stories, recounted by Kunjappu, after his return from the war were based on Basra. Kunjappu’s claim that he killed 20 Turks single-handedly, earned him the sobriquet Basra. When TV news bulletins featured the US attack on Basra, many people in Kerala were heard saying; “Come on, this is the place Kunjappu had been during World War I.”

The novel also tells the story of one Kunhi Kelu Melan, who had thousands of acres of lands and who used to travel in an imported car, but ended up being a beggar. Pottekkatt had once mentioned that Melan was a real-life character at Athiranippadam, the fictitious small town. But Elanjppoyilil village is not a figment of imagination. Pottekkatt’s nephews still live there and they tell how their uncle used to cycle all the way from Kozhikode carrying with him halwa and other sweets.

The transformation experienced by human beings as they grow old and how they become strangers to the new generation in their own land forms the central theme of Tales of Athiranippadam. The gradual change of a conventional matriarchal society into modern society has been brilliantly told in this novel. When Sreedharan returns to Athiranippadam after 35 years, what welcomes him is Coca Cola and Western music played out at modern-day eateries.