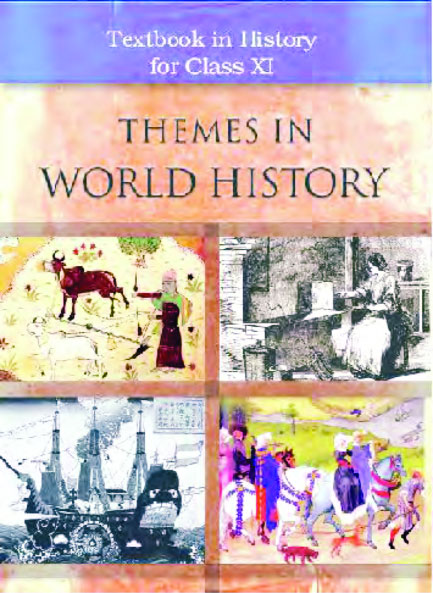 Western history was written exclusively by Christian priests, who wanted to convert the entire world to Christianity. A sustained debate is needed to expose the lack of evidence for churchified history

One often hears about the saffronisataion of history but never about its churchification. However, for some 1,500 years, Western history was written exclusively by Christian priests. Their stated goal was to convert the whole world to Christianity. Did they speak about the unbiased truth of historyIJ Hardly.

The first church historian, Eusebius, extravagantly glorified the Roman emperor, Constantine the Great, who enabled the church to marry the state —  a marriage which swelled the coffers of the church. To enforce a profitable monopoly, the Christians waged a war against the surviving ‘pagans’; they burnt down the Great library of Alexandria.  The next church historian, Orosius, wrote during this religious war. The very title of his book, History Against the Pagans, shows it was a war propaganda. He constantly belittled and denigrated ‘pagans’.

This became the model of future church history, glorifying itself and denigrating all ‘others’. With the rise of the Abbasid Caliphate, Constantinople (Istanbul) became a tributary of Baghdad, which invested heavily in knowledge, gathering it from all parts of the world, especially India and China. The Baghdad Bayt-al-Hikma seeded a culture of books, and huge libraries sprouted across the Islamic world from Timbuctoo to Tashkent.

Many of these Arabic books were translated into Byzantine Greek, in Istanbul. The translators (all priests of the Greek church) injected their chauvinism into the translated texts, planting stray remarks, attributing authorship to Greek names, real or imaginary. Few people are aware that unlike the Rhind papyrus, or Iraqi clay tablets, there are no original Greek sources for the purported achievements of Euclid, Archimedes, Claudius Ptolemy, etc.

Unlike also the Indian case, there is no continuous chain of intermediate commentaries which reproduce the original in full. The ‘evidence’ for claims of Greek scientific achievements comes from stray remarks in discontinuous and late Byzantine Greek texts from over a thousand years after the purported event. In fact, we do not actually have even those ‘early’ Byzantine Greek sources (which are only a thousand years late) but only purported copies and translations of them from several centuries later.

This method of falsifying history by attributing all early knowledge to Greeks turned virulent during the Crusades. Militarily the Crusades (after the first) were failures. A key reason for this failure, as reported by Christian spies like Adelard of Bath, was that the Christians were deficient in knowledge compared to Muslims. Hence, the church now sought knowledge from Muslims. An opportunity arose when Toledo fell, and its huge library of Arabic books came under Christian control. But the church dithered. WhyIJ

The earlier church policy was to burn non-Christian books as heretical. But now it wanted to learn from the books of the religious enemy. That too during a religious war! Therefore, an excuse had to be invented to make the translations of Arabic books seem theologically correct.

It was claimed that all secular knowledge in Arabic books was an exact replica of what the early Greeks did. Since there were no early Greek sources, this claim was faith-based. It is contrary to commonsense that a scientific text would stay unchanged for a thousand years. But evidence or commonsense did not matter to the church, what mattered was that Eusebius had declared the early Greeks as the (sole) “friends of Christians”.  Hence, attributing the source of knowledge to early Greeks made it a Christian inheritance! This flimsy excuse of Greek origins enabled the mass translations of books in the Toledo library, though many of these books were nevertheless initially placed on the index.

Such acts of faith are not history. As David Fowler, a leading expert on Greek mathematics, explained, the earliest source for Archimedes is a Byzantine Greek text supposedly from the ninth century. Alas, even that was lost! What we actually have is a 16th century latin text asserted to be a translation of it, whereas it probably reflects 16th century. knowledge.  That is, all the evidence for Archimedes comes from a 16th century text in another language from another place, 1,800 years after the purported date of Archimedes!

To call this ‘evidence’ is as fanciful as claiming that a modern text on aerodynamics in English, from london, is an exact replica of an unknown Sanskrit source from the third century CE! The fanciful ‘Archimedes palimpsest’ is hardly worth discussing.

The Greeks could not have done science because they lacked sophistication in mathematics.  Thus, the Greek/Roman system of numeration was so primitive they had no systematic way to represent fractions. Hence, there was no way Archimedes could have done anything on the sphere and cylinder (as Egyptians did). This inability to work with precise fractions is seen also in the calendar. Though the Romans laughed at the Greek calends, and Julius Caesar reformed the calendar with great fanfare, the Julian calendar remained defective just because the Romans had no way to write the precise fraction (not 365 ¼ days) for the duration of the (tropical) year.

This churchified history of Greek origins was later systematically promoted by racist historians who portrayed the Greeks (even from Alexandria in Africa) as white. Colonial historians further advanced it, linking the  ‘Hellenic’ civilisation to the West. This claim facilitated colonial education: The filtered history written by losers in an earlier war, helped to consolidate colonial power. Those who wrote a biased version of history became victors.

We received this slanted history through colonial education, failing to see it was church education. It was intended to create a sense of inferiority among the colonised, whether Indians or blacks in Africa. Nevertheless, even 70 years after independence, we continue to glorify those mythical Greeks and their imagined achievements in our present-day school math texts from NCERT and various States. This false history is harmful in other subtle ways: Our entire teaching of math is premised on the false history of ‘Euclid’, and masks the demand to imitate church practices related to its theology of reason.

The colonised mind is comfortable with churchified history, even without evidence, but objects vociferously to any modification.  Our school texts must be changed, but enforcing a change is counter-productive. This results in a flip-flop in the school texts every time the Government changes. A sustained public debate is needed to expose the complete lack of evidence for churchified history.

(The writer is an author)