The abiding mystery of Kashgar

The abiding mystery of Kashgar 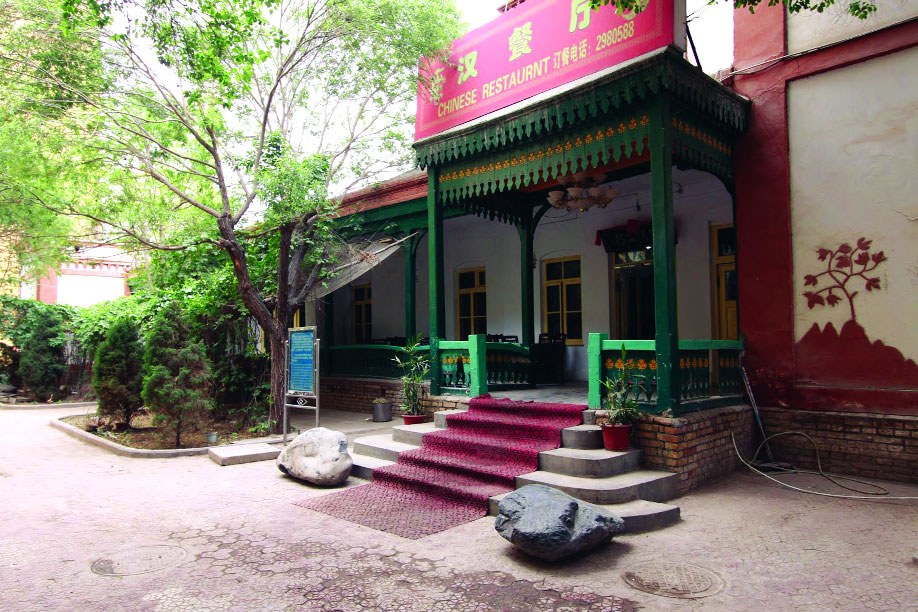 After years of silence over the sudden closure of the Indian Consulate in Kashgar, China, keen to have India as part of OBOR, is ready to reopen the consulate

Post-Independence, one of the most mysterious events which occurred in the early 1950s (and perhaps earlier), is still shrouded in veils; it is the closure of the Indian Consulate in Kashgar.

In a speech in the Parliament in December 1953, Nehru said, "Some major changes have taken place there [Kashgar]. …But when these changes, revolutionary changes took place there [we had to close our Consulate]."

At that time, nobody questioned these changes.

Though the Karakoram Pass was still witnessing a large number of caravans carrying on trade between Kashmir and Central Asia, Delhi accepted the closure of its Kashgar consulate as a fait accompli, just because a 'revolution' had taken place.

It is not that there was no opportunity to clarify why the Kashgar Consulate was closed, but strangely the issue was never raised, though a Top Secret note prepared for the Panchsheel Agreement negotiations in November 1953, says, "We could ask the Chinese Government to restore the normal traditional trade between Sinkiang and Kashmir, which has been completely stopped now. In fact, we had to close down our Consulate General in Kashgar and all our Indian traders have returned."

However, the Indian negotiators kept mum as Delhi was not keen to offer 'a bargaining counter for China to open more Consulates in India'.

Some documents recently declassified by the Central Intelligence Agency (CIA) bring some light on the 'revolutionary' events in Xinjiang in the early 1950s, particularly a summary of the happenings between 1950 and 1953. A section entitled 'Treatment of Foreigners' says: "The consulates general of Pakistan and India were closed in November 1949. Shortly after the Chinese Communist Army arrived in later December 1949 and in January 1950, restrictions were placed on the movements of people."

Why before the Chinese arrivedIJ Again a mystery!

Though 'closed', the Indian Consulate continued to function normally during several months, but in the Fall of 1950, the Indian Consul General, Capt Ram Sathe (later Indian Ambassador in China) had to leave Kashgar …by the most treacherous land route, via the Karakoram pass.

Col PN Kaul, who later served in lhasa as Consul General, mentions in his memoirs: "Our consul general in Kashgar, RD Sathe of the Indian Foreign Service and an ex-Army officer, and his wife also arrived in leh during the winter of 1950, after their long and difficult journey from Kashgar. From distant Urumchi (Tiwah), the capital of Sinkiang, came the American consul general, Paxton, and his young wife. They had to stay with us before they could be airlifted. They had an exciting story to tell of their flight from Sinkiang. …Another person who dropped in over the passes later was the British vice-consul from Kashgar." All the foreign diplomats (except the Soviets) had no choice but to escape the Communist 'revolution'.

A few other reports from the CIA give a clearer picture of the happenings in Xinjiang. On March 21, 1951, the CIA notes: "the Chinese troops stationed in Sinkiang use systematic, disciplined violence for political reasons, …[while] rations, ammunition and military stores are received from the USSR."

The entire trade with Soviet Union and Central Asia was suddenly nationalised "and it is planned to nationalise the land. Sinkiang supplies wool, cotton and leather to the USSR, and in return receives kerosene, gasoline and old fish-plates from the USSR"

As a result, hundreds of Indian traders had to flee Kashgar; they travelled in appalling conditions before reaching leh and Srinagar.

The CIA report continues: "almost all food in Sinkiang is being sent via Kashgar to the USSR by Russian trucks. Even the farmers have little food, and there is acute distress in the cities." At the time, there is not yet any active rebellion: "Russians are working in each Sinkiang government department."

Worse for the 'foreigners': "The Communists in Sinkiang spread anti-Pakistan, anti-British and anti-American propaganda, but because of the dislike of the Turki [Uyghur] population for the Communist Government, the propaganda has little effect."

Two years later, another report remarks: "the authorities were engaged in liquidating large numbers of people accused of having participated in the 1944 revolt against Chinese rule. [Sinkiang was then made an autonomous province supported by the USSR]."

Restrictions have greatly increased, notes the CIA: "it is necessary to obtain police permission before inviting guests to one's home. Further, the traditional fortification walls surrounding the two cities of Kashgar were torn down by forced labor: "All women in both cities were compelled to work at removing the debris resulting from the destruction. The men of Kashgar were being forced to work on the construction of roads and buildings."

During the last months of 1952 "the Government was vigorously pursuing its program for the redistribution of land. Every man agreeing to work in the fields was given 10 mows [a mow equals 0.1647 acres] of land which had been confiscated from wealthy landowners."

The report adds: "By the end of 1952 all profitable business, including the silk industry in Khotan, was under Government control. Private business was discouraged, and almost all shops had been turned into Government owned cooperative stores. The salaries paid to shopkeepers were barely enough to cover their living expenses. …any person found with gold or silver in his possession was suspected of engaging in black-market traffic in these metals, a crime, and was subjected to official interrogation concerning the manner in which he obtained it." These were the 'revolutionary' changes mentioned by Nehru.

What is striking is the omnipresence of the Soviets who, "posing as engineers, were in almost every town in southwestern Sinkiang."

Meanwhile, propaganda goes on full swing: "In every administrative unit youth organizations had been established to carry on propaganda work aimed at reactionary elements in the population. Pictures of Mao and Stalin were displayed in almost every home."

The officials in the Government of Sinkiang Province assured the people that "the Chinese in the administrative structure were there simply to teach the natives of Sinkiang the art of governing, and that soon the full Governmental administrative responsibility would be turned over to the people of Sinkiang." It is ironic that more than sixty years later, the Han cadres still control the restive province.

Reading these detailed CIA reports makes one understand the chaotic atmosphere in Xinjiang and particularly in Kashgar.

In October 1953, a short sentence at the end of a monthly report sent to Delhi by the Indian Ambassador to China, reads: "Indian Consulate General at Kashgar was closed by us during the month and Indian members of our staff started on their return journey home by the overland route."

Returning to 2017, China is today keen that India should join the One Belt One Road initiative, in this case, the Indian Consulate in Kashgar should be reopened. It would be one proof of China's sincerity.

(The writer is an expert on India-China relations and an author.)