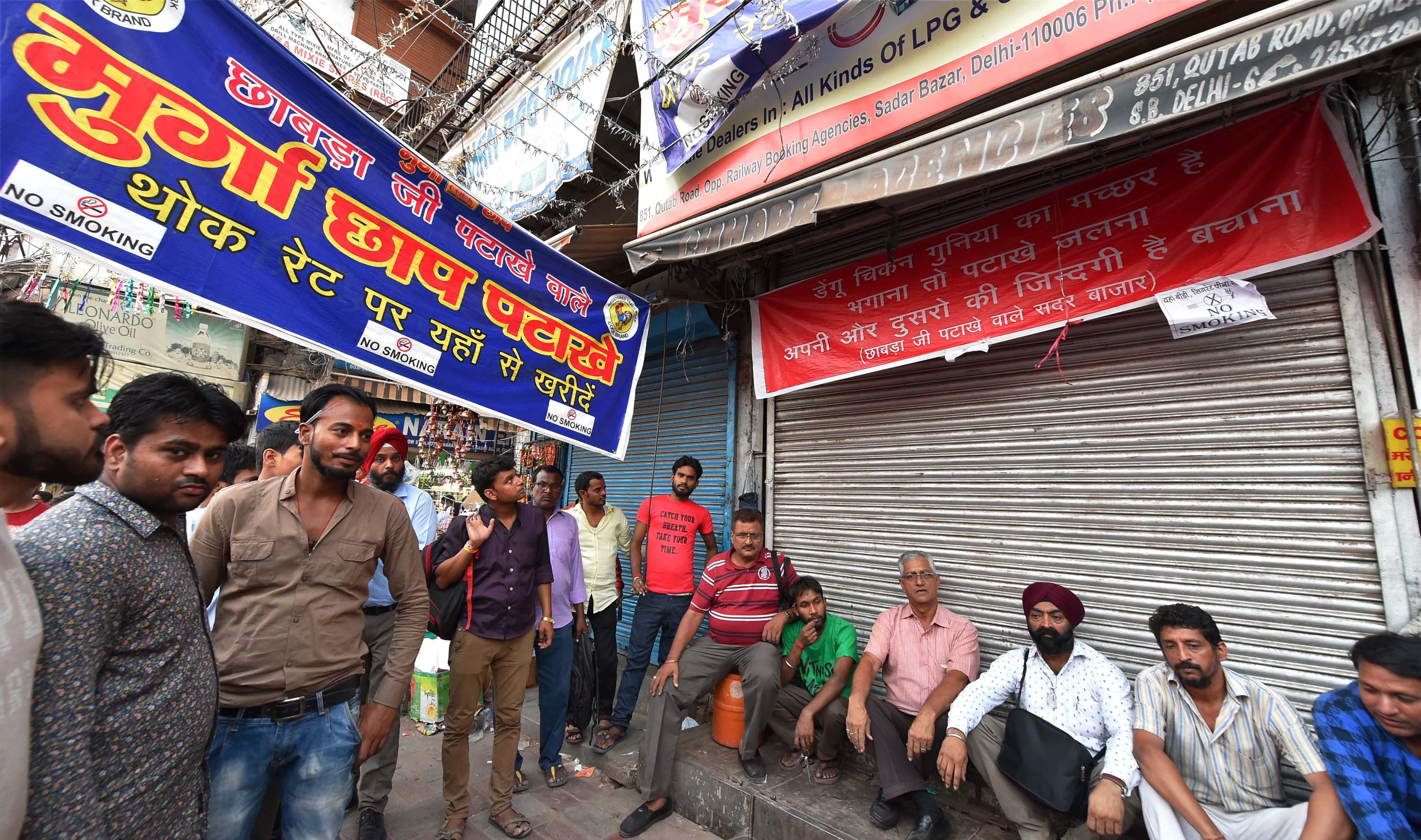 In an undesirable step that is certain to dampen the festive spirit ahead of Diwali, the Supreme Court on Monday banned the sale of firecrackers in Delhi-NCR till November 1 and accordingly suspended all existing licences held by firecracker shops to make way for denizens to breathe clean air. Strangely, the ban comes in force ten days before Diwali and ends ten days later.

The decision was given by a three-judge Bench on a petition filed by three children who complained about the alarming rise in pollution levels in the city around Diwali, claiming it to be a violation of their fundamental right to breathe clean air under Article 21 (right to live). As per World Health Organization (WHO) standards, Delhi is the most polluted cities in the world with air pollution 29 times above the standard level.

However, an empirical study by IIT-Kanpur, in possession of The Pioneer, shows the SC was misled into ordering ban on firecrackers ahead of Diwali.

Interestingly, an IIT-Kanpur research paper commissioned by the Delhi Government in 2016 has found that the pollution levels in the month of November 2013 were higher than the day on which Diwali was celebrated.

IIT Kanpur quoted the data of 2013 to buttress its claims.

One may argue that the Diwali pollution persists for three weeks, but the data falsifies such a hypothesis. What is interesting, however, is three weeks after Diwali, the pollution levels increased on November 23.

The pollution levels on Diwali day dipped below the mean levels by the next day. Furthermore, the median pollutants in the air across the month also seem to be well below mean levels.

These two data together suggest that the pollution caused by Diwali is extremely short-lived (less than 24 hrs), and is no worse than the usual sporadic spikes of pollutants that are observed in Delhi around the year.

Meanwhile, in reaction to SC’s order, the Confederation of All India Traders said conducting business of firecrackers is a centuries’ old legitimate activity protected under the Constitution that ensures “right to work” and as such the Union Government should file a review petition before the SC. The group said the ban on sale of firecrackers in Delhi and NCR is infringement of their fundamental rights.

Experts strongly feel that the SC order has overlooked the pollution caused by other factors in the national Capital. A Greenpeace report has claimed that Indian metros are uninhabitable all around the year, with respect to air quality.

Particularly Delhi has the distinction of being the most polluted city in the world.

Average year round air pollutant levels in Delhi were more than 5 times the safe levels as specified by India and were 10 times higher of that as specified by the World Health Organization (WHO).

Greenpeace report has identified construction dust and vehicular traffic to be the two largest contributors of pollution. The third largest contributor was practice of burning paddy husk in neighbouring states such as Punjab, Harayana and Western Uttar Pradesh

Evidence suggests that construction dust may be the biggest culprit, when it comes to air pollution.

Experts said the air quality of the NCR has already deteriorated despite no firecracker being burst. The National Air Quality Index (NAQI) has marked air quality as “poor” in terms of Particulate Matter (PM) -2.5 while NAQI has marked poor to air quality. With the SC banning the sale of firecrackers in the Delhi-NCR till November 1, can Delhiites breathe a sigh of reliefIJ

Data base of various pollution monitoring agencies reveal that in winters, rise in pollutants values is not observed during Diwali week but in peak winters season when Suspended Particulate Matters (SPMs ) could not settled down due to wind speed, level of moisture and thermal inversion process.

In 2016, pollutants levels in city air were observed many fold higher than prescribed limits in October, whereas, during Diwali week, the level of pollutants is observed relatively low.