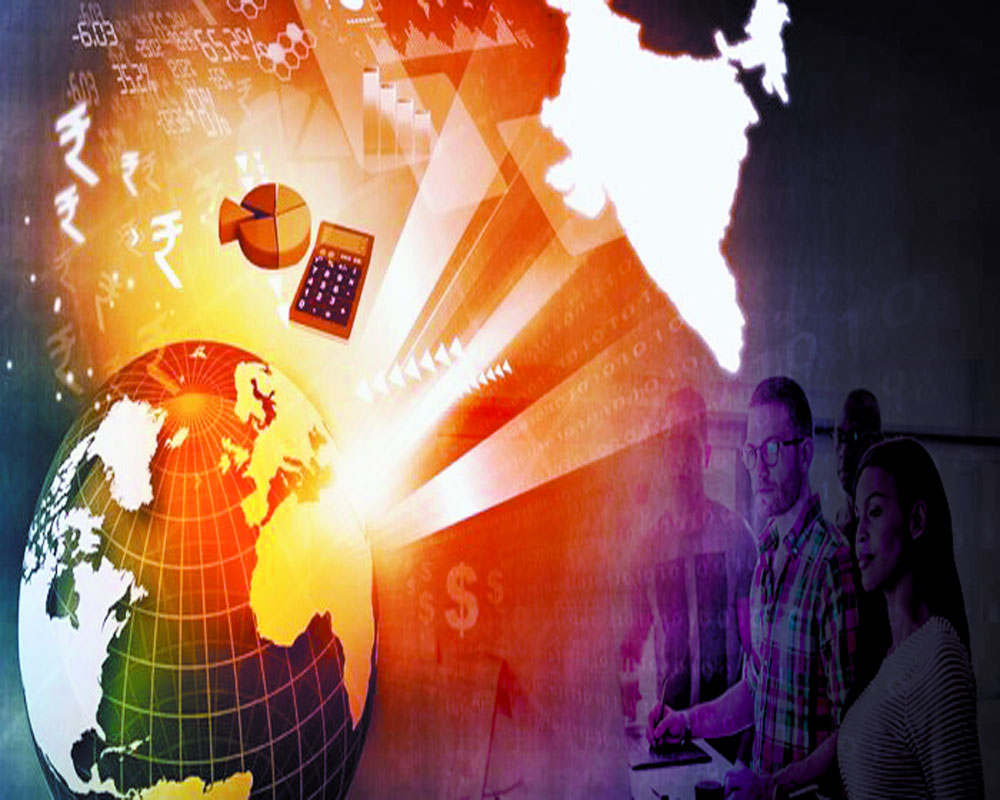 China and India are two of the fastest growing large economies in the world.  The fact that in the next couple of decades, India will have a large portion of its population joining the working age group, the ‘demographic dividend’, is often touted as a huge fillip to economic growth particularly relative to China, which has the fastest aging population.

One million Indians enter the workforce every month, but with insufficient jobs to channel their talent toward productive activity, the predicted economic growth will fail to materialise. Although India’s infrastructure has struggled to keep up with the heightened pace of economic activity post-market liberalisation, which has exacerbated India’s socio-economic and environmental problems, social entrepreneurship can channel the energy of India’s youth to solve her complex challenges.

Over the last decade, the Government of India has had several new initiatives to support entrepreneurship. The Start-up India initiative (January 2016) provides mentoring, access to funds, knowledge support, and has set up research centres and incubation centres across India.  There have been large efforts to build an ecosystem to support entrepreneurs like providing legal support, fast-tracking IP applications, thousands of crores in funding earmarked for start-ups, credit guarantees, tax exemptions, hundreds of incubators and start-up competitions.

Before the Start-up India initiative, there were only four states with start-up policies, while now with Manipur and Meghalaya in August, and most recently Goa in September, there are over 18 states with start-up policies and initiatives. Maharashtra launched one of the largest initiatives in May with the aim to open 15 incubators, attract Rs 5,000 crore in investments, and create 500,000 jobs via 10,000 start-ups over five years.

In terms of the Global Entrepreneurship Development Index (GEDI), although India’s score has increased from 23 in 2010, to 24.9, 25.8 and 28.4 in 2016 to 2018, we rank right in the middle at 68 out of 137 countries. There are also large gains to be had in technology absorption because for the past two years, technology absorption has been our lowest component of the index.  Therefore, deep science and technology-based entrepreneurship remains a critically unused tool to address India’s complex problems.

Innovation is critical for a solution to be scalable and achieve impact. You may be able to mobilise thousands to clean the trash in one particular locality over a weekend.  But trash will build up again without building a solution which makes it easier to segregate waste at source, incentivises compliance, penalises non-compliance through a business model built around a solution that can implemented at scale.

The type of scale required to make a dent in any of the complex challenges facing India will necessarily require a technological intervention.  Across our much vaunted science and technology-focused academic institutions like the IISc, IITs, NITs, and AIIMS, and our lauded research institutes under Department of Atomic Energy (DAE), Department of Science and Technology (DST), Department of Biotechnology (DBT), Council of Scientific & Industrial Research (CSIR), and others, innovative technologies are constantly developed that could potentially help solve India’s complex problems.

However, many of these innovations remain in the lab as prototypes and don’t even reach pilot stage, much less commercialisation. This is because, apart from the few outliers/ unique cases, the innovators behind the R&D may not have the inclination or risk appetite to turn into an entrepreneur and take these technologies to market.

Lack of risk capital and other enablers makes it difficult for anyone to take the business and career risk. In the commercial world, corporations do have an interest in licensing promising technologies and patents and use their own internal R&D and product management competence to ensure a lab to market transition.

However, lack of business entrepreneurship in the social/development sector creates a huge gap between the lab and market as the deep science and technology innovations remain trapped in the labs, despite their tremendous potential.

Programmes like Entrepreneurs for Impact (E4i) helps to unlock this potential and support early-stage start-ups to solve India’s complex socio-economic and environmental challenges through the power of entrepreneurship and innovation.  The E4i programme, which is a 12-month immersive fellowship funded by Tata Trusts, equips passionate entrepreneurs-in-the-making to leverage India’s deep science, innovation and entrepreneurship environment to build social enterprises. Entrepreneurs and innovators are encouraged to create co-founding teams and are provided appropriate resources to build start-ups that solve some of India’s most critical social, economic and environmental challenges.

The writer is lead, Entrepreneurs For Impact Programme, Social Alpha