Back to the future in China?

Back to the future in China? 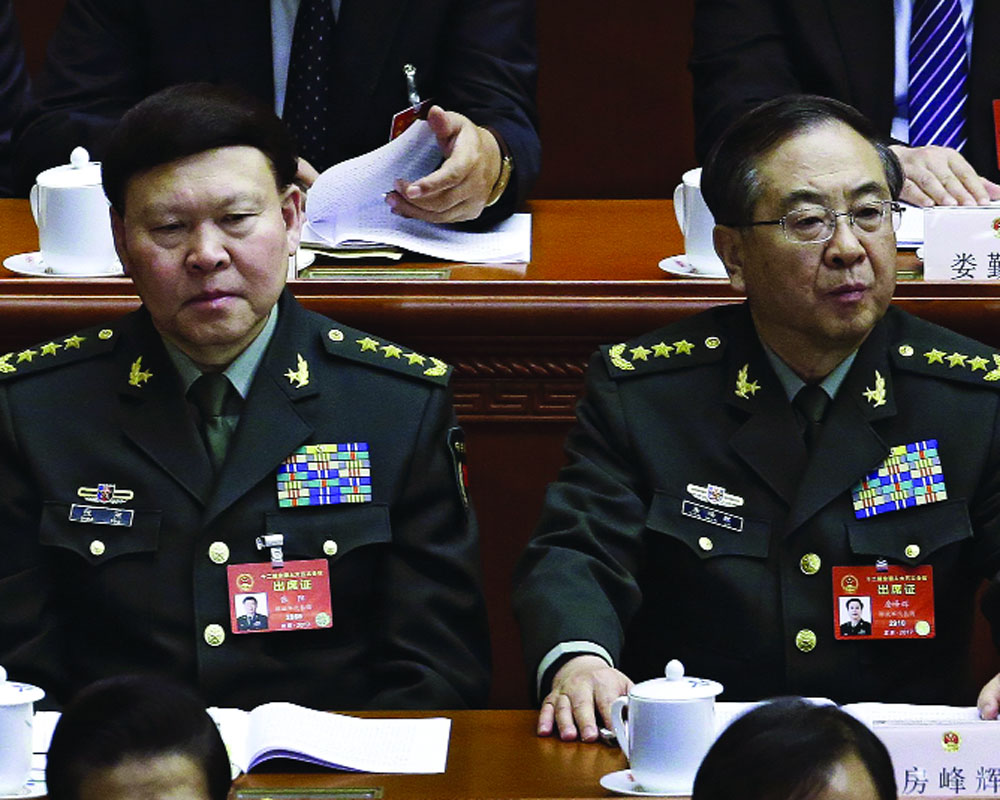 The large number of ‘Lin Biao incidents’ taking place all over China smell of political vendetta and render the current regime weaker than it has ever been. Does Xi realise this?

On September 13, 1971, a Chinese Trident 1E airliner crashed in Inner Mongolia; everyone on board was killed. The special flight carried Marshal Lin Biao, China’s Defence Minister and Vice-Chairman of the Central Military Commission (CMC). Lin, a great soldier and Mao Zedong’s heir apparent, was also one of the architects of the dreaded Great Proletarian Cultural Revolution. The official narrative says that Lin was fleeing to the Soviet Union after a failed coup against Mao when his airplane ran out of fuel. Observers, however, believe Lin was fleeing an impending purge in the military; some leaders had gained too much power for Mao’s liking. Was the crash an accident? A year later, when US President Richard Nixon asked Zhou Enlai, the Chinese Premier, about what happened to Lin, Zhou smiled and cryptically said: “Lin left on a trip to Moscow and disappeared en route.”

This story came back to mind, when on October 21, the news that the head of the Chinese Government’s liaison office in Macau died by falling from the building at his residence. According to the well-informed South China Morning Post: “Hong Kong officials and politicians expressed shock over the sudden passing of Zheng Xiaosong.” He had been ‘suffering from depression’, said the official statement issued by the Hong Kong and Macau Affairs Office (HKMAO).

It was last year only that the 59-year-old cadre had taken up the post in Macau. A Press release from Beijing affirmed that “leaders of the Central Government have entrusted comrades from the HKMAO to travel to Macau and send condolences to Zheng’s family”. Zheng’s death came just a few days before the opening of the 55km-long Hong Kong-Zhuhai-Macau bridge, to be inaugurated by Chinese President Xi Jinping.

Interestingly, Zheng belonged to the Fujian gang of officials, who worked in Xi’s favourite Province: “I spent my beautiful youth in Fujian Province. It lasted for 17 and a half years since I started to work there in 1985…I experienced the process of Fujian’s reform and opening up, moving forward with great momentum and changing with each passing day,” once wrote Xi.

Soon after Xi Jinping came to power, Zheng was promoted secretary of Fujian Party’s provincial committee. In the meantime, officials in Macau were unanimous, “it is unfortunate, one should not speculate”. Let us not speculate, but strange things seem to be happening again and again in China. In November 2017, The New York Times reported: “A senior Chinese general who was under investigation for bribery has killed himself, a development that cast a shadow over President Xi Jinping’s expanding crackdown on corruption and dissent.”

General Zhang Yang, formerly in-charge of the People’s Liberation Army’s (PLA) General Political Department, was found dead in his home in Beijing. He hanged himself. Xinhua said General Zhang was living at home “while being questioned in connection with corruption charges”. The US newspaper added: “Suicides by top officials are almost unheard-of in China, and the ruling Communist Party appeared uncertain how to handle the death. State-run media gave no explanation for the five-day delay in disclosing the news.” General Zhang was called “a traitor and coward for taking his own life.”

The PLA Daily just said: “In committing suicide to avoid punishment from the party and the country’s laws, Zhang Yang’s action was abominable.” General Zhang was called ‘a two-faced’ general. But that was not the end of Zhang’s ordeal.  Last week, it was announced that he had been posthumously stripped of his Communist Party membership and military rank for corruption. His colleague Fang Fenghui, a former chief of joint staff, still alive, received the same punishment for seriously violating political discipline and Central Government rules banning extravagance and taking bribes.

In October 2017, The PLA Daily had reported that Xi Jinping had launched a sweeping anti-corruption campaign: “At least 13,000 military officers found to be involved in corruption have been punished over the past five years.” Apparently, Fang and Zhang were linked to former disgraced Central Military Commission vice-chairmen, Guo Boxiong and Xu Caihou. But were not all the Chinese generals linked to the CMC? There is indeed something strange going on. War on the Rocks, a US publication noted: “Fang and Zhang join a growing list of senior PLA officers that have been arrested, expelled from the Party, and imprisoned on corruption charges…All told, since Xi Jinping came to power in 2012, over 100 PLA general officers have reportedly been forcibly retired or placed under investigation.”

The article added: “This large-scale uprooting, however, is also likely to be driven in part by Chinese internal politics. Many of the senior officers that have been summarily fired and imprisoned are linked to Xi Jinping’s predecessors…As with Xi’s anti-corruption efforts against various civilian leaders, those targeted appear to be political rivals, although this is not to say they may not also be corrupt.” All these incidents (or accidents) create, to say the least, a strange atmosphere in the Middle Kingdom. The oddest has been the arrest of Meng Hongwei, the Interpol chief, when he recently disembarked in Beijing. Let us remember that it was a first time that China held such prestigious post in an international organisation (headquartered in Lyon, France). At the time of Mengs’ arrest, Public Security Minister Zhao Kezhi, presently in India to sign a bilateral agreement, convened a midnight meeting in Beijing to express ‘unanimous support’ for the probe against Meng and pledged, as usual, ‘absolute political loyalty’ to President Xi Jinping.

Meng’s insistence “on doing things in his own way means he has only himself to blame for being placed under investigation,” said a communiqué, which forgot that as the head of an international organisation, he is not supposed to take orders from the Communist Party. Meng was suspected of corruption and violation of laws which ‘gravely jeopardised’ the Party and the police; the same night, Interpol received Meng’s ‘resignation’ as president. Is it not strange that before vetting his name for the prestigious job in France, the leadership in China would have not checked Meng’s antecedents? Nobody can take the sudden accusation of corruption seriously, as it is not while posted in Lyon that Meng could have become rich. All this smells of political vendetta more than anything else. The large number of ‘Lin Biao incidents’ taking place all-over China, render the regime weaker that it has ever been. Does Xi realise this?